Pivotal Price Action Over The Next Week

After two days of heavy selling, energy prices are trying to bounce to start Friday’s session. A break in the risk-off selling seems to be at hand as U.S. equity futures are also pointing higher this morning after a rough week. The price action over the next week looks like it could be pivotal long term as refined product futures are testing the bullish trend lines on their weekly charts, and a break lower will make today’s rally look like a dead cat bounce with another 20 cents of downside to come, while a hold above current levels leaves the door open to testing new highs for the year in June.

More reports that Iran was close to an agreement to lift sanctions (which IF true could bring another 500,000-2 million barrels/day of oil back onto the world market within the year) earned some of the credit for the latest wave of selling Thursday. That announcement was not confirmed by U.S. officials however, and coincidentally came around the same time that a ceasefire in Gaza was announced, which so far has put a stop to the rockets Iran helped build from being fired into Israel.

Hurricane season doesn’t officially start for another week, but already there are two potential storm systems being tracked. The first near Bermuda (which would be named Ana) is unlikely to threaten the U.S., but the second in the Gulf of Mexico could briefly reach tropical storm strength and bring more heavy rain and wind to the Gulf Coast that’s been battered by storms all week, causing several refinery units to be knocked offline.

NOAA is predicting another above-average year for storm activity in the Atlantic basin, with 13-20 named storms, 3-5 of which could be major hurricanes. Given the recent increase in storm activity, the agency is also increasing the “average” number of storms in a year from 12 to 14. That’s not as many as the record setting season we saw last year, but of course it only takes one to cause a major supply disruption since half of the country’s refining capacity sits on the gulf coast, and the region is more vulnerable now due to the saturation that’s occurred this week.

RIN prices joined the selloff in fuel and grain prices Thursday, with reports that the EPA was planning to hold renewable obligations for 2021 and 2022 unchanged due to the COVID-inspired drop in total fuel demand adding to the negative sentiment. As the chart below shows however, the nickel drop in prices this week barely registers on the chart after a 60 cent rally in the past month, and buyers still seem eager to step in whenever there’s a dip.

Who is running the show? On the same day the president made an executive order instructing government agencies to review climate change impacts, a partisan feud between FERC commissioners is leaving pipeline project approvals in the lurch. The FERC situation is eerily similar to the strange reaction by the FTC commissioner last week, when they tried to claim the Speedway sale might be illegal, after it had already gone through.

A new bill proposed in congress Thursday would create a blenders tax credit of $1.50-$2/gallon for sustainable aviation fuel (SAF). The bill is widely supported by the industry, with over 60 organizations showing support for the bill. One interesting note on the bill is that it specifically excludes fuels made from palm fatty acids, which have become a highly controversial “renewable” fuel since they arguably do more harm to the environment than traditional fuels, which is an argument the ethanol lobby will not enjoy if it spreads to other programs as well. 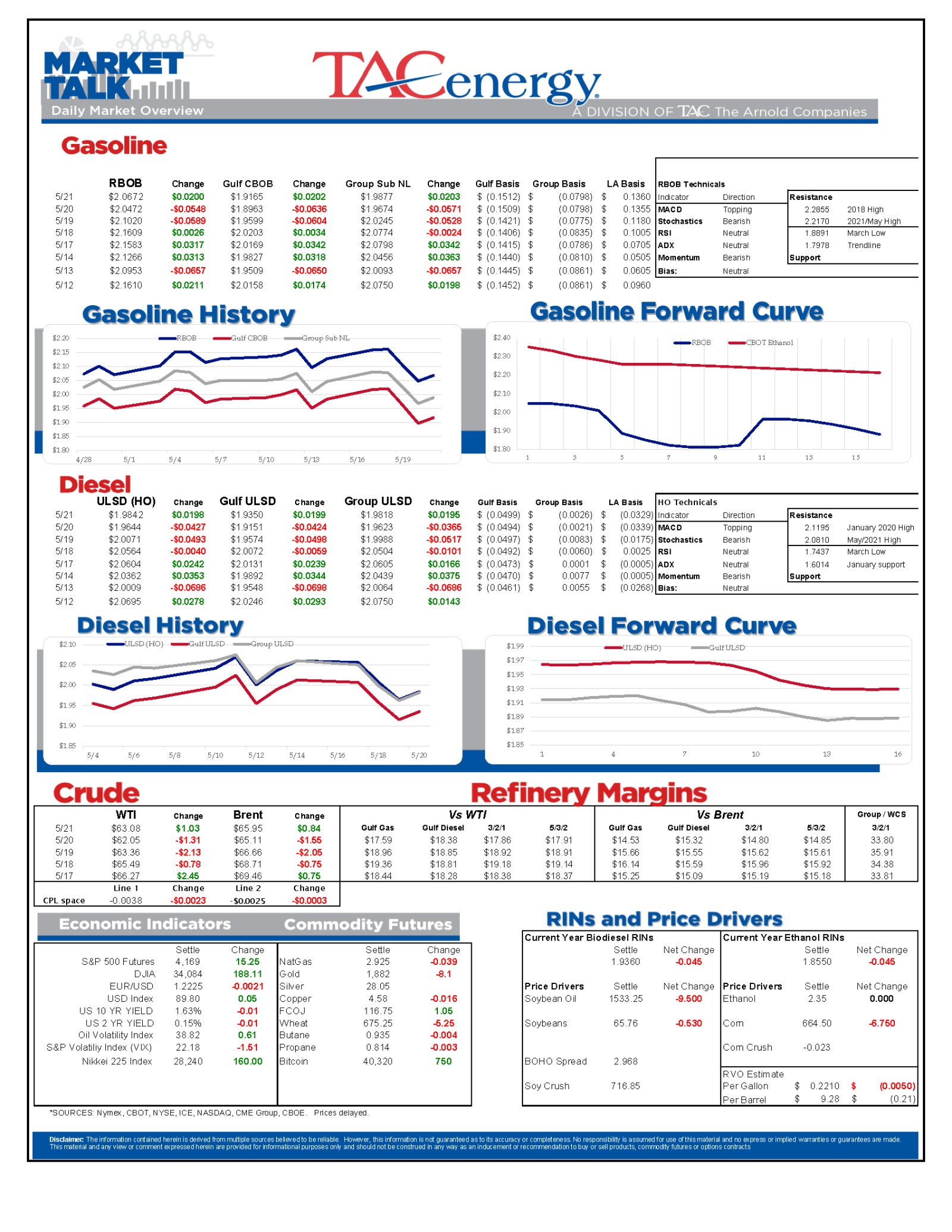 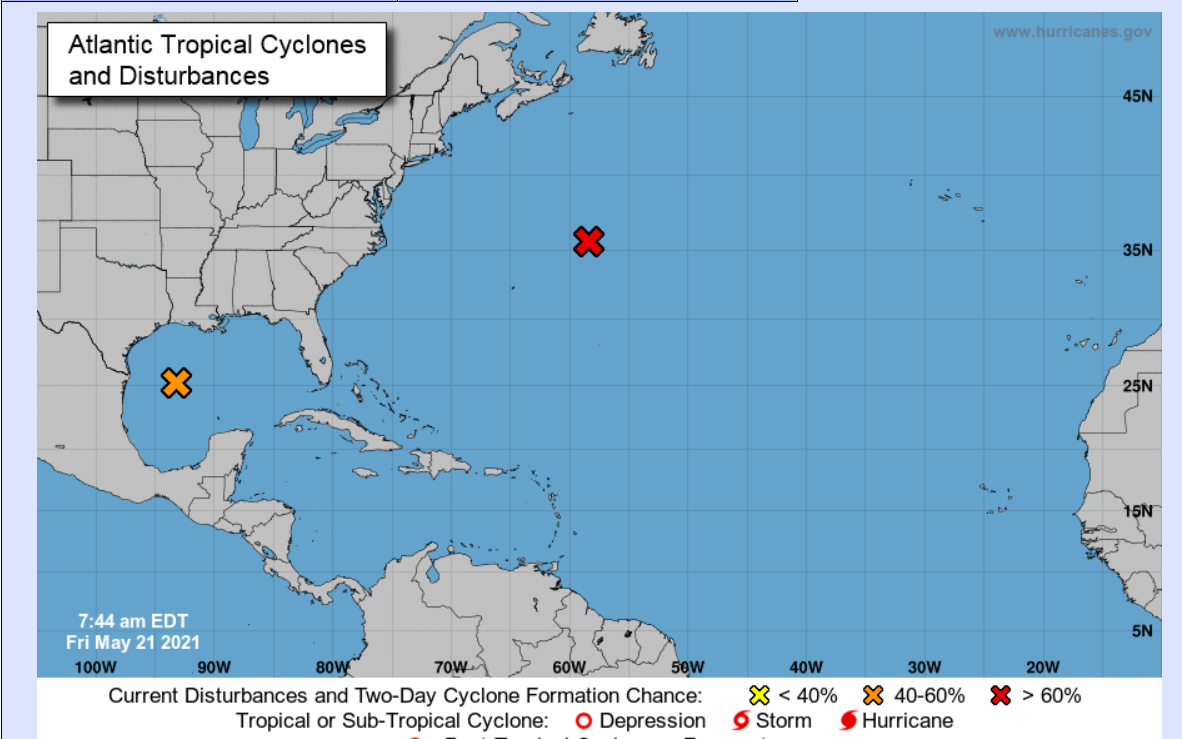 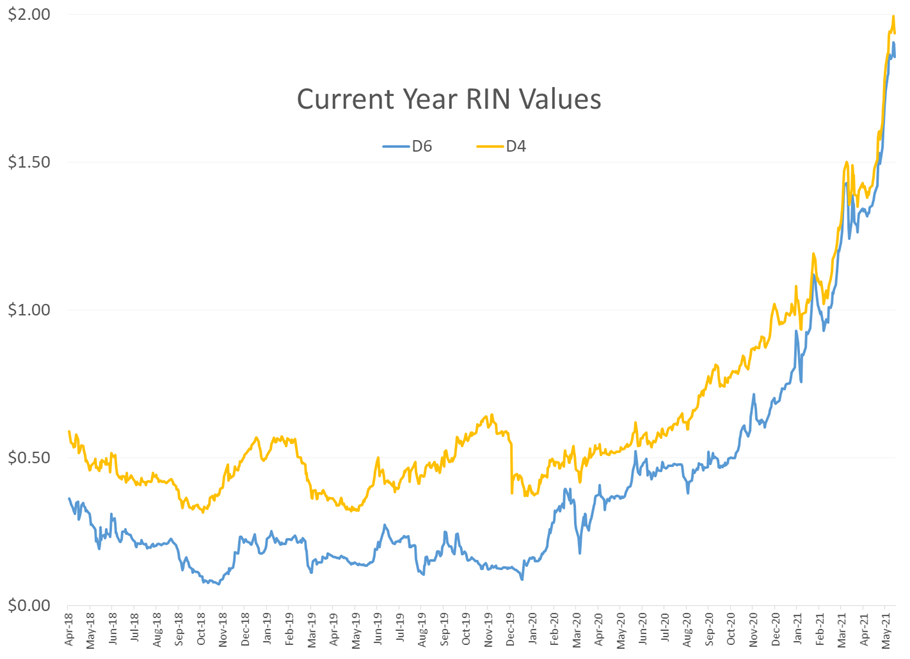