Wednesday’s DOE inventory report was less bearish than Tuesday’s API data, which helped petroleum futures wipe out early losses, and keep the 2019 year-end mini rally alive. That short-lived sell-off relieved some of the technical overbought pressure that had built up after 4 days of gains, and leaves the door open for a test of the September highs.

RBOB gasoline continues to show surprising counter-seasonal strength despite inventories sitting at record highs for this time of year, heading into the weakest 2 months for consumption. At this pace, it looks like there’s a strong chance gasoline inventories will break all-time highs at some point in January.

China announced new tariff exemptions on 6 US petroleum-based products in the latest sign of easing trade tensions. While the announcement is good news for several US refiners, none of the products listed are consumed in engines. Another reminder of both the ongoing transition of the US from the world’s largest importer to its largest exporter of petroleum products, and the fact that petroleum is becoming more and more about plastic production and less about motor fuels.

Today’s interesting read: A recap of the anticipated impacts of the IMO diesel spec change, which could impact 90% of global trade in some form or fashion. As the article concludes, “…For the whole world to change specification of a product on the same day is almost unheard of.”

While the Ag community got a big shot in the arm this week with the expected inclusion of the $1/gallon biodiesel blenders credit in the congressional spending package, there was a bit of bad news Wednesday when the White House indicated the Renewable Volume Obligation for 2020 would not change from the preliminary proposal. While this does mean an increase in the amount of biofuels mandated to be blended in the US, the Ag lobby seems to have lost this round of the small-refinery exemption debate. Ethanol RINs continued to languish following the news while Biodiesel RINs managed to bounce off of Tuesday’s lows.

Right on Cue, the EIA this morning published a look at Biodiesel production in the US. While it’s no surprise that the Midwest leads the nation in biodiesel production capacity it’s worth noting that Texas is the 2nd largest producing state, which provides a bit of conflict in the ongoing lobbying battles between Big Ag and Big Oil. 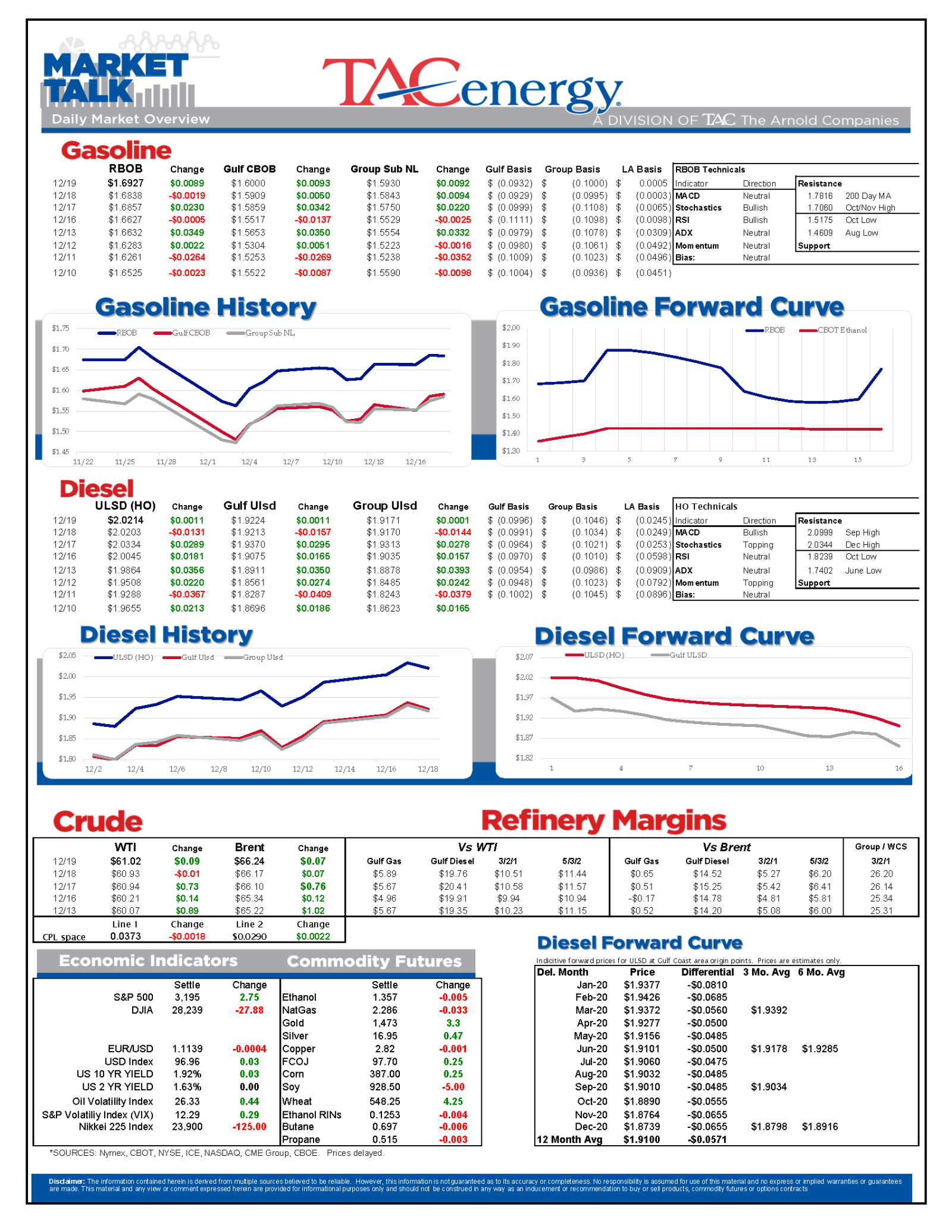 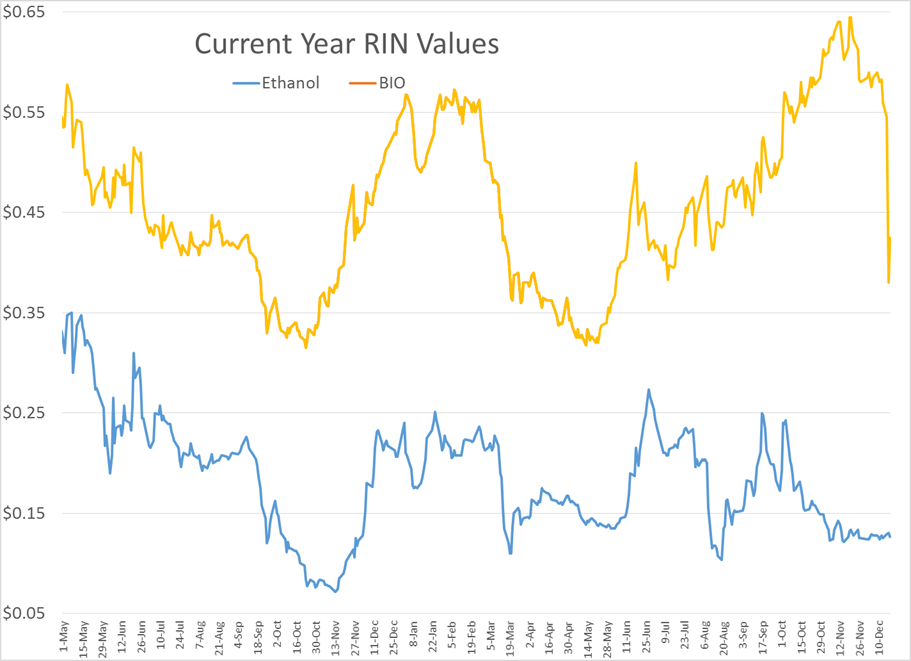 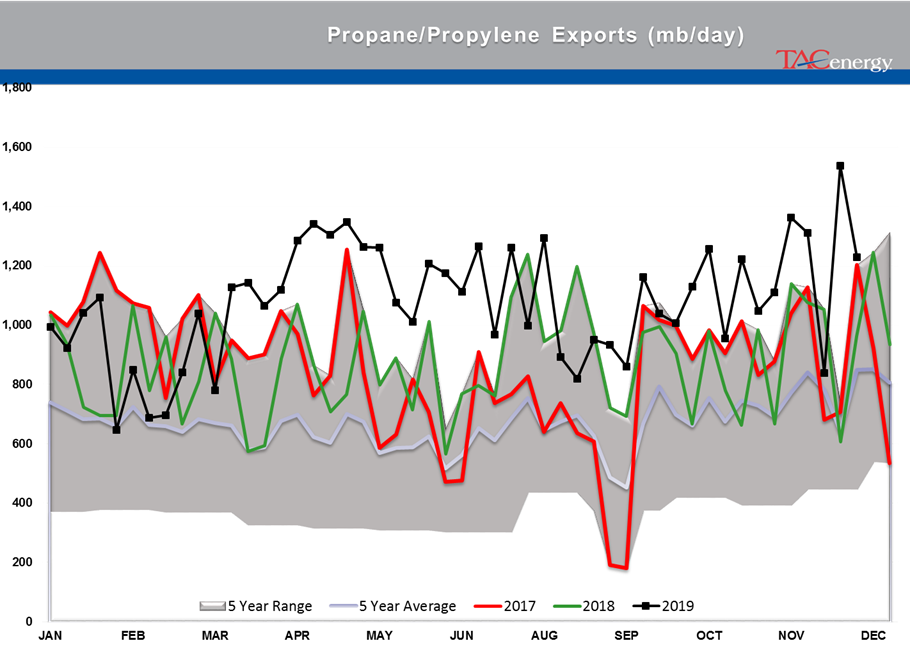