The U.S. Department of Energy was unable to find almost seven million barrels of crude oil in the U.S. last week. It’s true; they said so in yesterday’s EIA weekly status report, in a number nobody normally pays attention to, but is now contributing to a strong rally in oil prices.

WTI prices are now just one decent day away from filling the gap in the chart left behind during the March meltdown. Typically we see a tendency for product prices – particularly for gasoline – to trend higher while heading into a driving-season holiday. Until the upward momentum breaks, it seems like the path of least resistance over the next couple of days is for prices to continue moving higher.

That adjustment factor will likely show up in the monthly report data and helps explain how Cushing, OK stocks have plummeted just one month since the panic occurred surrounding them overflowing.

Diesel continues to look weak fundamentally in the DOE data, and in more industry reports like the weekly rail data report, or regional basis values that are hitting double-digit negatives in the Midwest. So far that weakness isn’t outweighing the futures rally, but it has prevented ULSD from keeping up with the rest of the complex, leaving it in a perilous technical position. Ultimately, diesel prices may end up meaning more pressure on local spot and rack prices if increasing refinery production to keep pace with the gasoline recovery means even more diesel is made without a home. 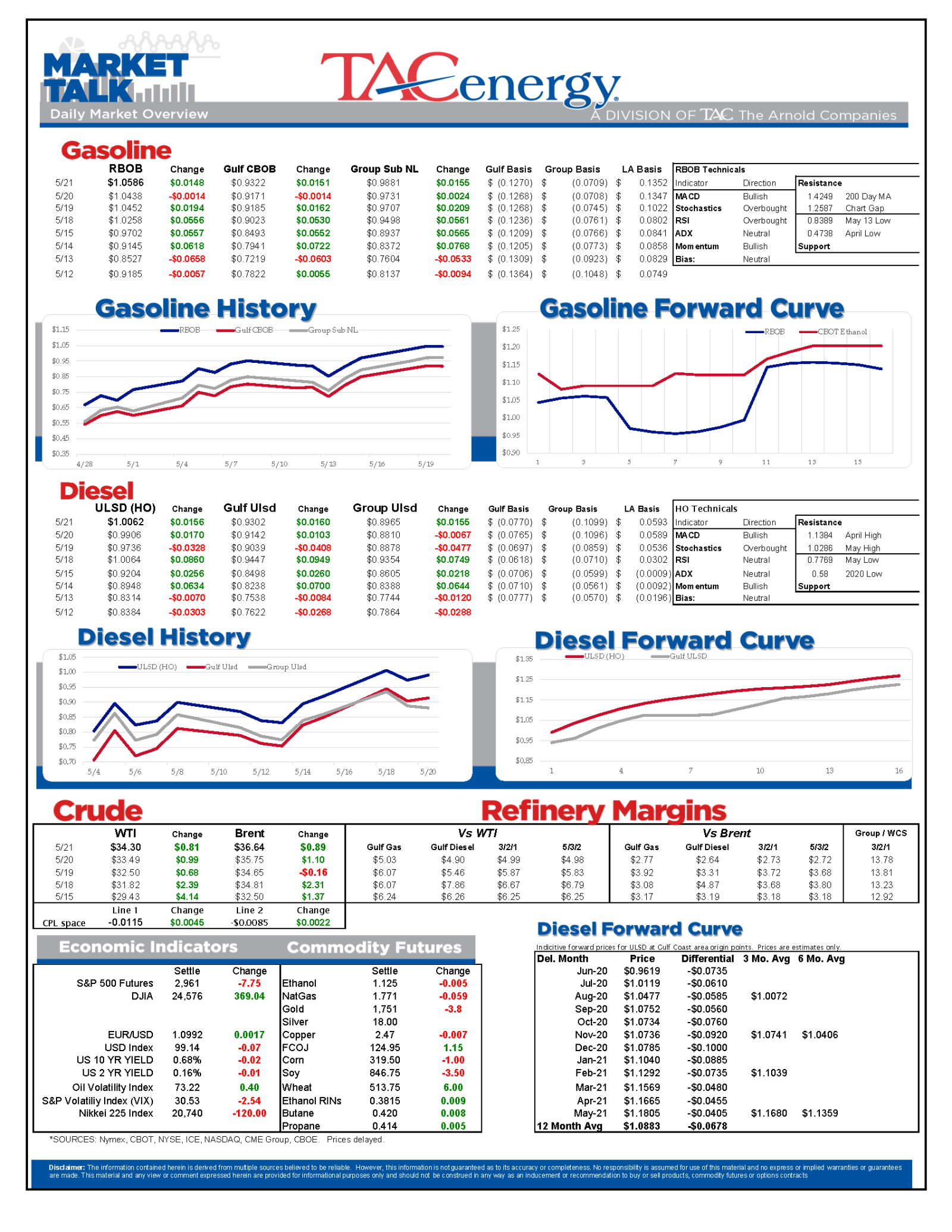 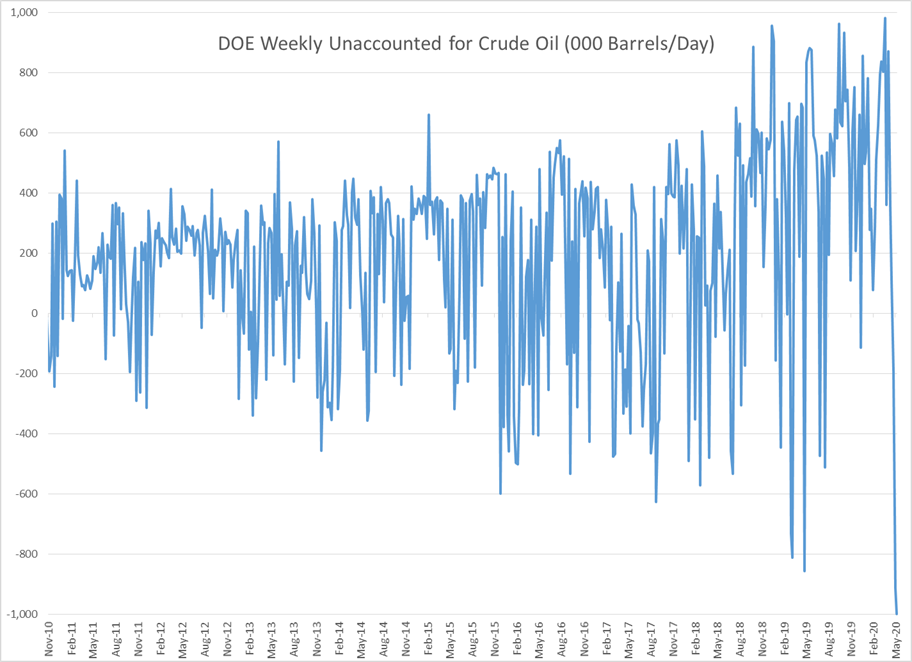 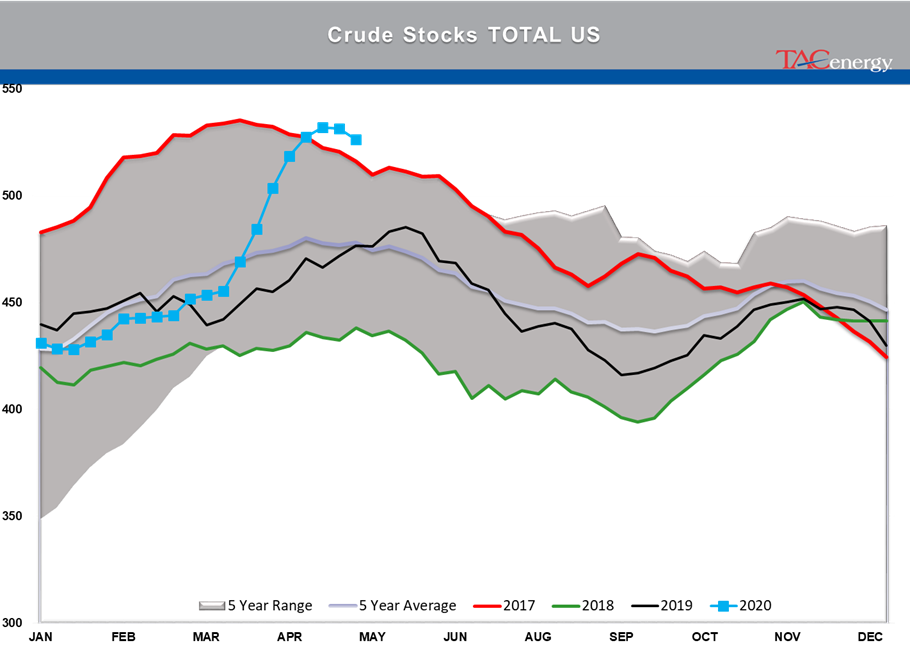