WTI is taking its turn leading the energy markets lower this week, dropping another 15 percent since Monday’s close, and reaching a new 18 year low overnight as the panic selling continues to grip markets around the world.

On a percentage basis, this would be the worst month ever (down 45% so far in March) for WTI futures, which have been trading for nearly 40 years. On a $/barrel basis, this $20/barrel drop is still a long way away from the October 2008 record of a $33/barrel decline.

Gasoline futures were shrugging off the 8 percent drop in crude oil overnight , trading up three cents/gallon after the API reported a seven million barrel decline in U.S. gasoline inventories last week, but have succumbed to the bearish pressure and are now trading modestly lower. Diesel stocks also had a large draw of 3.6 million barrels in the industry estimate, while crude stocks had a small decline of 421,000 barrels. The EIA’s weekly report is due out at its normal time.

While they have a much shorter history than WTI, and a small fraction of the trading volume of their petroleum cousins, ethanol futures have also dropped to a record low this week at $0.94/gallon. Given that fuel ethanol is around 198 proof alcohol, perhaps the excess inventory may find a new life in the hot market for sanitizing products. No word yet on Twitter if that is actually a viable solution to the virus.

Many physical fuel markets around the country are seeing basis values drop this week as traders are hesitant to buy anything with so much uncertainty around demand. The drop in both calendar and basis spreads is beginning to drive up premiums for storage options around the world, whether they be in major pipeline systems, inland terminals, or the vessels at sea turning into floating storage.

Another notable phenomenon this week, it’s not just physical demand that is trending lower. Trading volumes in the major petroleum contracts have been dropping daily since the March 9 price plunge. This could be due to the extreme volatility forcing some trading programs to the sidelines to avoid being run-over. That lack of volume is a technical signal of low conviction which can be a sign that this trend is approaching its end. That said, low volume can also mean greater volatility since anyone needing to trade a large position will create bigger price movements than normal, so don’t expect these markets to calm down for a while. 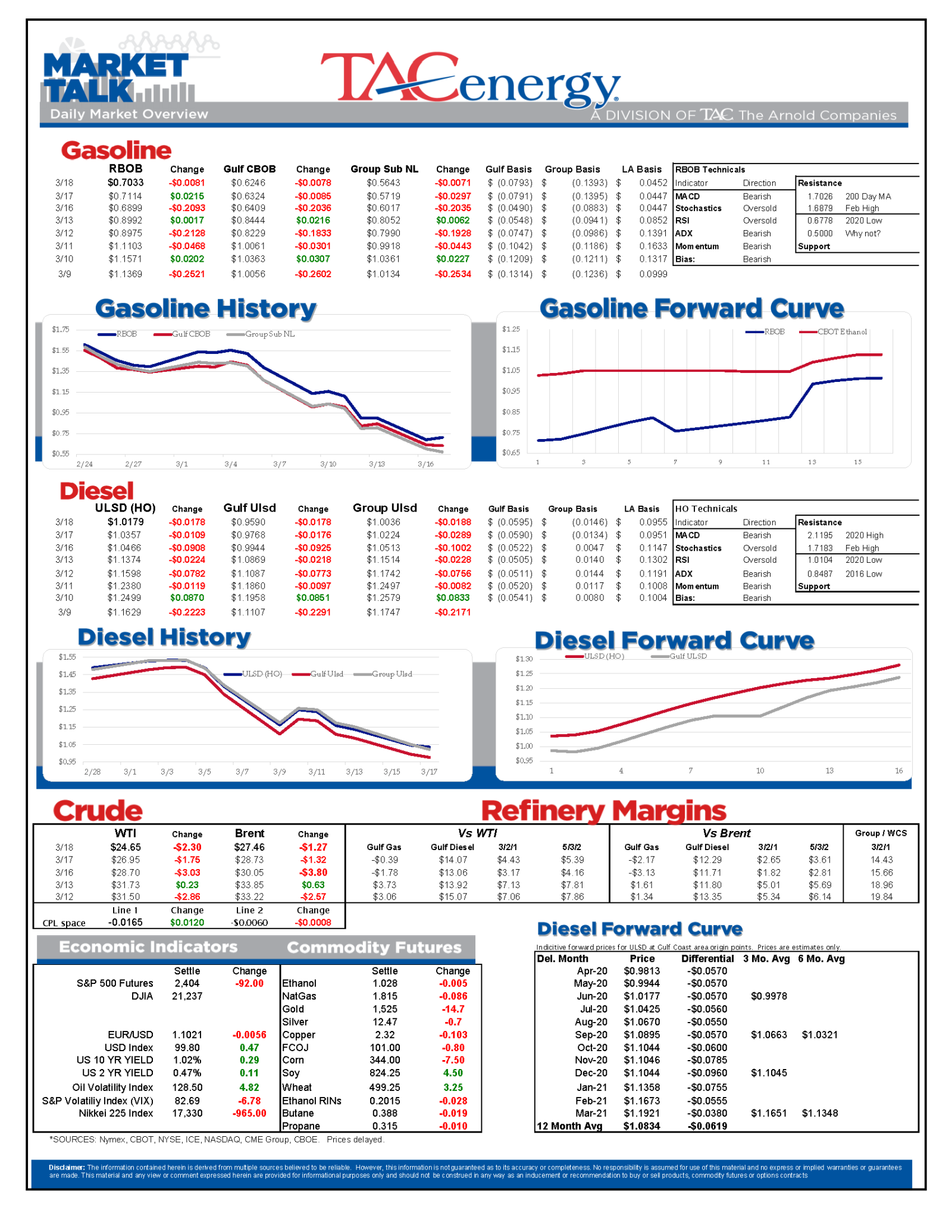 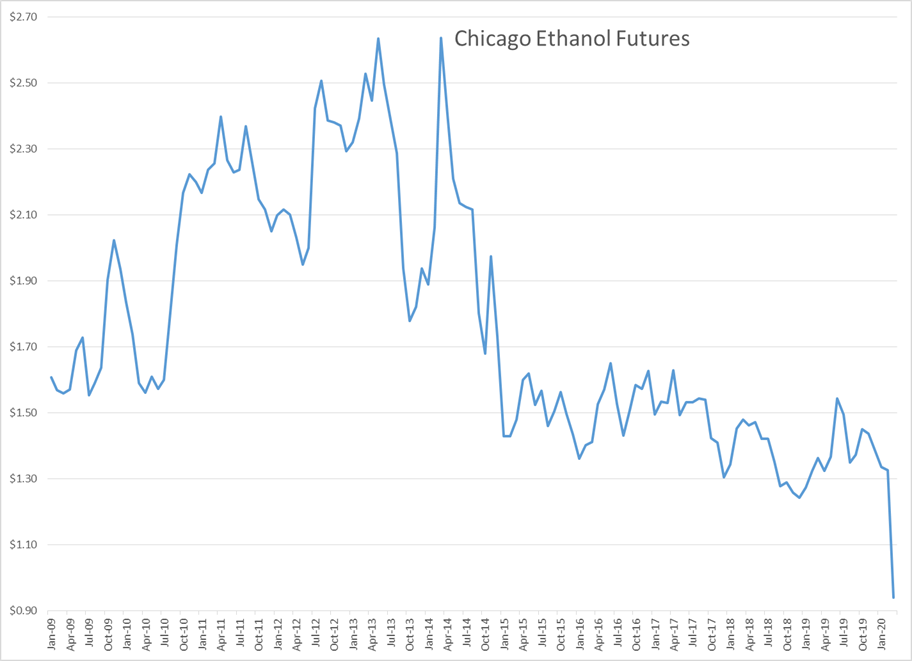