Another round of panic selling has gripped global markets the past two days, wiping out gains from earlier in the week, sending energy futures to new multi-year lows. Energy and equity markets are once again attached at the hip as fear takes control of the daily price action, as fundamentals in the recent past take a back seat to concerns about what might happen to demand in the coming months.

The OPEC and Friend’s meeting is adding to the downward pressure this morning, as Russia appears to be stonewalling the cartel’s attempt at increasing production cuts.

The anticipated slowdown in economic activity did not show up in the February payroll report, with 273,000 jobs added during the month, large increases to the job estimates for December and January, and the unemployment rates holding near all-time lows.

Shell publicly announced that it is trying to sell both its Anacortes WA, and Mobile, AL refineries, months after reports suggesting they were shopping their remaining West Coast facility. Given the numerous headwinds facing refiners these days, these plants may join a growing list of plants up for sale that are struggling to find a buyer.

ExxonMobil meanwhile announced its plans to reduce its drilling activity in the Permian basin, citing the overhang of supply, and dropping economic activity due to the coronavirus as factors in their decision. 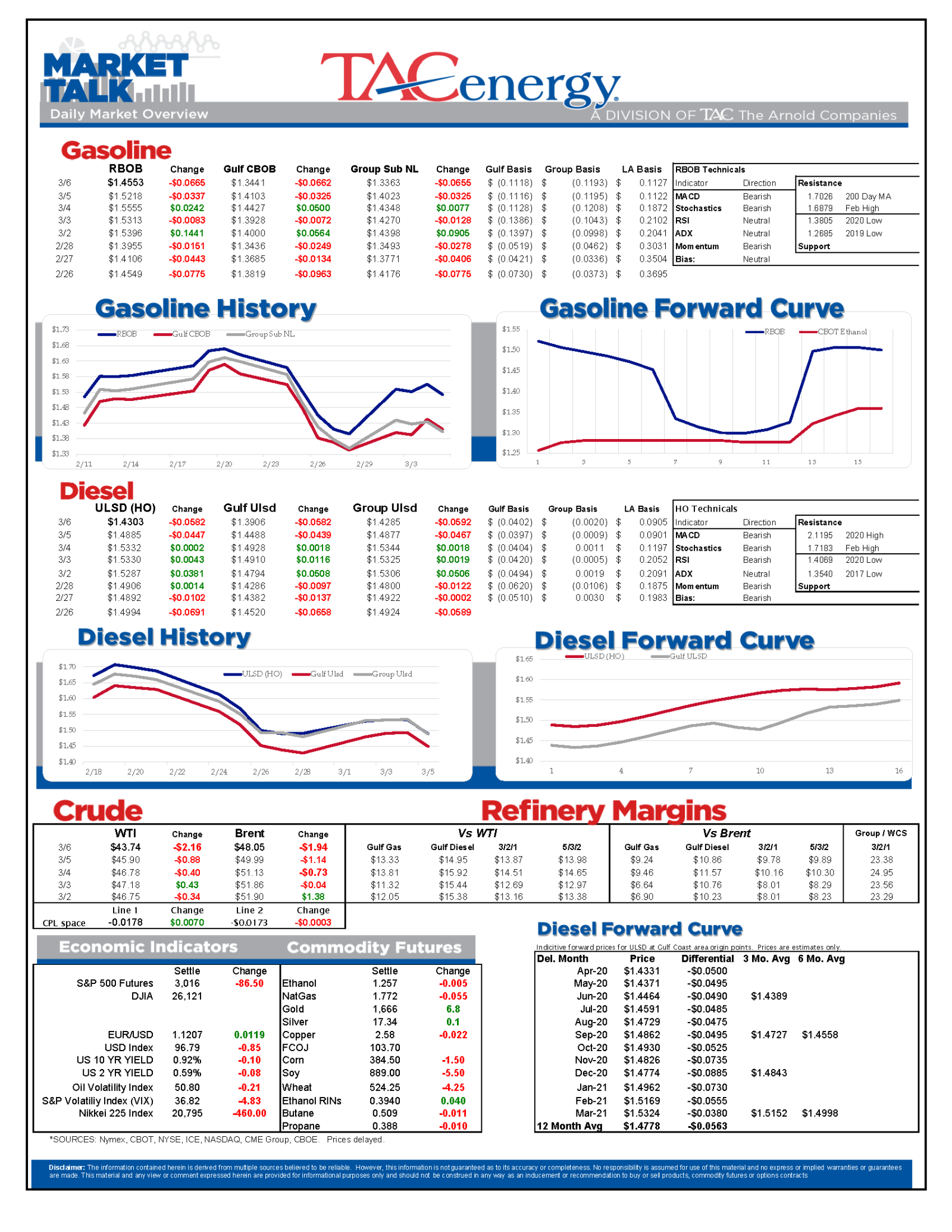 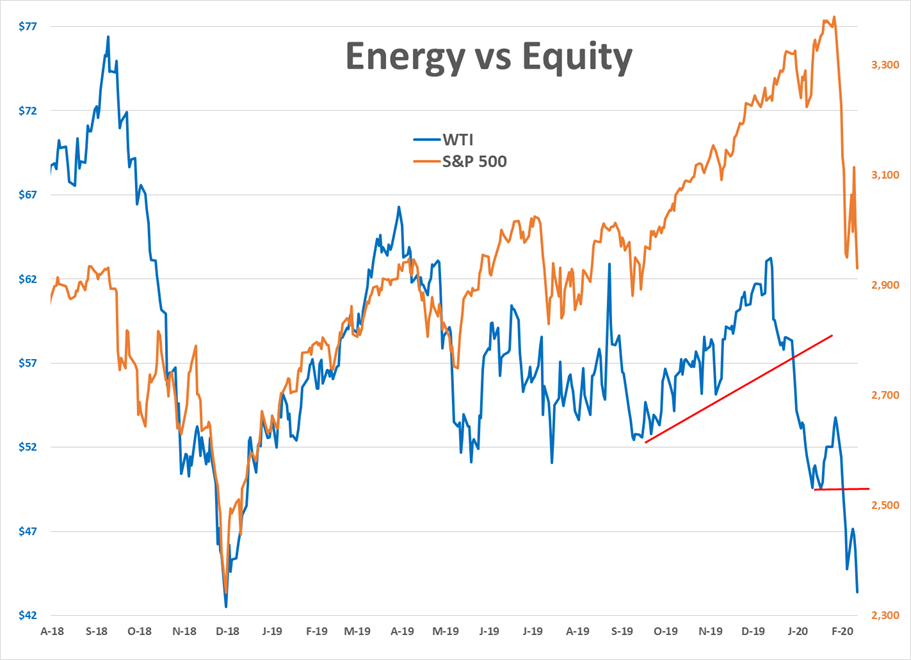