Optimism abounds as US stock indices continue to reach new record highs, while energy futures continue to swim in their wake and touch fresh 3-month highs on nearly a daily basis. The September price spike remains the big target near term on the energy charts, that could determine if this rally can continue into the new year.

While prices continue to trek higher, volatility continues to decline, hovering near the lowest levels of the year for both stocks and oil, another data point to show that the fear of a trade war that hung over the markets for so long appears to be gone.

In addition to the rally in futures, Gulf Coast gasoline basis continued its stronger trend Thursday, reaching 2 month highs at a time when we often see some of the cheapest values of the year. Meanwhile CARB diesel basis reached a 1-month high, some 12 cents above their December lows, during Thursday’s session, following reports of a fire at the P66 refinery in LA.

The EIA is continuing its year-end tradition of republishing favorite articles from the year. Today’s update takes another look at the importance of the Strait of Hormuz, which has roughly 20% of the world’s total oil trade pass through on a daily basis. It’s a good reminder of what a strange year it’s been that oil prices are now trading higher than they were this summer when Iran was actively trying to blow up and/or seize tankers traveling through the area.

The DOE’s weekly inventory report will be released at 11 a.m. central. 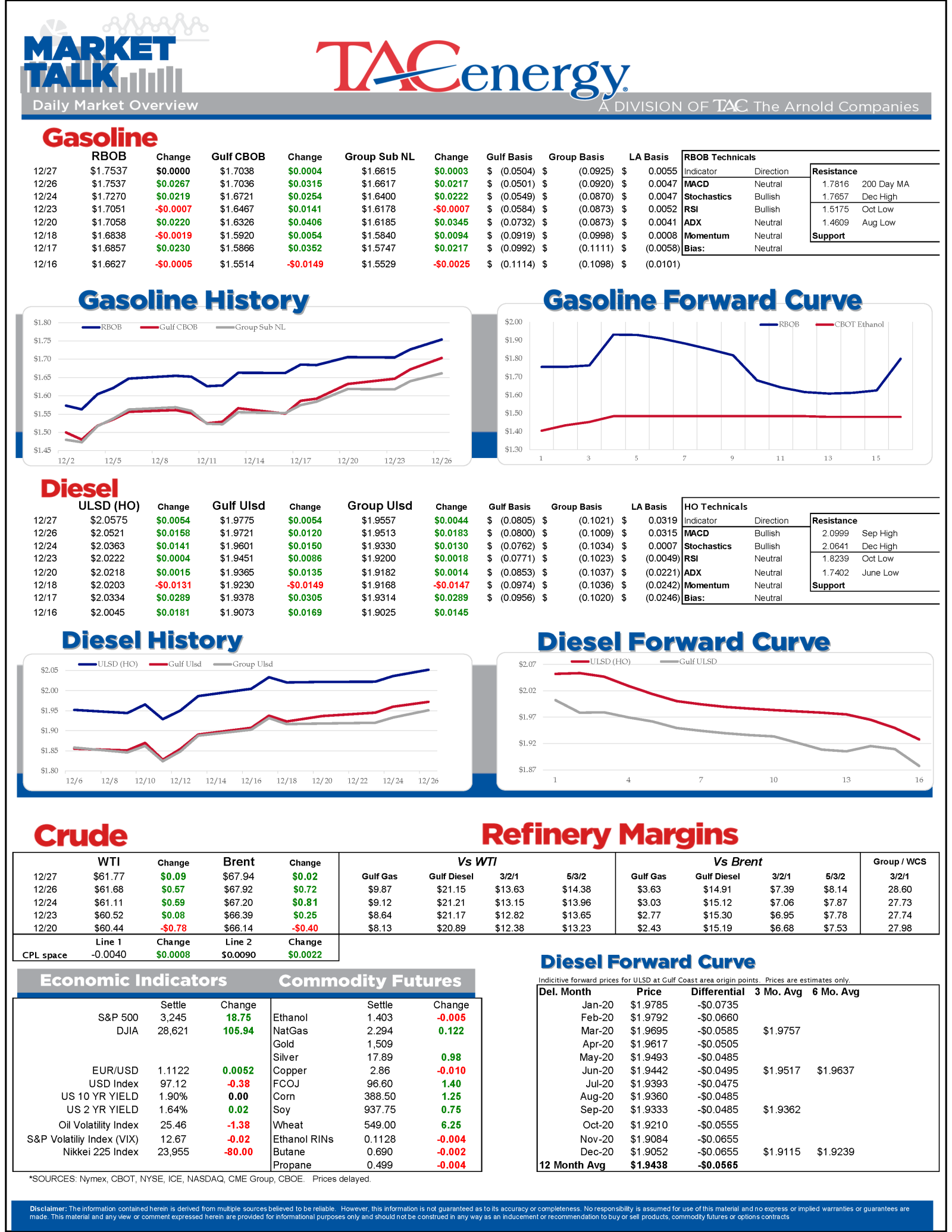 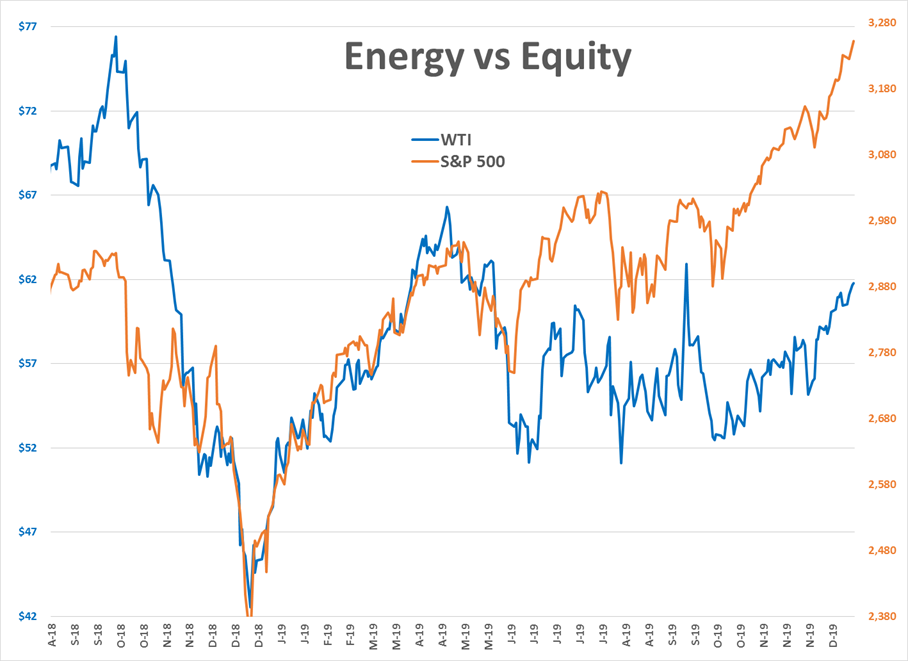 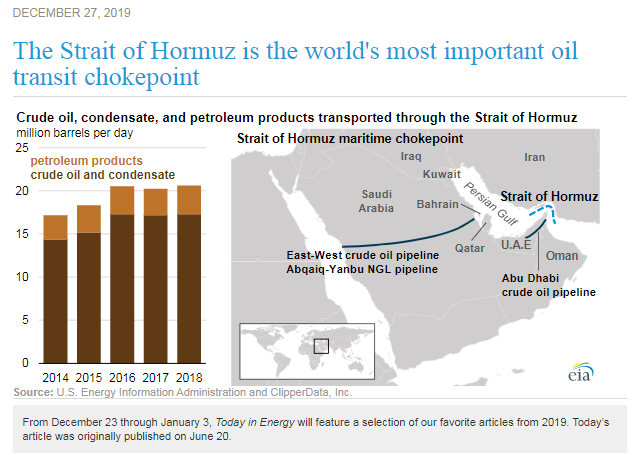