Oil & refined products have given back nearly all of Friday’s early 5% gain as doubts about the implementation and impact of the latest OPEC & friends output cut agreement seem to be spreading.

The deal struck Friday morning calls for a total of 1.2 million barrels/day in cuts, of which OPEC will be responsible for 2/3rds, while Russia and the other non-OPEC nations will handle 1/3. As was the case with the last output cut agreement, Iran, Venezuela, Libya and Nigeria have been exempted from the cuts which could reduce their effectiveness.

The CFTC’s commitments of traders report is delayed due to the Federal Holiday last week, but the ICE published its data, showing that money managers cut their net length in Brent contracts for a 10th consecutive week. The total net length held by large speculators in Brent futures and options is now at its lowest level since August 2015.

A Wall Street Journal article over the weekend suggests that the decline in speculative activity, and increases in volatility of late, may be symptomatic of a market being taken over by computerized trading.

Baker Hughes reported a decline of 10 oil rigs last week, with a fairly even spread among states and major basins. While the decline moves the total count to its lowest level in more than a month, there are still 126 more rigs operating now than there were a year ago. A key question for 2019 will be whether or not the drop in prices over the past 2 months will cause drilling activity to slow. 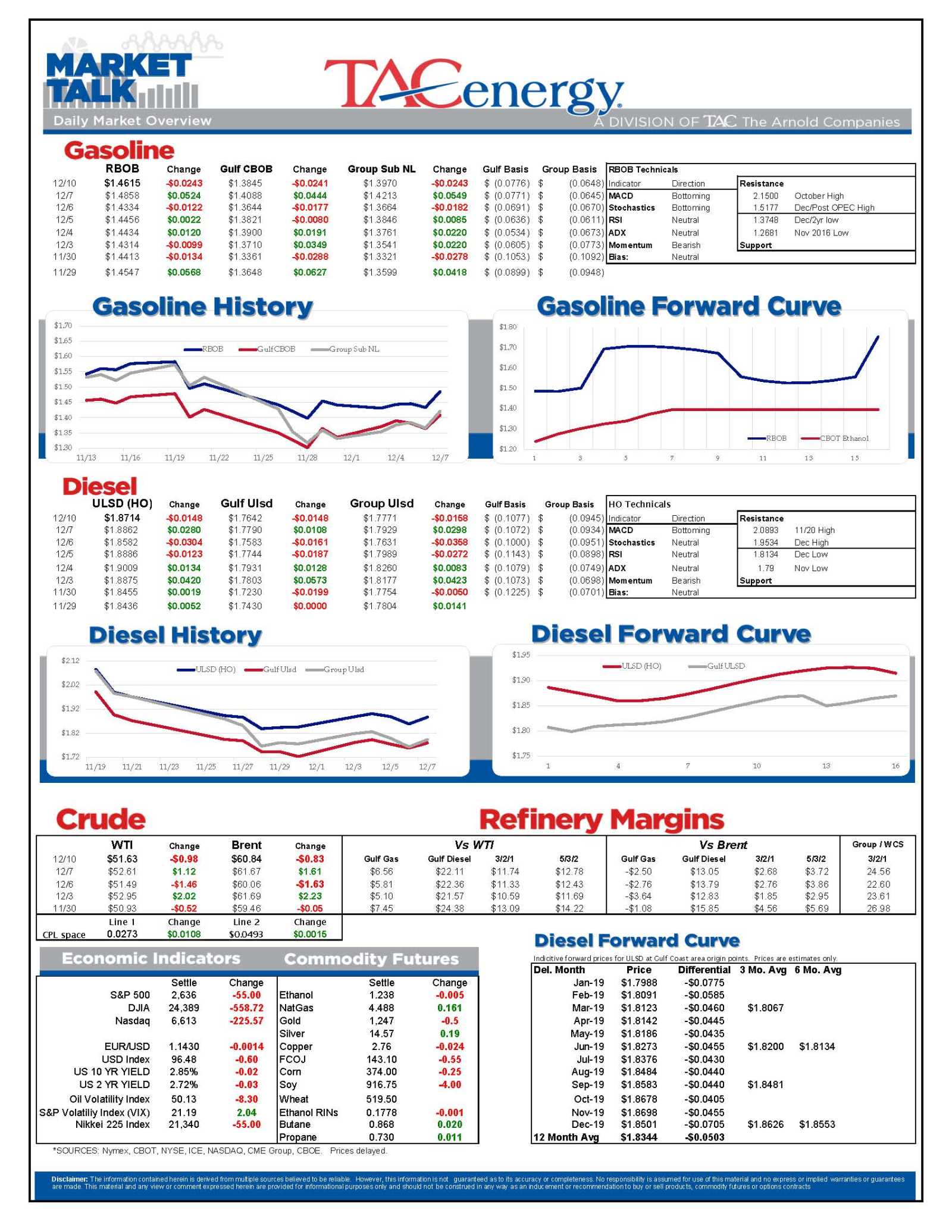 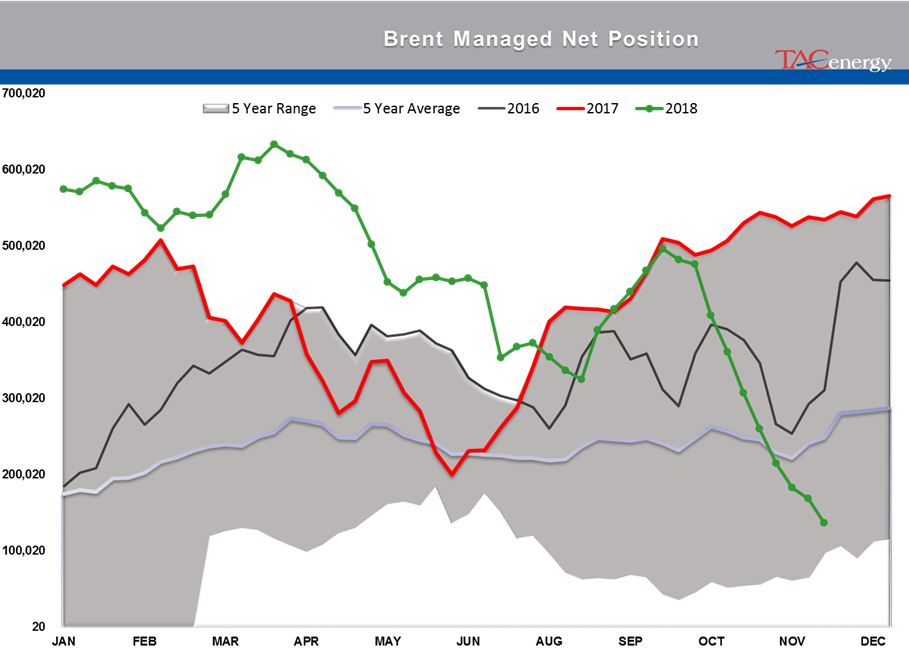 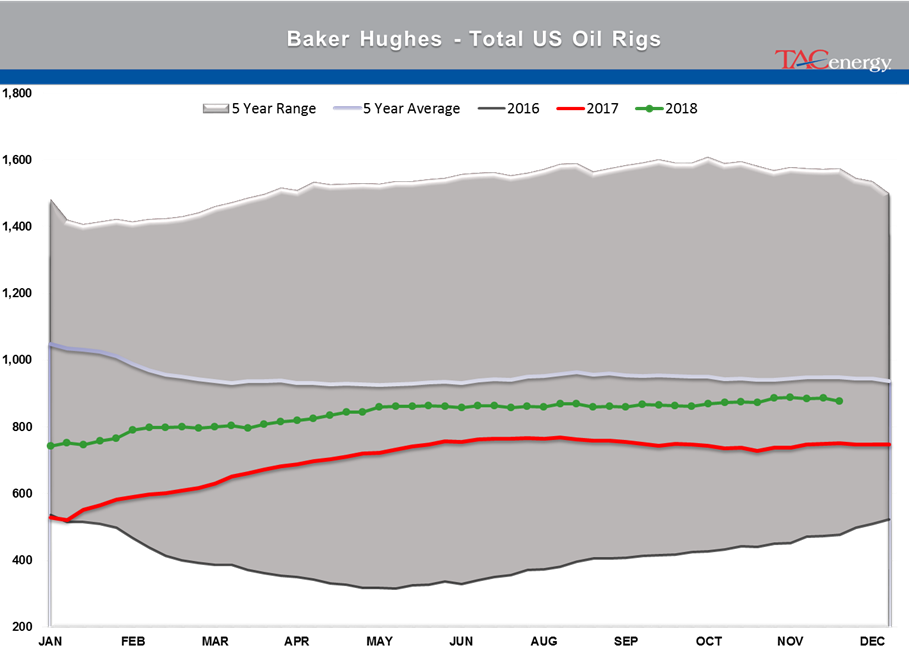