The Oil Price War officially ended last week as Saudi Arabia, Russia, and the other members of the OPEC & Friends alliance agreed on the framework for the largest production cuts ever. Markets have not been impressed so far however as those cuts still fall short of the drop in demand we’ve seen in the past month, and as compliance is still in doubt, even though Mexico finally agreed to the pact over the weekend.

Friday’s meeting of G20 oil ministers won a Captain Obvious award when the group agreed that stabilization in the market is needed. Beyond that, the group was unable to come up with any sort of detailed plan, which may not matter since producers will be forced to cut on their own as they run out of places to store their product.

An explosion and fire at one Gulf Coast refinery, and storm-related power outages that knocked another offline over the holiday weekend would ordinarily be enough to get markets stirred up, but in the current world where most – if not all – refiners are forced to cut production due to the rapid and record setting drop in demand, those two events seem to barely make a blip on the radar.

With basis values in several regional markets running near all-time lows, this week’s action looks like it could be pivotal in that we may see if the signals the physical market is sending on extreme oversupply create another wave of selling in futures.

Money managers increased their net length in Brent crude contracts last week for the first time in six weeks signaling that the large speculative class of trader thinks the floor may be in for prices. WTI and ULSD both saw minor increases in managed money positions while RBOB continued to see its mass liquidation event from the record number of bets that gasoline prices would move higher, when prices were actually more than one dollar/gallon higher than they are now. 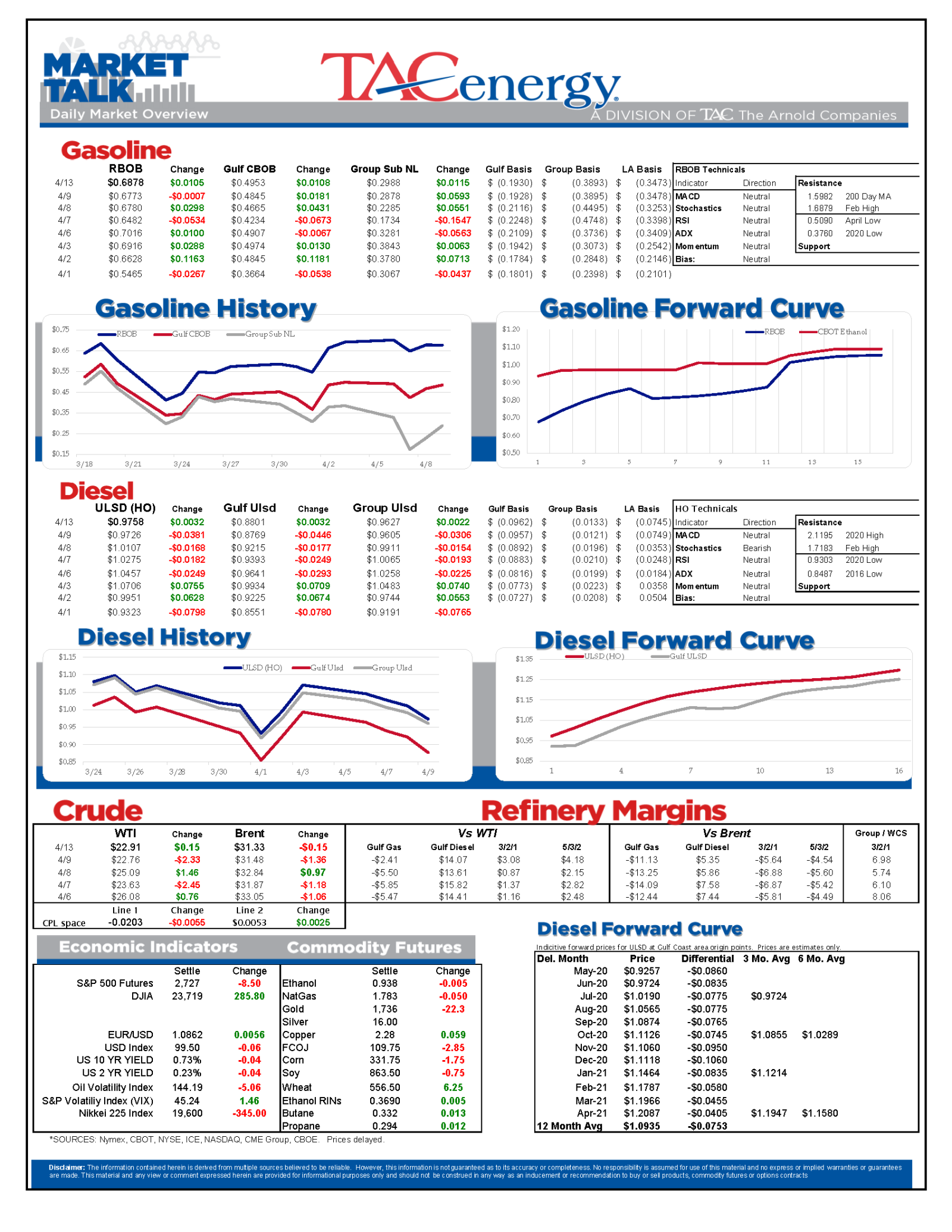 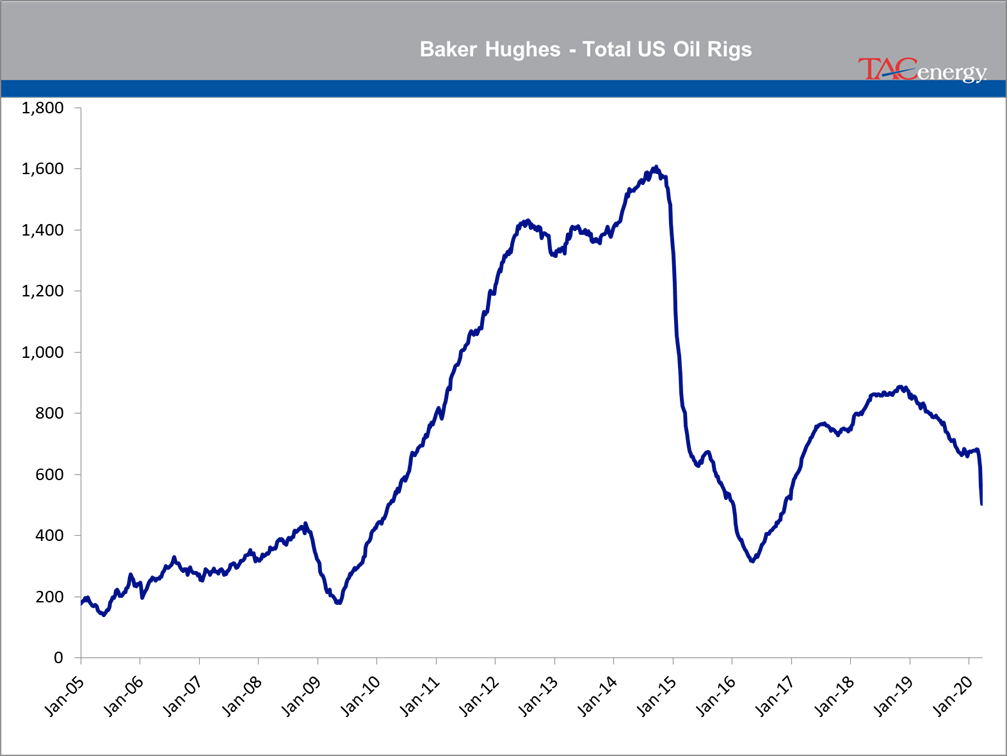 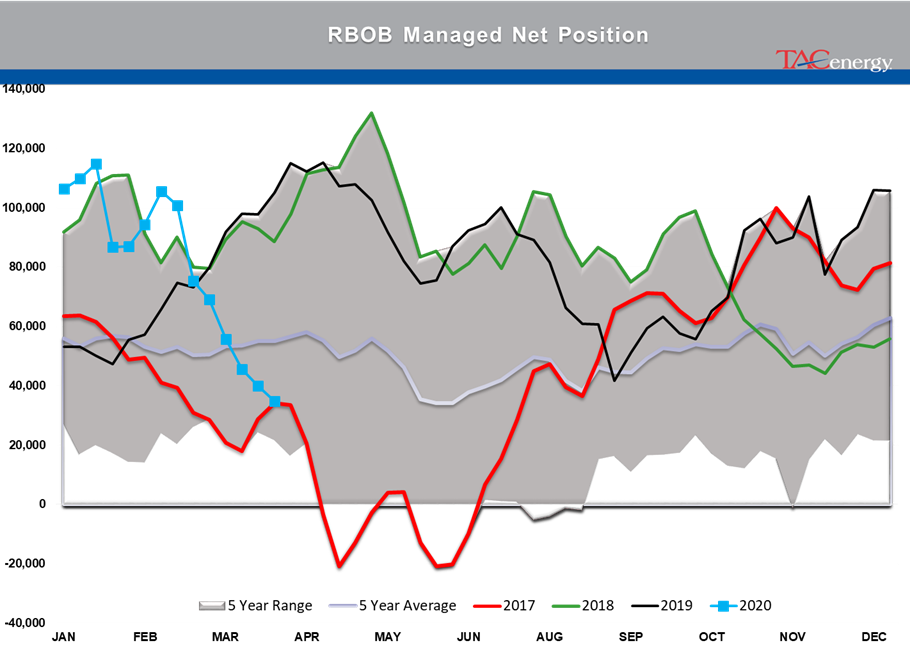