Energy futures are starting the week in tentative fashion, trying to hold onto small early morning gains after trading lower most of the night.

OPEC’s record-setting output cuts have officially started, and major oil producers are feeling pressure from numerous host nations to join in the effort, in addition to the pressure they’re feeling from the negative cash flow taking place at most production facilities these days.

Equity markets around the world are moving lower as a new round of verbal sparring over COVID-19 stokes fears that the U.S./China trade war will be rekindled this year and hinder the global economic recovery.

RBOB gasoline futures continue to struggle to break resistance around $0.78/gallon, with rallies into that range repelled eight times in the past three weeks, including Thursday and Friday. This may prove just to be a short term speed bump, but this area was also the range that set the low back in 2008, so there could be a longer term hurdle as that old support becomes new resistance. If this resistance does break, the chart path is open to make a run towards $1.30, which was the gap left behind on charts during the March meltdown.

Baker Hughes reported 53 more oil rigs were laid down last week, bringing the total U.S. rig decline to 52 percent over the past seven weeks. As the charts below show, the Permian basin continues to account for most of the decline – simply because it had the majority of active rigs – while the slowdown is fairly proportional across most of the U.S. shale basins.

Money managers are piling back into long bets on WTI, with net length held by the large speculative category of trader reaching a five month high last week. That class of trader seems much less optimistic about Brent and refined products however, with only minor changes seen in the past few weeks.

The EIA took a closer look at U.S. refiners reaction over the past six weeks to the collapse in demand and fuel margins. 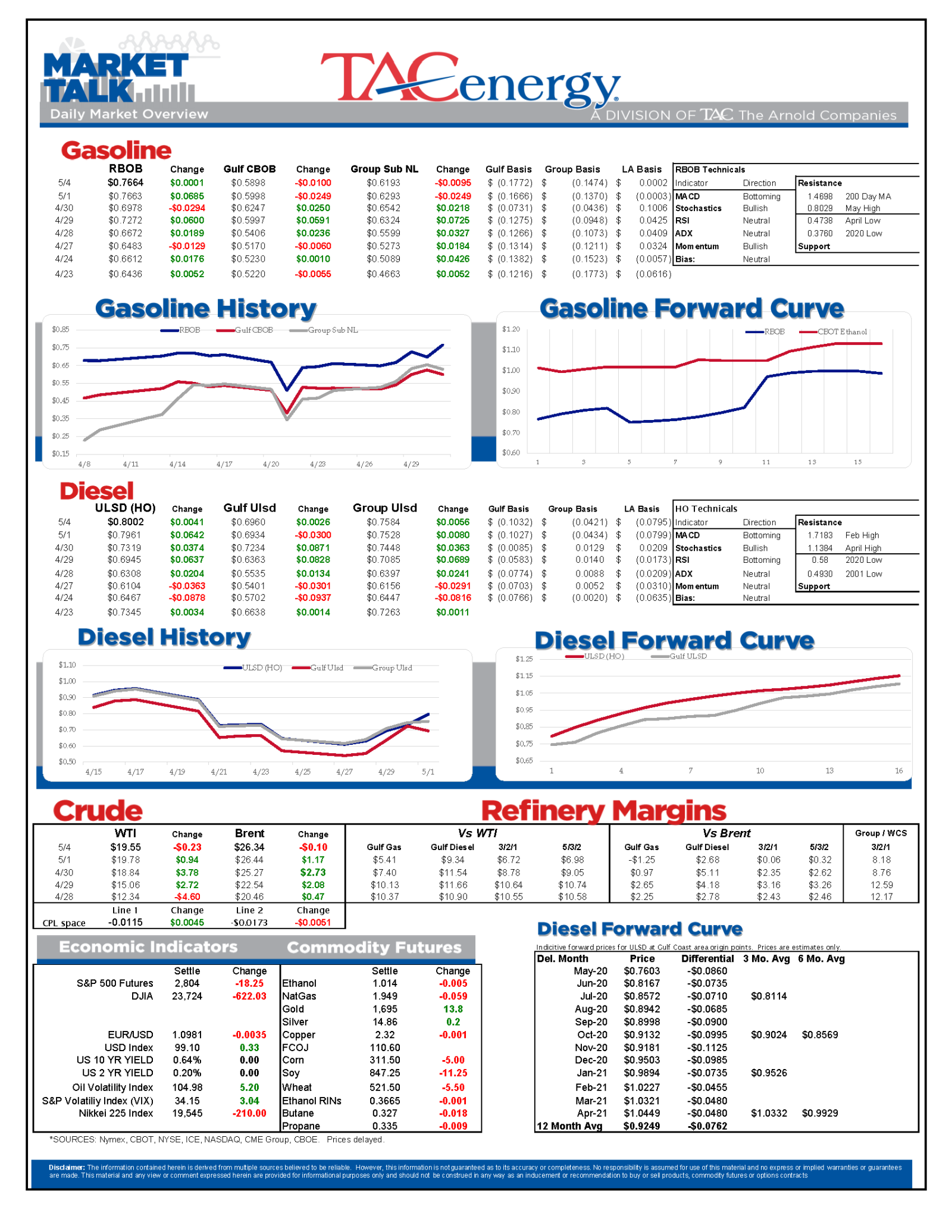 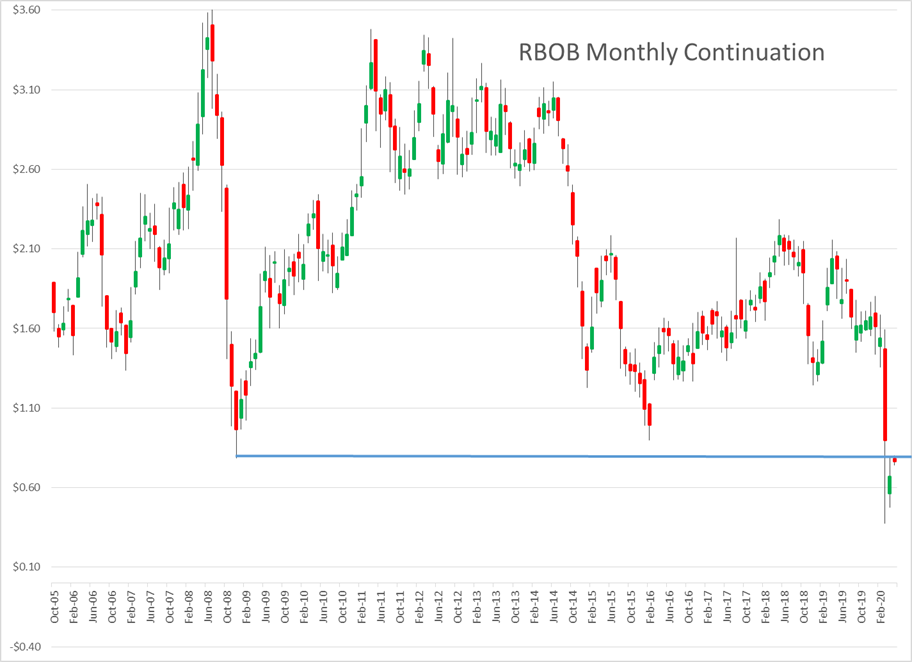