Oil Prices Trade At Highest Values In Over A Year

Oil prices are trading at their highest values in more than a year this morning, and refined products are nearing one year highs of their own in what appears to be a technically driven rally after prices bounced hard off of the bullish trend lines Monday, and broke through chart resistance yesterday.

A decline in oil inventories reported by the API is getting some of the credit for the continued rally, with the industry group reporting a 4.3 million barrel draw in crude stocks.  Gasoline and diesel stocks had smaller declines of 240,000 and 1.6 million barrels respectively.  One thing to watch out for is that we saw a huge draw in last week’s DOE report largely driven by a surge in exports and decline in imports. If those trade flows normalize this week, we could see a large build in crude stocks that might throw a little cold water on the bulls.

One odd thing about this rally is that it’s happening despite a strong move higher in the U.S. Dollar, which typically would put downward pressure on commodities in general, and energy contracts in particular. The correlation between the currency and energy contracts has flipped to positive in recent weeks, another sign that the most recent runup may be more technical for energy than fundamental as buyers of U.S. dollar-denominated oil are now paying more for the product, and their exchange rate.

Another odd thing about this rally? It’s happening despite RIN values pulling back sharply, falling more than a dime from the multi-year highs they reached last week. RIN values and product prices often move in the same direction as the federal renewable fuel credits act like a tax to refiners who don’t have the capability to blend their own ethanol, bio and other renewable products, which means a rise in RIN prices requires a rise in crack spreads for the margins to stay even.

A third oddity about this rally is that it’s coming in the wake of a major winter storm that is hitting demand hard all along some of the country’s most populated areas on the east coast, while another major cold snap moves in right behind it that’s likely to further reduce consumption. Despite that, we’re seeing RBOB lead the move higher even as we could be in for the worst week of gasoline demand in some markets since Christmas.

The storm does not seem to have done any lasting damage to supply infrastructure in the North East, with no extended terminal or refinery downtime. In fact, it does not appear that there are any major refinery outages being reported that might cause the spike in RBOB outright prices and time spreads that we’re seeing this week. Actually, the only newsworthy refinery reports are that the refinery formerly known as Hovensa, is increasing its output, bringing a new competitor back to the Atlantic basin for the first time in years.

A strong recover rally in U.S. equity markets after some heavy selling last week seems to be adding to the bullish sentiment, but equities are pointing to a flat open so that doesn’t seem to explain the early strength in RBOB today.

Given the equity headlines over the past week, you might think that the RBOB rally could be a short squeeze, but since large speculators have actually been building their net long position to the highest level in a year over the past several weeks, that doesn’t seem to be a likely cause.

At this point, it doesn’t matter much what’s causing the rally to continue, until that bullish trend line is broken, it seems the path of least resistance is for energy prices to keep moving higher despite all the potential headwinds. The big test for RBOB and ULSD remains the February 2020 highs around $1.68 and $1.72. If the break there, we could see another 15-20 cents of upside, but a failure could mean a move back into the $1.40s based on nothing more than a natural technical correction of the three month old rally. 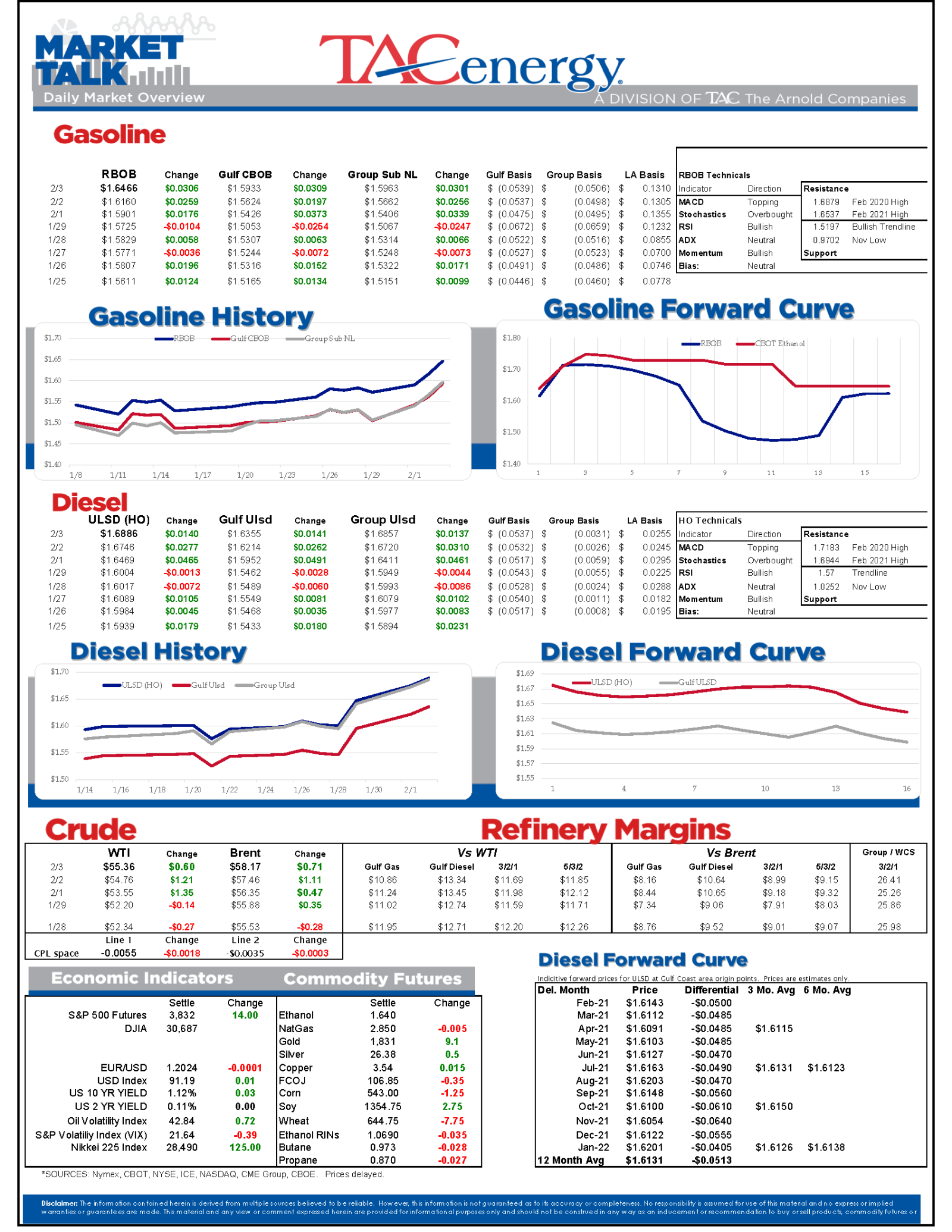 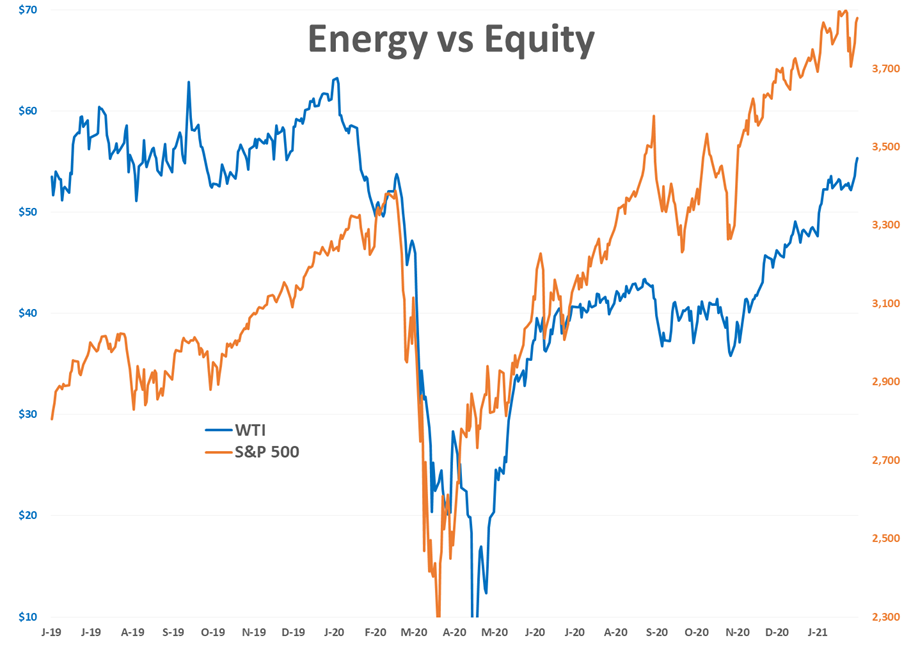 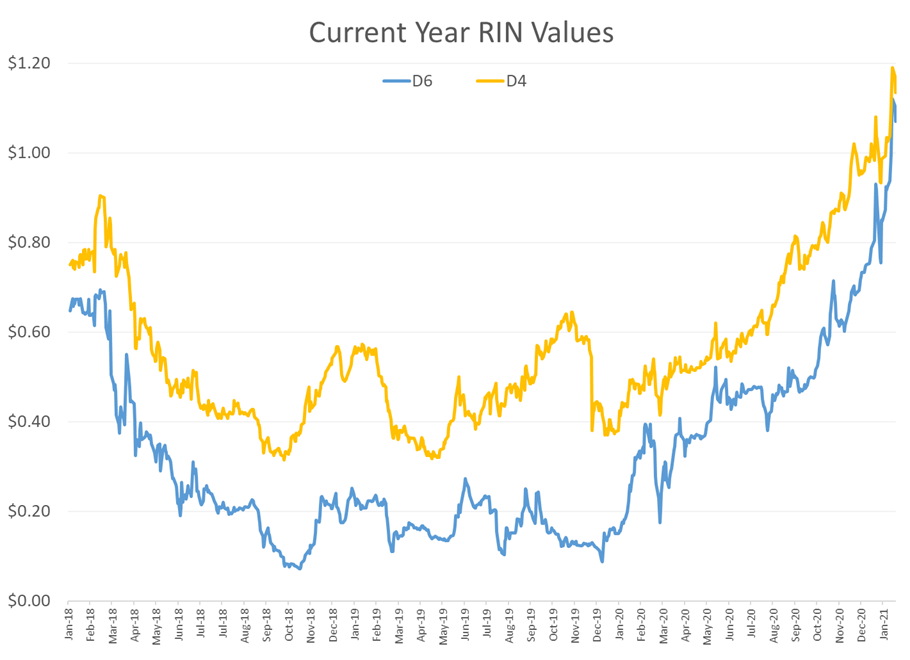