Oil prices reached fresh two year highs overnight, and this time refined products are trying to join in on the rally after being weighed down by falling RIN prices the past two days. The oil rally, and product bounce, keeps the upward sloping trend lines intact for now, leaving the door open to another rally this summer, although warning signs from other commodities and a resurgence in supply suggest the top could soon be in.

RINs continued their tumble Monday, and are currently holding roughly 35 cents below the record highs set last Thursday. As the charts below show, crack spreads have reacted to that drop in RINs, as the premium for compliance was reduced by more than 15% in just two days.

Tropical Storm Bill has formed off the East Coast. Unless you have plans in Newfoundland later this week however, this storm probably won’t impact you. There is a system in the Gulf of Mexico given 70% odds of development this week that looks like it could head for refinery row and even if it doesn’t become a major storm, it’s likely to bring more heavy rain to the region that’s already had more than enough this year.

Read Bloomberg’s take on why the topping out of numerous commodity contracts suggests that inflation fears are subsiding. That could be a bad sign for refiners from the US to China that are seeing signs of supply outpacing the demand recovery, and cutting back on run rates (and crude imports) as a result.

Need more proof that prices might soon peak? The EIA this morning highlighted why growing supply of oil globally should keep a lid on prices over the next year, based on its most recent STEO forecasts. A steady decline in drilled but uncompleted (DUC) wells in the EIA’s drilling productivity report shows that so far US operators are staying disciplined as prices recover to profitable levels keeping overall output in check. 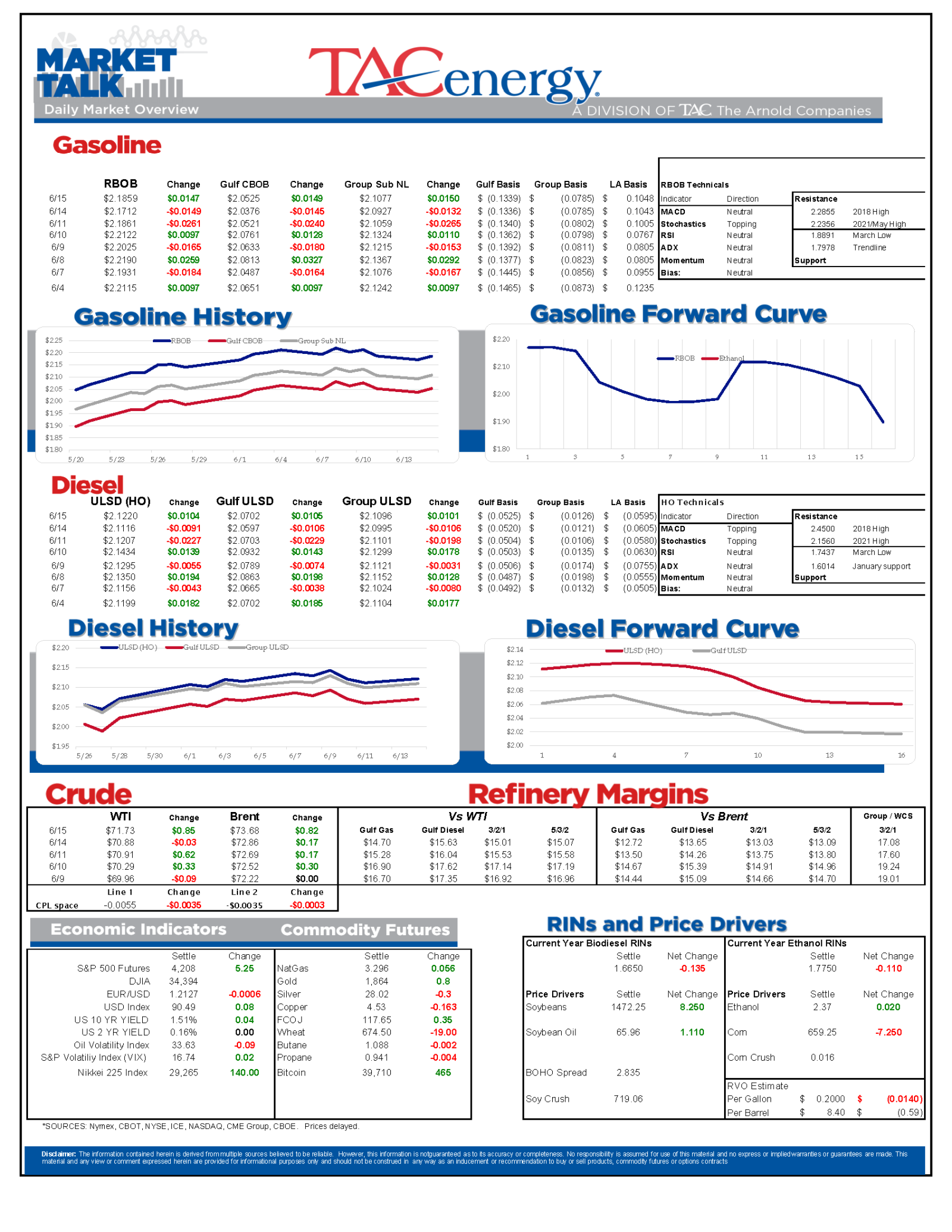 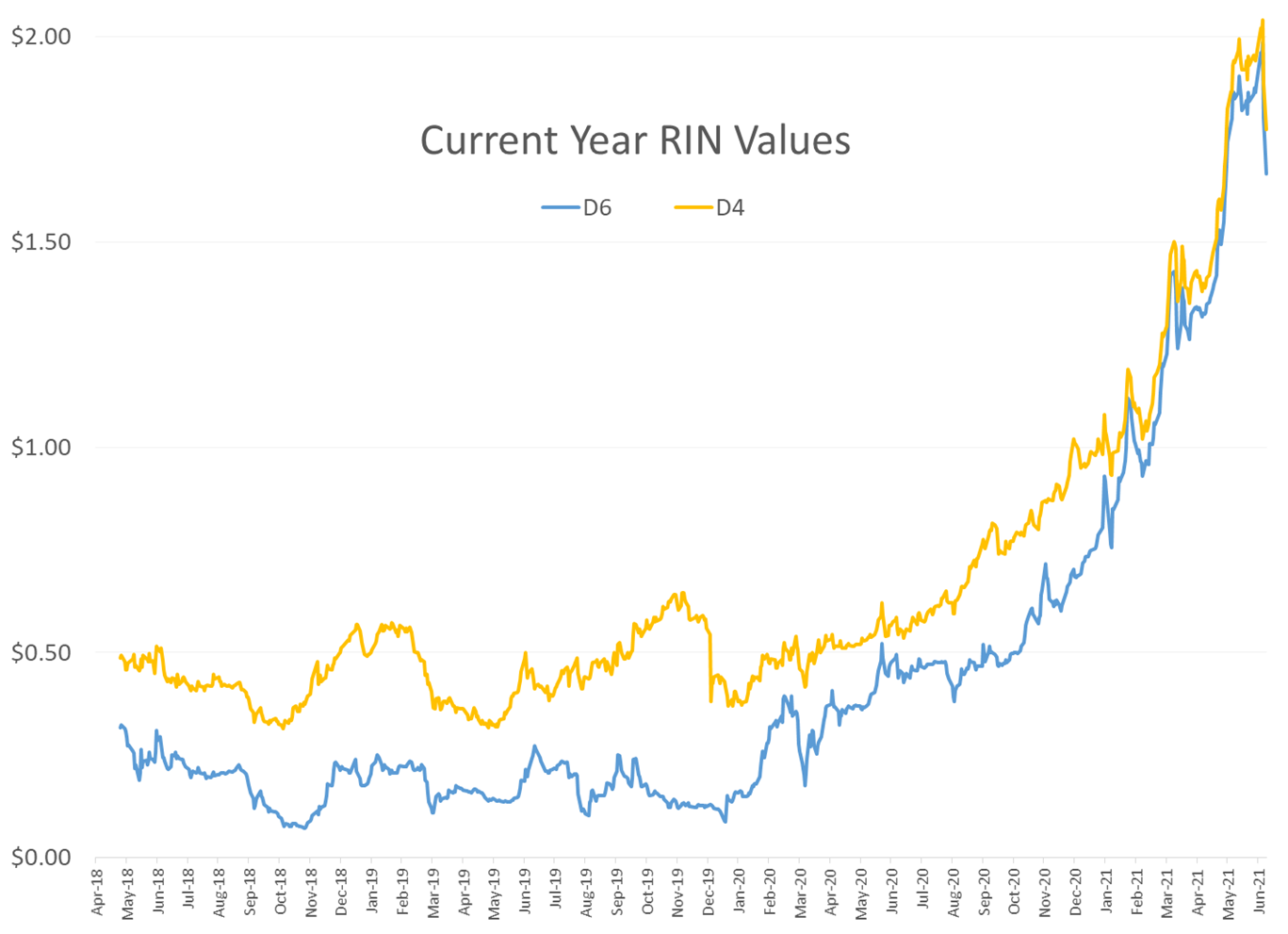 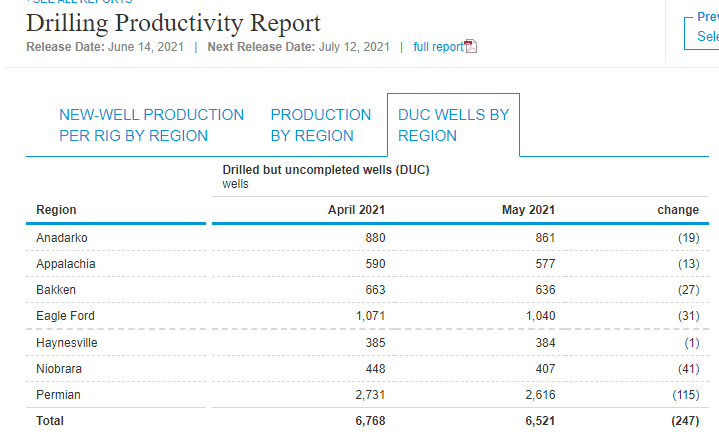