Oil & diesel prices are attempting a modest rally to start the week, on the back of a few bullish headlines over the weekend, but plenty of headwinds remain that might challenge any attempt to sustain a move higher.

There were a variety of headlines from the Middle East over the weekend: Most notably, Saudi Arabia replaced its energy minister with a royal family member, who promptly pledged his commitment to the current output cuts to balance global supplies.

Iran meanwhile announced its long-delayed cargo of oil had finally been delivered, and suggested that they were preparing to release the British tanker they’ve been holding, although details on both stories are scarce. The British tanker release would seem bearish for prices as it temporarily relieves tensions around the world’s busiest oil shipping lanes, while the oil delivery news could be bullish if the Iranians found a new way to get their product to Syria. Bloomberg had an interesting read over the weekend on the challenges of tracking Iranian oil.

We’re in the peak of hurricane season, and after 2 weeks of destruction from Dorian, 3 more potential systems are being watched for development in the Atlantic, in addition to Tropical Storm Gabrielle which poses no threat to the US. The good news is the first 2 systems are only given 20% chances of development by the NHC. The third, which is currently a wave moving over Africa, seems more likely to become a threat sometime next week.

A Reuters article is highlighting the challenges the White House is facing balancing Big Ag and Big Oil interests, which seems to have RIN values rallying off of their lows for the year. There’s still no word on what exactly the EPA or the White House will announce, but there is an expectation that some concession will be made to appease the farm lobby that could be bullish for ethanol, biodiesel and/or their associated RINs.

Baker Hughes reported a decrease of 4 active oil rigs last week, marking a drop of 32 rigs in the past 3 weeks, putting the total US count at 738, its lowest level in nearly 2 years.

Speculators remain cautious on energy prices, with money managers net-long holdings in WTI and Brent remaining below their 5 year averages, although Brent did see a modest increase last week. Those large funds look to be even more critical of refined products as ULSD saw a drop back to a net-short position (betting on lower prices) in the managed money category last week, while RBOB saw another large drop in net-length as the 2019 driving season ended. 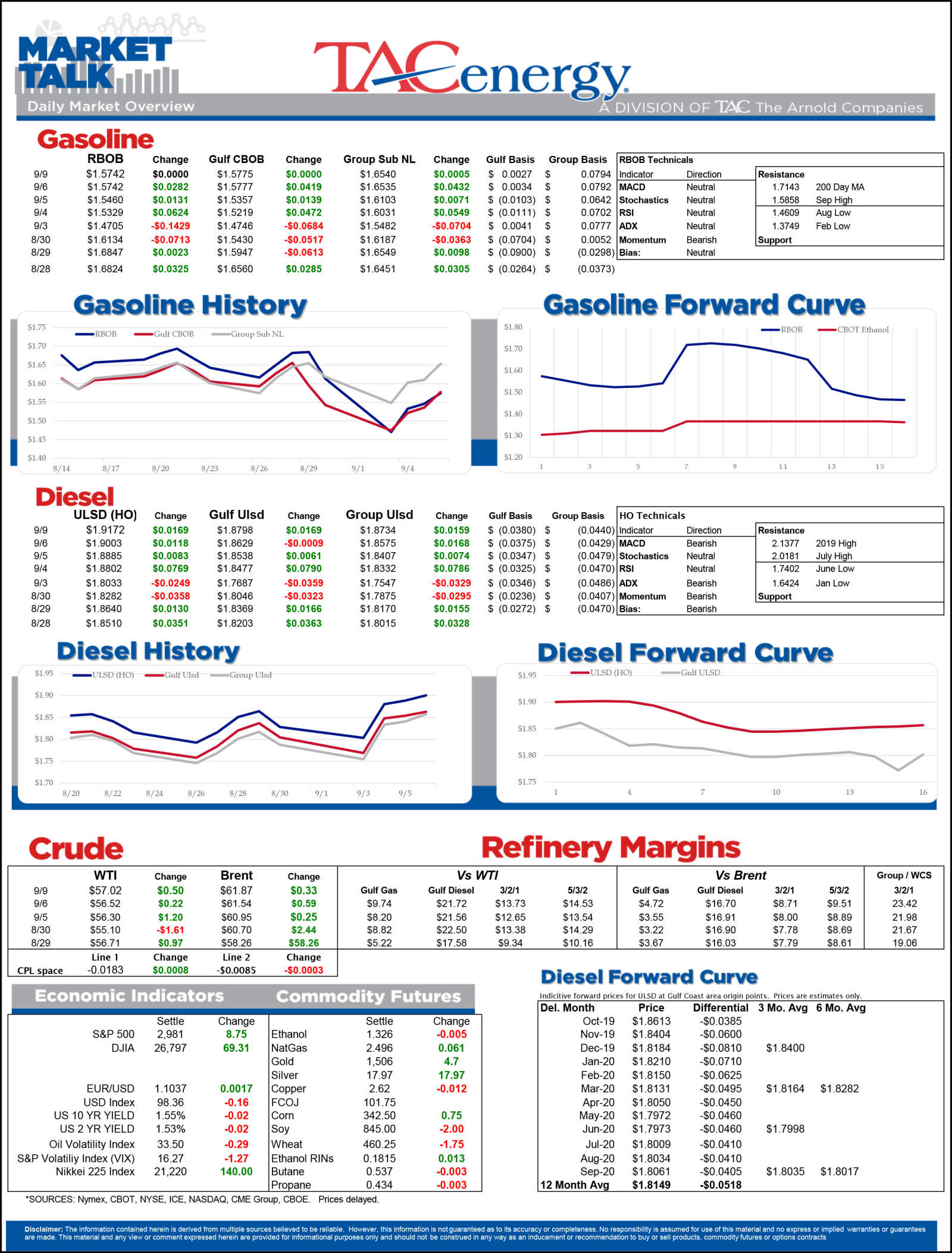 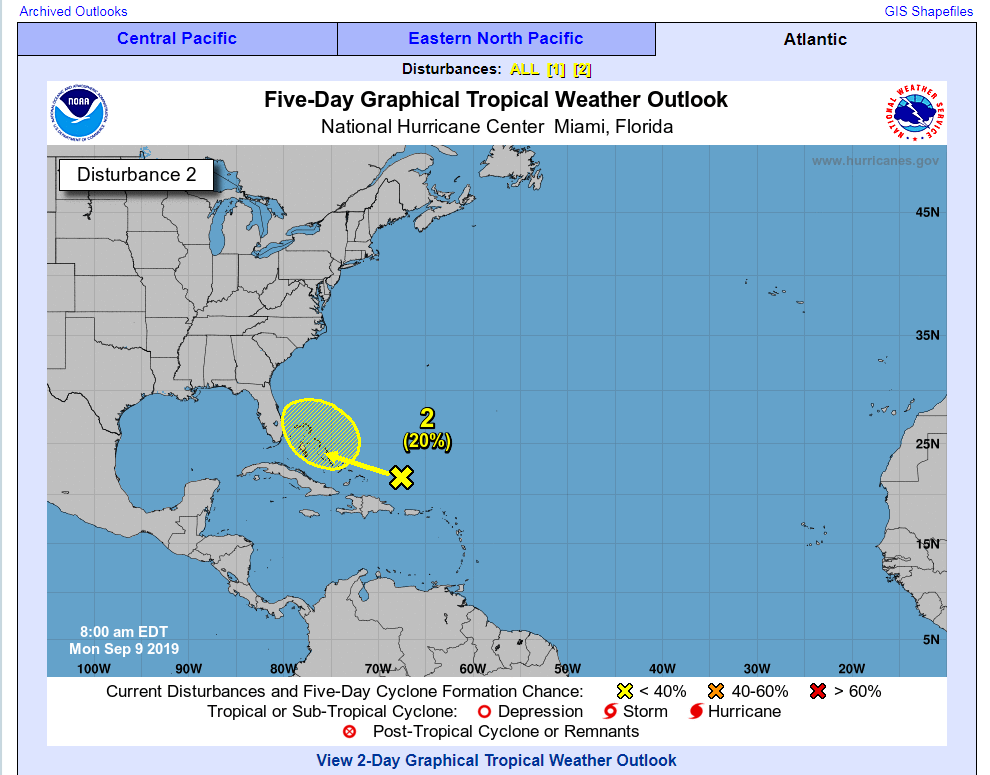 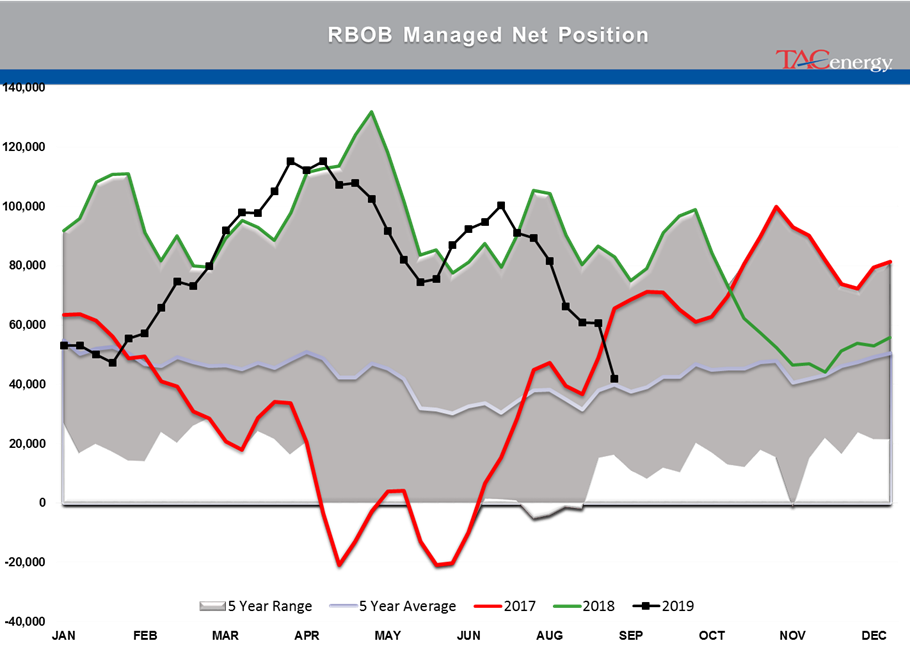