The energy complex is trading higher this morning on news that OPEC expects oil demand to exceed pre-COVID levels next calendar year. Despite the inherent conflict of interest in setting a price based on the word of someone who would like to see prices higher, the bulls have added 1-1.5% gains to the big three American petroleum benchmarks.

Traders are also noting lingering supply concerns adding to the buying pressure this morning, however tempered by Baker Hughes reporting an addition of six operating oil production platforms last week. Four of the rigs returning to service were located offshore that were shut down from Hurricane Ida. Nearly a third of the eleven closed late last month have started up again, just in time for the next summer storm.

Tropical storm Nicholas popped up in the Gulf of Mexico over the weekend, heading towards Houston with gale-force winds later tonight. While the storm isn’t likely to develop into a hurricane before marking landfall, it’s slow speed will cause widespread flooding, possibly as far as the already-soaked cities of south Louisiana.

Even after Nicholas comes and goes this week (hopefully without making mischief), the Atlantic storm procession will continue. Two areas of interest are active now with the more troubling of the pair taking aim at the Atlantic seaboard. Currently it’s a coin flip if the system will organize in the next 5 days, but the tropical wave coming off the western coast of Africa has an 80% chance to form over the next week. 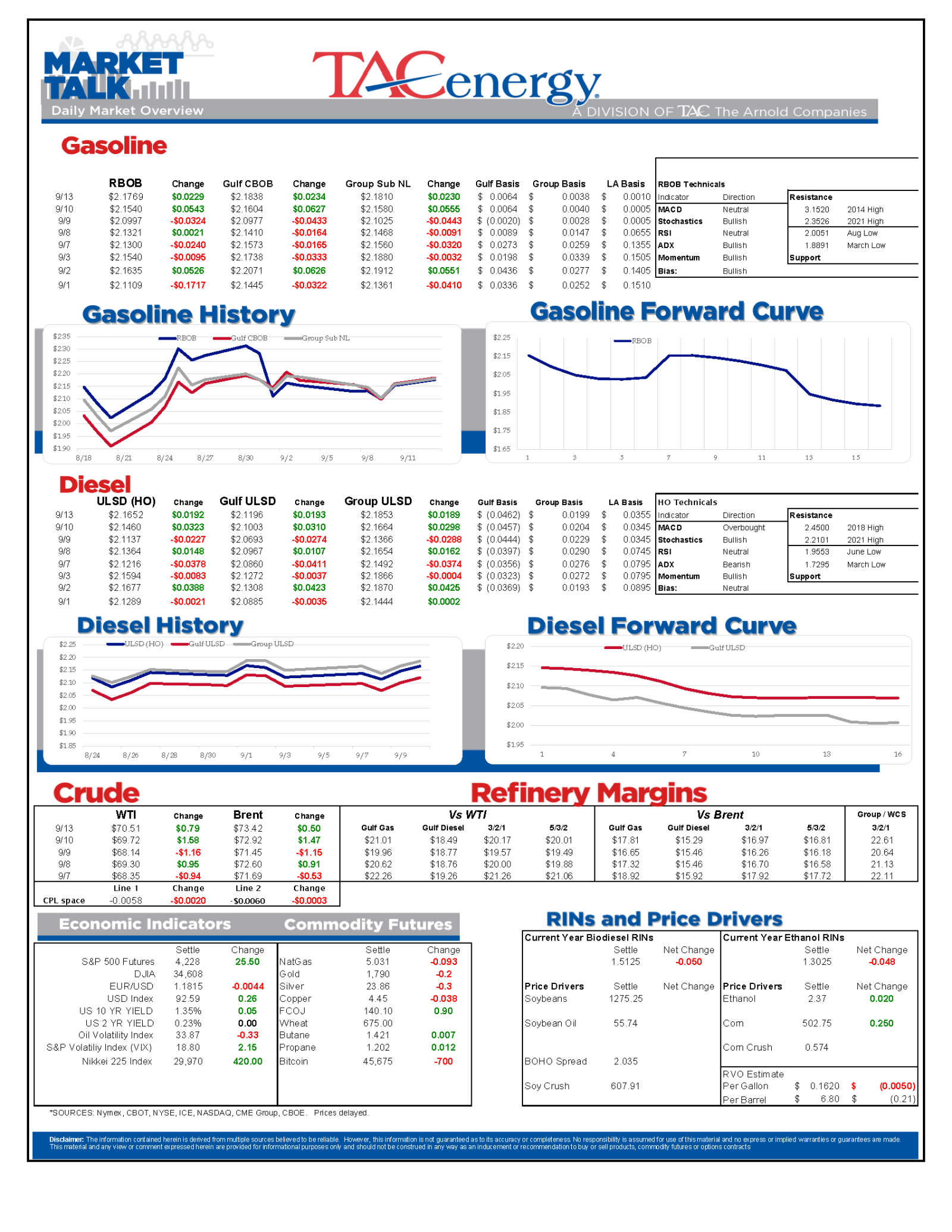 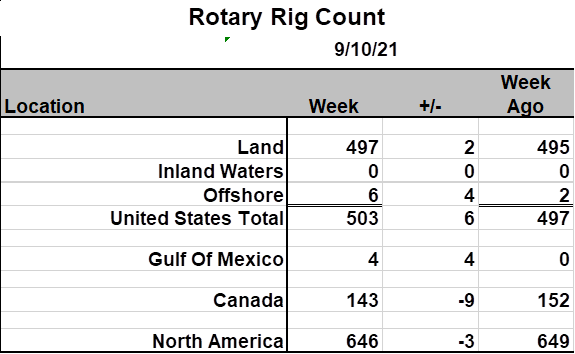 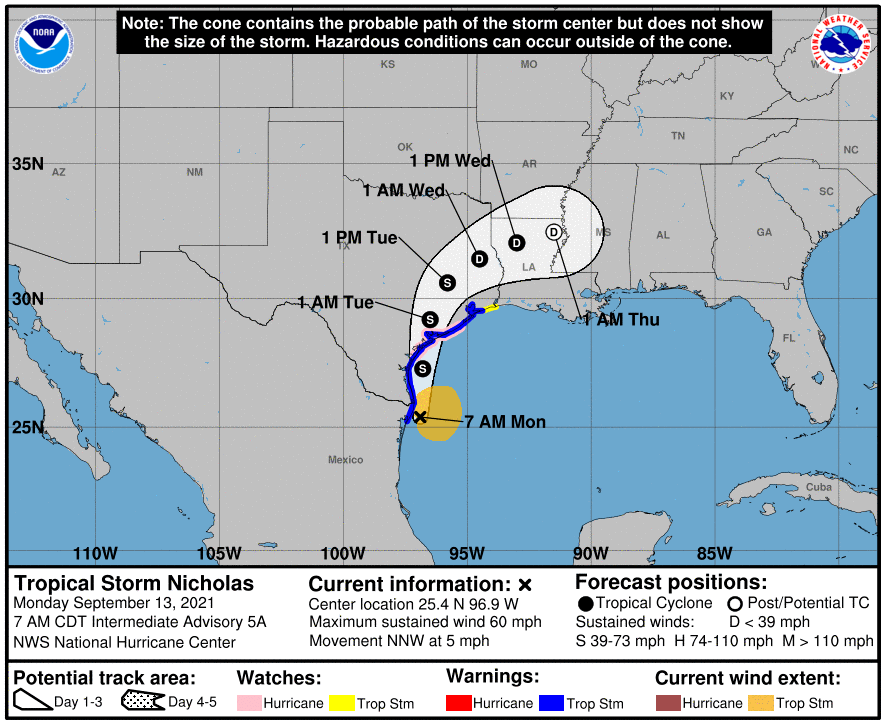