Oil and diesel prices are hitting fresh 8 month highs this morning and the big 4 petroleum futures contracts are now each up more than 30% from the lows set November 1st with a variety of technical and fundamental factors contributing to the surge.

The DJIA breaching 30,000 seems to be giving plenty of sentimental boost as investors are taking a risk-on stance, and there is clear technical momentum now that the top end of the long-lasting sideways trading range has finally broken.

Perhaps most notable on the charts is that ULSD futures finally filled the gap in their chart left behind during the March collapse. There’s still another 20 cents of upside for distillates to reach their March highs, but short term warning signals are suggesting the contract is overbought following an 8 day streak of gains, and due for a corrective pull back in the near future.

Expectations that OPEC & Friends will be forced to extend output cuts, and another missile strike on Saudi Arabian energy infrastructure are both getting credit for the fundamental reasoning for this rally. The good news is the Saudi facility suffered minimal damage from the missile that was reportedly able to travel more than 300 miles through the air, but was apparently unable to break through the outer wall of a diesel storage tank.

The API was said to show builds in crude oil and gasoline inventories last week of 3.8 and 1.3 million barrels respectively, while distillates drew by 1.8 million barrels. The builds in inventory were getting credit for a pause in the rally overnight, but seem to be ignored now that the buyers have stepped back in.  The DOE/EIA’s weekly status report is due out at its normal time this morning.

An EIA note this morning shows US gasoline prices are holding near their lowest in 10 years heading into what is traditionally the busiest travel day of the year. The note also highlights the expected reductions in travel this Thanksgiving holiday by car (4%) air (48%) and mass transit (76%) due to COVID.

That huge difference between automobiles (which primarily run on gasoline) and other transportation methods (which rely heavy on various distillates) is one of many challenges refiners are facing as they attempt to shift output to match the unprecedented changes in demand this year.

Speaking of which, there was yet another refining casualty this week as Total announced it was halting operations the Donges refinery in Western France due to poor economic conditions.  The shutdown is expected to last several months, but the plant is moving forward with a major upgrading project suggesting that it could return to service once demand gets back to normal.

NYMEX contracts will trade Thursday and Friday, but only Friday’s trading will have a settlement. Spot markets will not be assessed either day, so most rack prices will carry through from tonight to Monday. 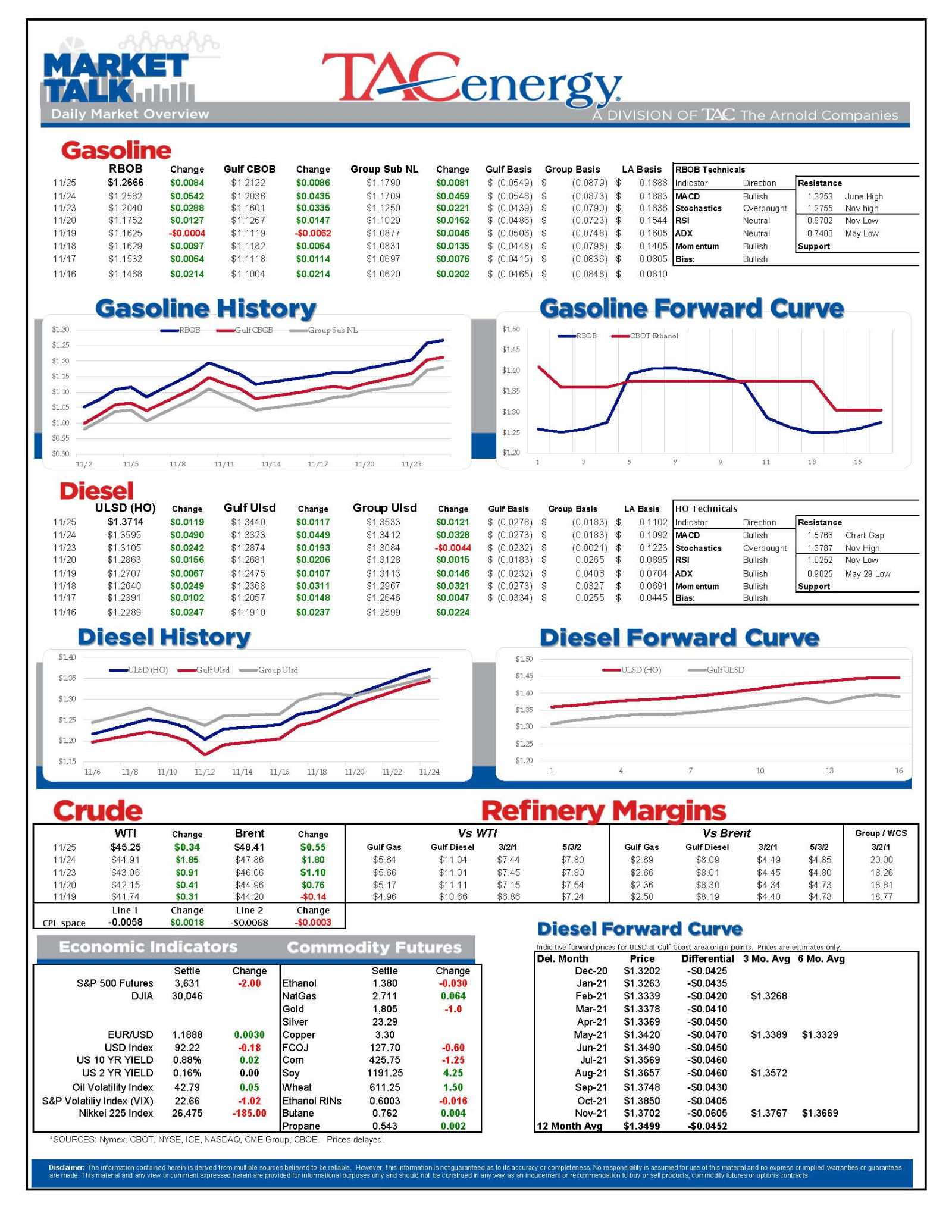 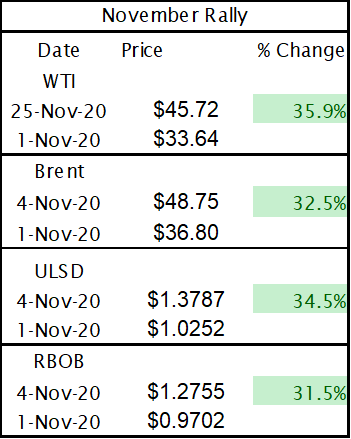 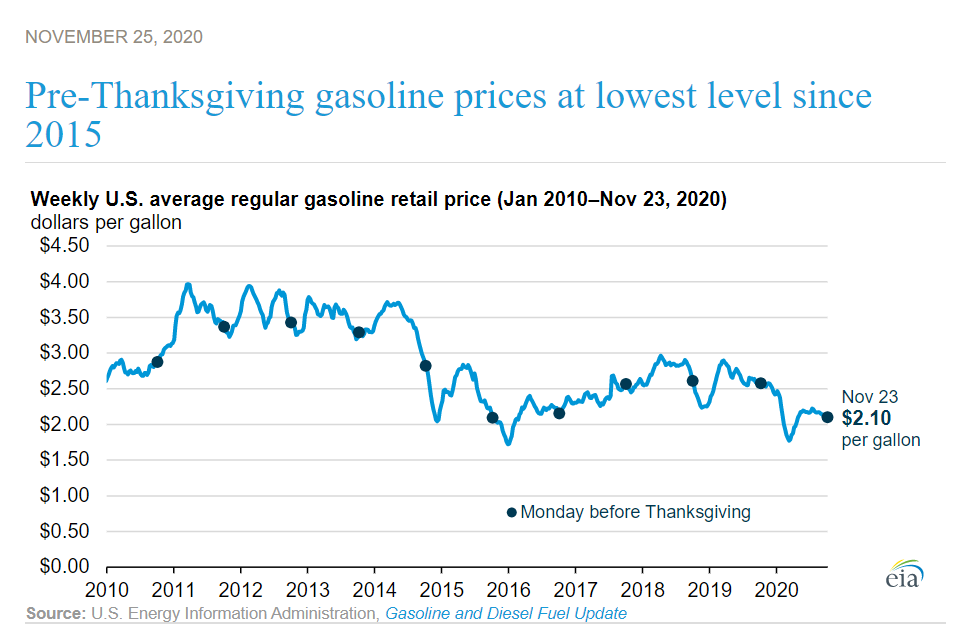