It’s MLK Day, so NYMEX Futures are trading in an abbreviated session and won’t have a settlement today. The Spot market assessors are all closed for the day and most cash traders and brokers have taken the day off as well, meaning most rack prices posted Friday will carry through until Tuesday.

The NYMEX contracts are picking up where they left off Friday with some modest selling. While the upward momentum was clearly lost last week, the bullish trendlines remain intact for now, but WTI needs to hold on above $52 to avoid a larger correction.

Baker Hughes reported a net increase of eight oil rigs drilling in the U.S. last week, the eighth straight weekly increase in that count. The total rig count is now at a fresh eight month high, but remains less than half of what it was pre-COVID. The Permian basin accounted for the entire move last week, adding 10 rigs while the rest of the basins in the country declined by two.

Speaking of the Permian basin, ExxonMobil responded to a report in that an employee that claimed the company was overstating the value of its assets in the Permian basin. The company’s argument was that the actual drilling performance exceeds the modeling used.

The EPA on Friday issued a proposed rulemaking that would waive refiners RFS obligation for a year due to the devastating impacts COVID has had on the industry. RIN prices barely flinched however, as the move is seen as symbolic only as the new administration will be in control before the 30 day comment period on the proposal ends. Since one of the new President’s first acts is expected to be redacting the Keystone XL pipeline permits, few expect that his administration will go out of its way to help traditional refiners.

Money managers seemed conflicted last week, increasing bets on higher oil and gasoline prices while cutting back on distillate net length. Colder weather in parts of the world has caused a spike in some regional natural gas markets, but so far that strength does not seem to be spilling over into diesel fuel. 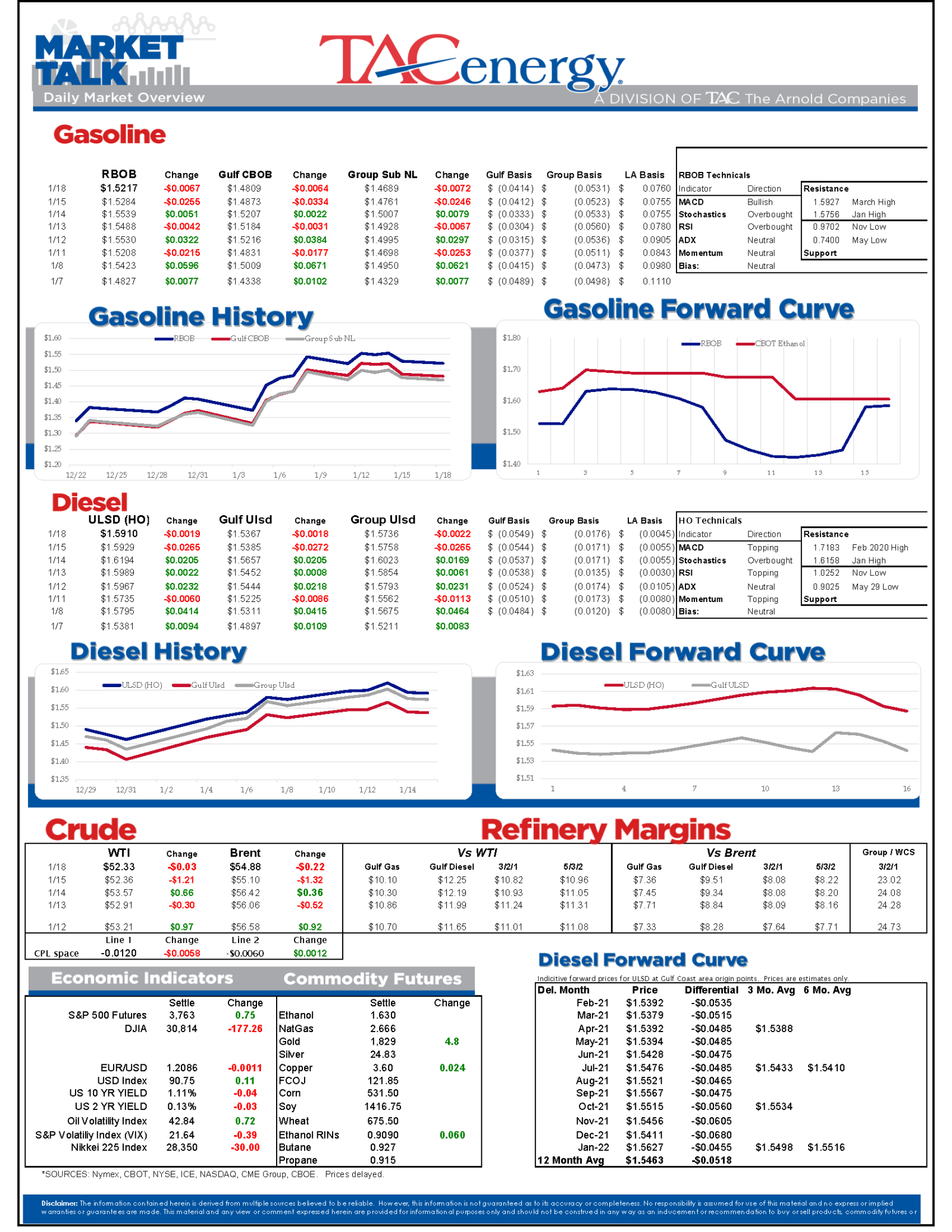