Energy prices are coming under pressure for a 3rd straight day, although so far the theme of the sell-off has been bend, don’t break. News that an oil tanker had been seized by Iranian forces near the world’s most strategic waterway, had buyers step in Tuesday morning after an early wave of selling had the energy complex looking poised for a big drop. Reports this morning that the tanker had been released seems to have calmed fears of an immediate escalation that could disrupt supplies and has WTI trading back below $70.

Daily and weekly charts continue to suggest that prices have likely topped out after a 9 month rally, and the July lows of $2.07 for RBOB and $1.96 for ULSD look like the near term target to the downside.

The API reported inventory draws across the board last week, but even a decline of nearly 6 million barrels of gasoline wasn’t able to help prices sustain an overnight rally attempt. Oil stocks were said to decline by 879k barrels, while diesel was down 717k on the week.  The EIA’s weekly stats should be out at 9:30 central.

Coffeyville Resources announced it was pausing its Renewable Diesel production at its Wynnewood, OK refinery due to high feedstock costs as oil refiners compete for other types of oil to take advantage of California’s credit programs and also help the environment. As the chart below shows, soybean oil prices have tripled in the past year as the race to make more renewables has refiners competing with food producers as the truly alternative feedstock sources like waste oils are depleted.

Marathon reported an operating profit for the first time since the pandemic hit. A few notes from their Q2 earnings release are included below.

Insult to injury: For those in the US struggling to maintain adequate supplies of jet fuel, the EIA this morning reminds you that inventories of Jet are above average across the country as refiners have rapidly ramped up production in recent months. It’s no surprise that refiners will gladly return Jet output after being forced to shift to other distillates last year when Jet demand collapses, as aviation fuels don’t create a RIN obligation, and save those producers somewhere around $.20/gallon as result. The shortage of drivers to get fuel from terminal storage to the end user tankage continues to be the bottleneck in the supply chain however, with more airports forced to ration their supplies as a result. 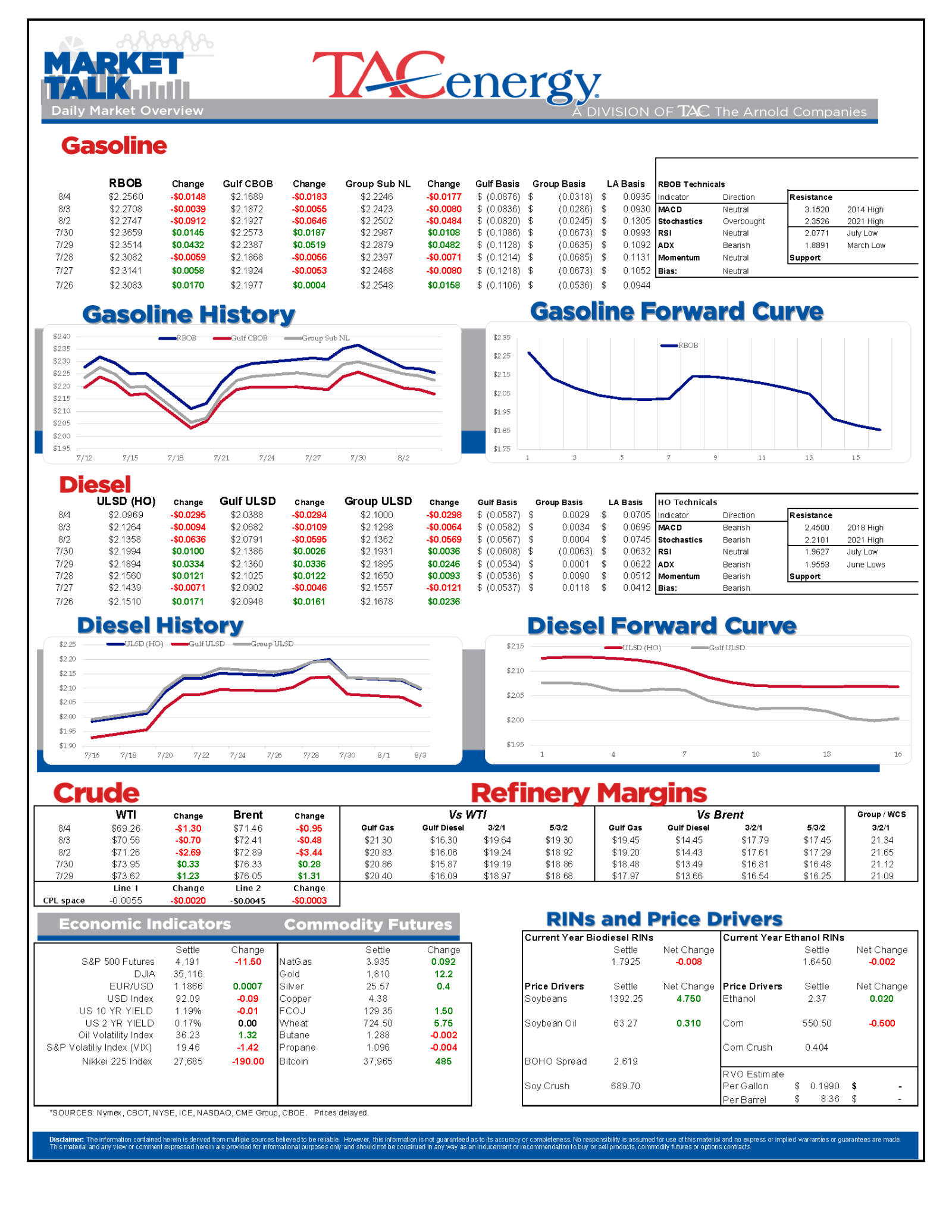 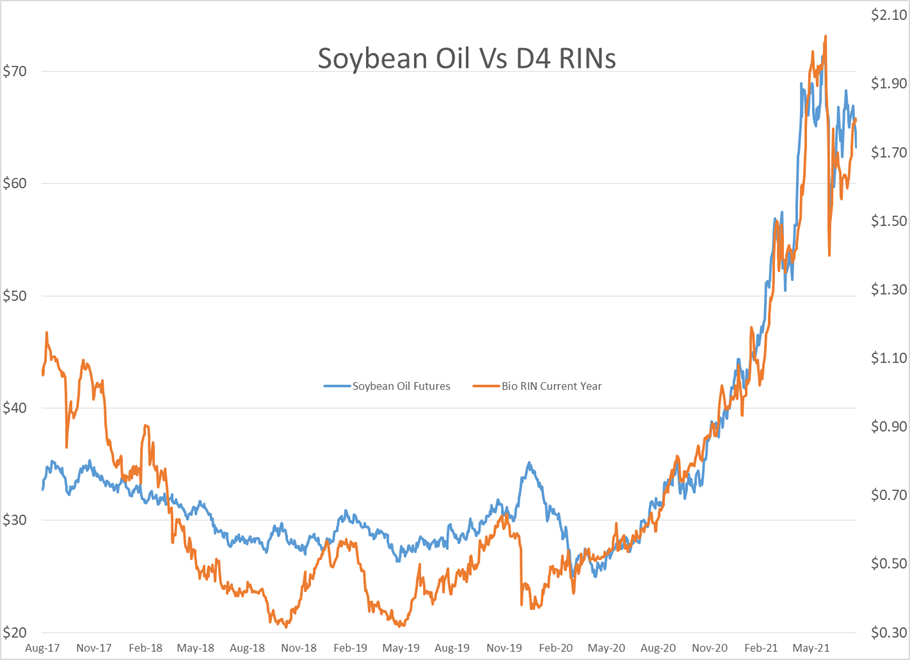 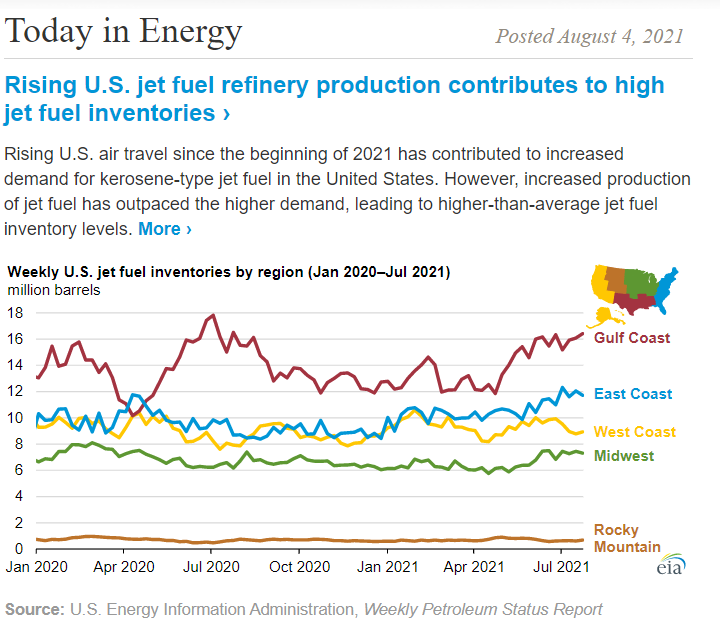