The fear trade is back on, pushing energy and equity markets sharply lower to start the week. New restrictions due to rising COVID counts are the headline of the day, spreading concerns that demand for fuels and other goods could plummet once again this fall.

RBOB gasoline futures are leading the energy complex, trading down by more than a nickel in the early going after a strong rally last week, as the heart of U.S. refining dodged another storm threat, and signs are growing that the seasonal demand slowdown is upon us.

We ran out of names for the 2020 hurricane season, and had to move to the Greek alphabet for just the second time ever as three new storms were named Friday. Tropical Storm Beta is expected to make landfall in Texas near Matagorda bay overnight, which keeps it far enough away from the Corpus Christi and Houston refining hubs that it should not be a major supply disrupter over the next day or two.  The problem is that it’s expected to stick around for most of the week, and dump huge amounts of rain – more than a foot in some areas – that will cause flooding, some of which will be in areas still recovering from Hurricane Laura. The storm is also close enough to shore that it could move back out to sea where it can continue to gather strength and add to the rainfall totals.

Meanwhile, Hurricane Teddy is making its way towards the Eastern coast of Canada, but looks like it’s staying far enough to the east that it should miss the Irving refinery in St. John.  There is another system near Florida being tracked by the NHC, but it’s given just 20% odds of developing this week.

Remember when we were worried that IMO 2020 specs would mean a shortage of diesel this year? A Bloomberg article notes that Refiners are having to blend kerosene into VLSFO bound for ships because weak demand for jet fuel has them scrambling to keep tanks from reaching capacity. This unusual blending pattern for distillates is expected to continue in the coming year, and keep pressure on ULSD prices as inventories hold near record highs.

Baker Hughes reported a reduction of one oil rig last week, as drilling activity remains near record lows in the U.S. 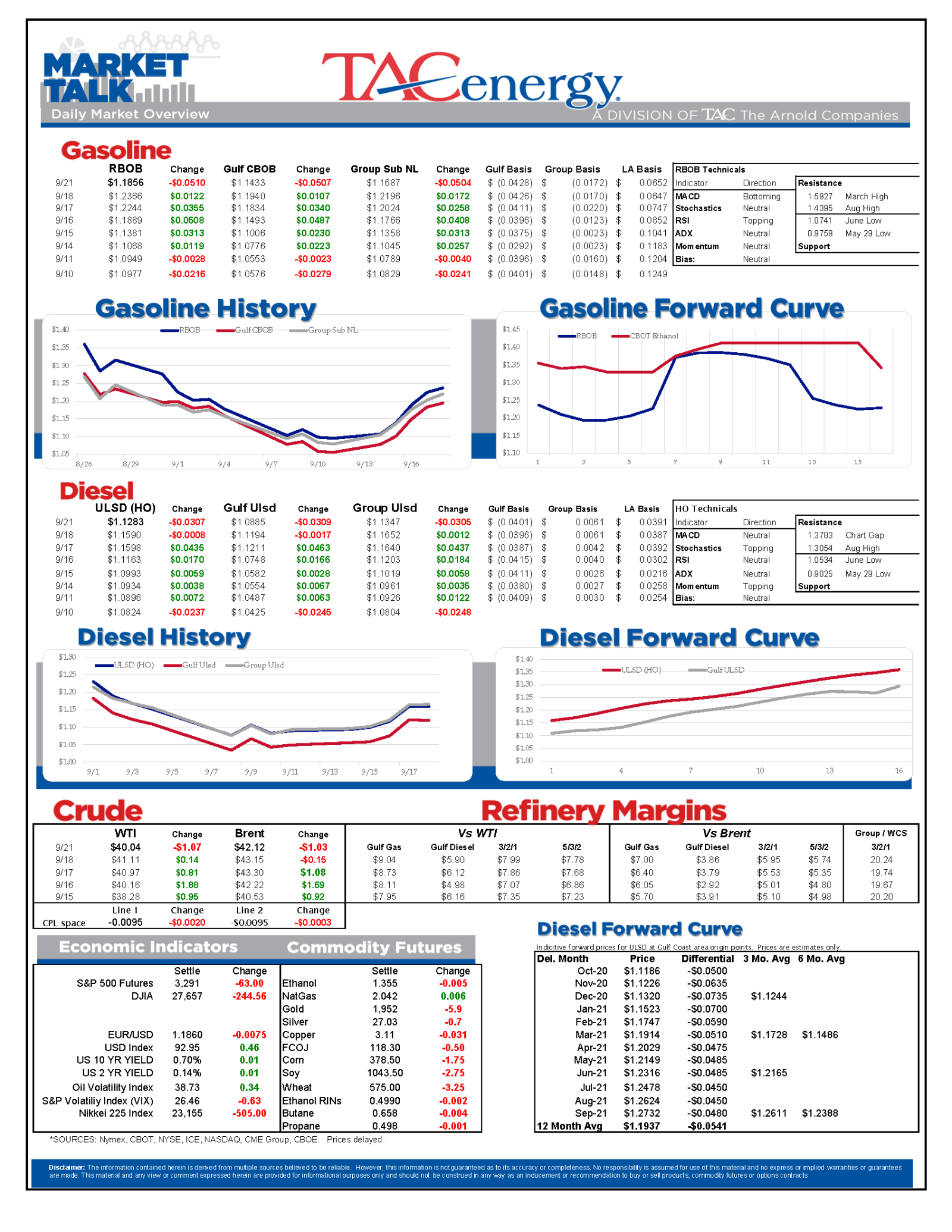 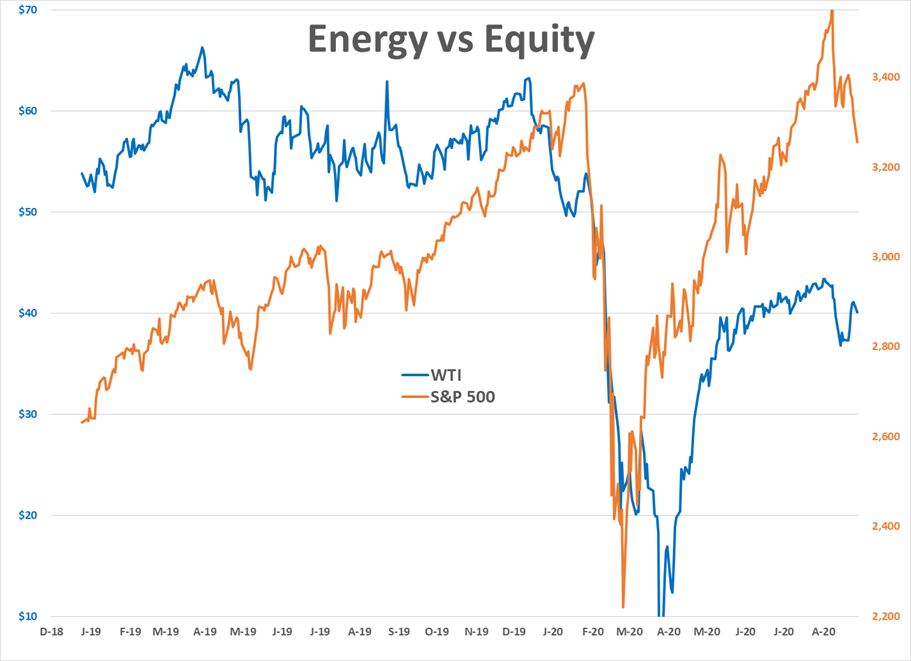 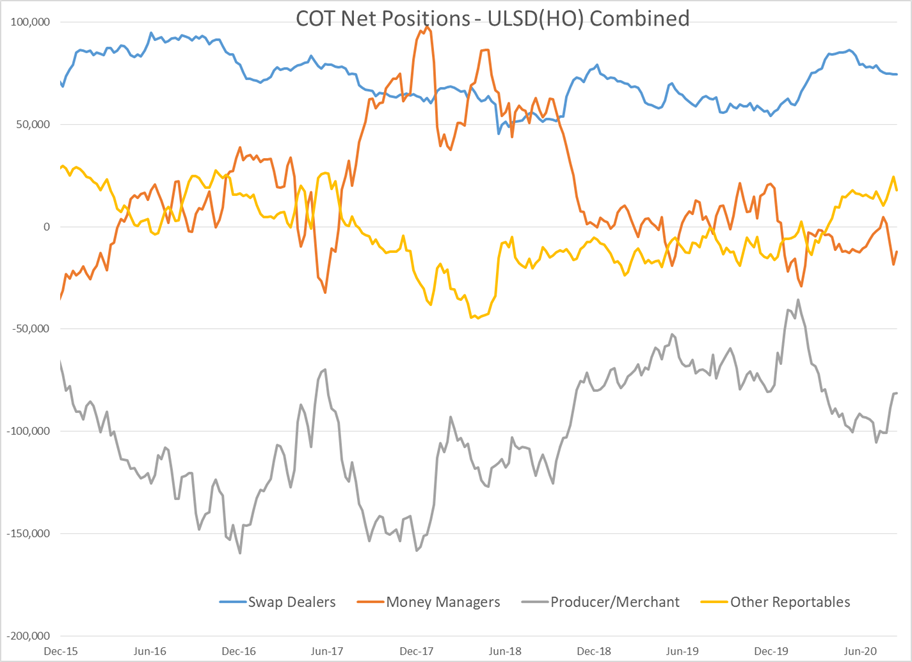