January trading is winding down with gasoline trying to lead the energy complex on another rally, while oil prices are resisting the pull higher. Both ULSD and RBOB futures are hovering near 11 month highs, with buyers pushing up crack spreads that are struggling to keep pace with surging RIN values that are threatening to be the straw that breaks the backs of some refiners struggling through the COVID demand destruction.

The moves in energy futures remain relatively muted, even as equity markets around the world are seeing a sharp increase in volatility this week.

Electric cars are all over the news this week after the President announced a plan to overhaul the federal fleet with electric vehicles, which caught many – who anticipated a push towards renewable fuels – off-guard. A Reuters report yesterday suggests that big oil lobbyists are reaching out to big ag in Washington to try and come up with a way to fight that plan. Meanwhile, GM announced plans to completely phase out internal combustion engine powered vehicles by 2035, joining California’s governor in the lofty electric vehicle goals that will be powered by _________ (they haven’t got that far yet). A recent study by California’s energy commission suggests to accomplish the goal, the state alone will need 1.5 million electric charging stations in the next 10 years, while the President’s plan lays out just 500,000 for the entire country.

Valero’s Q4 earnings release shed more light on the challenging operating environment for refiners. The company’s refining segment reported an operating loss of $476 million (excluding LIFO adjustments) during the quarter, compared to $1.4 billion in income during Q4 2019. The company’s renewable diesel and ethanol segments were profitable during the quarter, but also saw reduced earnings compared to the prior year. Perhaps most notable in the release is that Valero, via its Diamond Green joint venture, is planning to quadruple its renewable diesel production in the next couple of years with an expansion of their existing facility in St. Charles, and with a new plant at Valero’s Port Arthur refinery.

The EIA this morning published a closer look at the global demand destruction in Petroleum products last year, which shattered all records for the 40 some years the agency has been tracking this data. 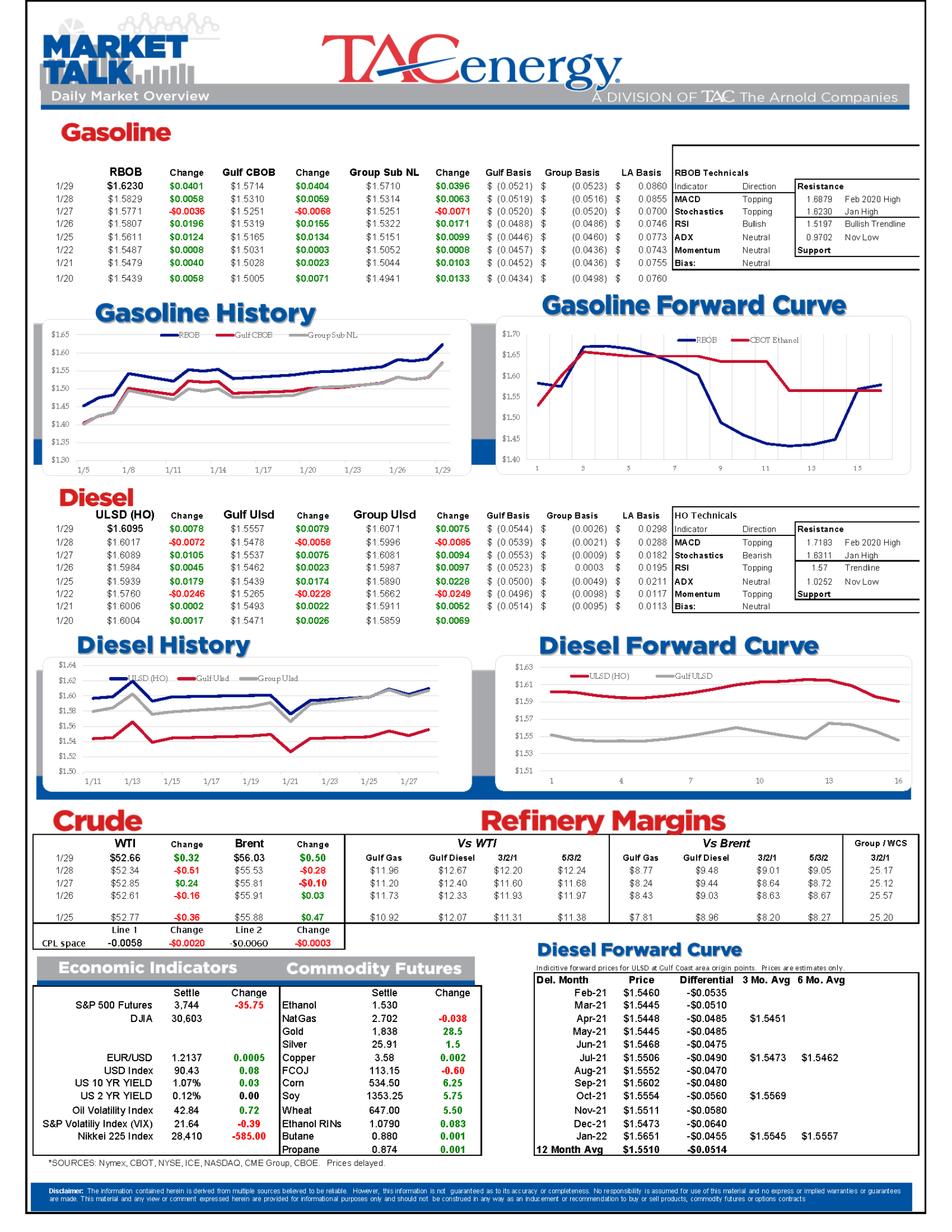 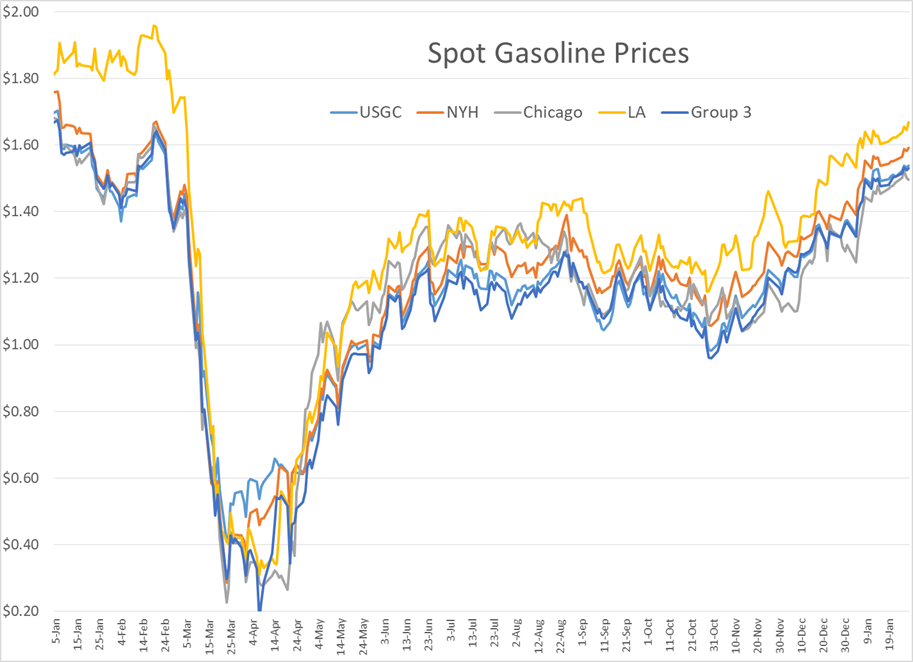 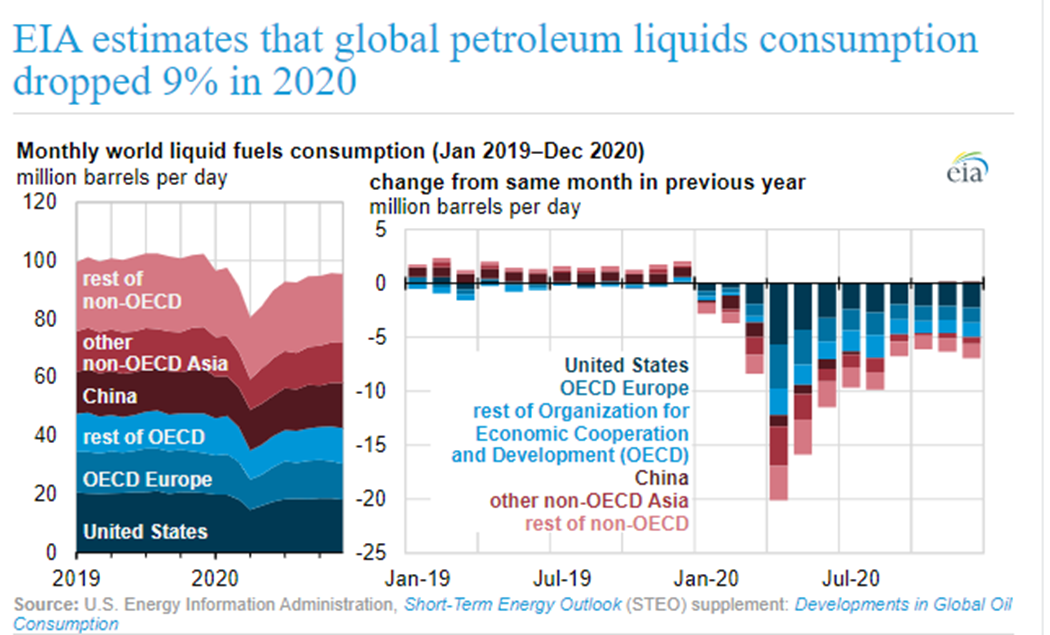