Markets Due For Technical Correction

After reaching their highest levels in nearly a year overnight, the energy complex has pulled back sharply in the early going this morning. As has been the case during any selloff recently, COVID case counts and drama in Washington DC are both getting some of the blame. There’s also a case to be made that after a euphoric rally, both energy and equity markets had reached overbought territory and were due for a technical correction.

You might remember we saw a similar large reversal lower last Monday, but buyers stepped in before the upward-sloping trend lines were breached and the bulls took over the rest of the week. It looks like 50 will be a big number to watch this week, with WTI needing to hold above $50 to keep the huge rally intact, and refined products needing to stay above $1.50 to keep the upward momentum going.

Baker Hughes reported eight more oil rigs were put to work last week in the U.S., bringing the total rig count to a new eight-month high, that would still be a record low prior to 2020. The Permian basin accounts for 179 of the 275 total oil rigs active in the country, and made up half of last week’s gain.

The CFTC’s COT report was a mixed bag last week with Money managers adding to net length in RBOB and Brent contracts, but reducing ULSD and WTI positions. Perhaps most notable is that RBOB length held by large speculators is now at its highest level since the start of COVID, even though gasoline demand has dropped sharply in recent weeks. That flow of funds could prove pivotal in the weeks to come, because if the big funds see RBOB as a long term bet and are willing to ride out the bumps until the vaccine rollout gets business back to “normal” then any dip like today might be a good buying opportunity. On the other hand, once those funds decide the party is over, the liquidation of that length could create a snowball effect to the downside.

RIN values pulled back for the first time in a couple weeks Friday after the Supreme Court agreed to review last year’s ruling by a circuit court that limited the ability of the EPA to grant small refinery exemptions. The hearing won’t be until April, and a ruling may not come until the summer by which point it’s possible the entire RFS could be changed depending on how the new congress prioritizes its agenda for the year. Another interesting note on this case, the Plaintiffs (HollyFrontier & Wynnewood Refining Co) have both announced plans to convert units to Renewable Diesel production, which means if the supreme court rules in their favor, it may end up helping their competitors more than themselves. 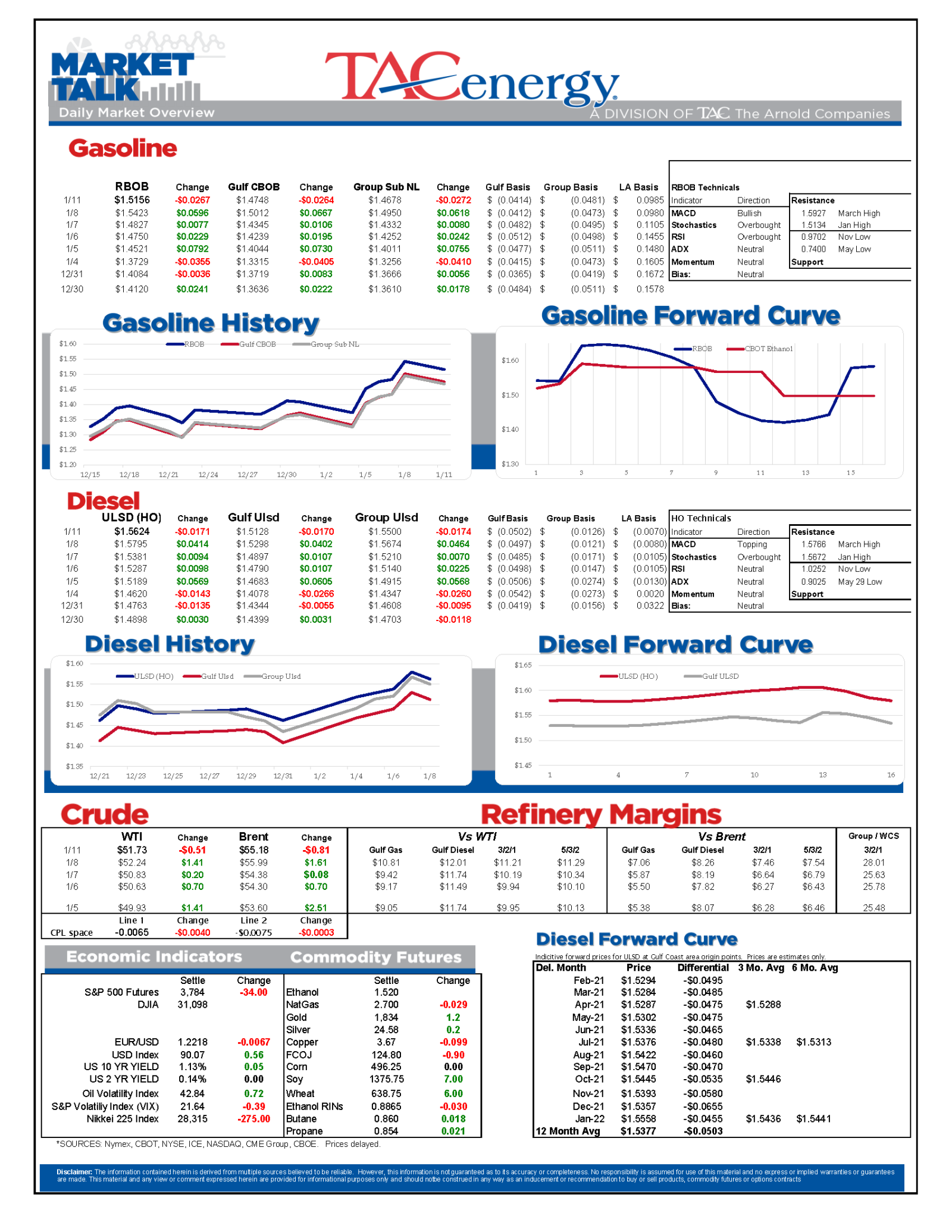 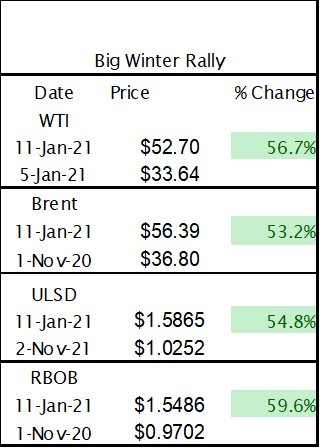 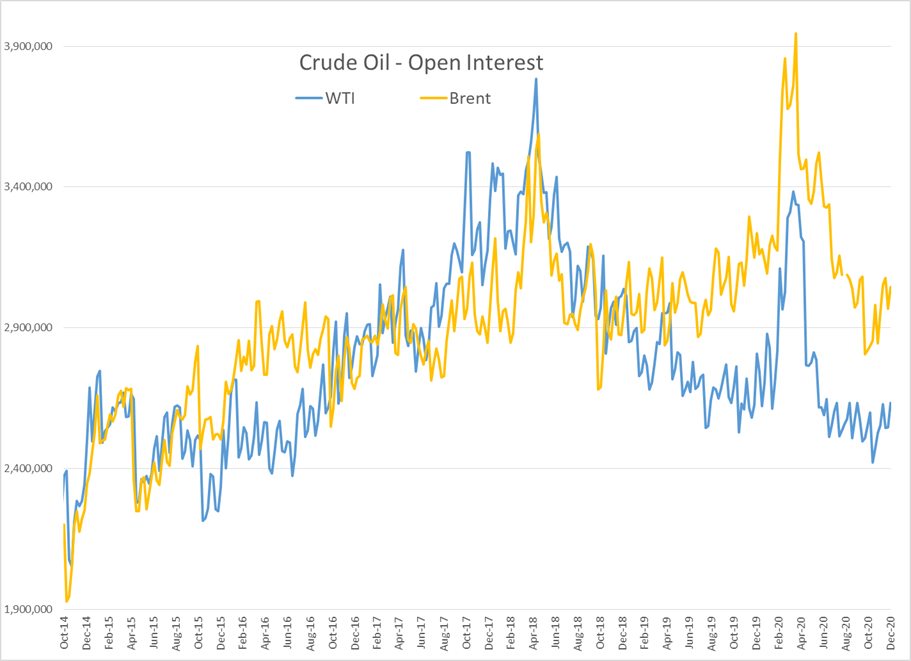