Energy markets are on the cusp of a technical breakout to the upside with diesel prices hitting eight month highs, while crude and gasoline prices follow close behind.

Markets around the world seem to be cheering the news that Janet Yellen – the relatively market-friendly former FED Chair – is being tapped as the new U.S. Treasury Secretary.  That move is seen by many as a sign that the new administration will be more focused on economic recovery than reform. In addition, reports that the Presidential transition is moving forward seems to be easing concerns over a protracted legal battle.

ULSD is trading higher for a seventh consecutive day, reaching a new eight month high and moving half way into the chart gap left behind during the March price collapse. WTI came within three cents of hitting an eight month high of its own overnight, setting up a critical test of the sideways trading pattern that’s contained the price action for June. There’s an interesting potential move on the WTI monthly chart, as the short lived selloff Sunday, November 1 and subsequent rally could make an outside up monthly bar that breaks both the low and the high ends of that sideways range.  If prices can settle the month by breaking through the top end (near $44) there’s a strong case to be made that we’re soon going to see $50 crude.

Diverging diesel markets: Midwestern diesel spreads are collapsing this week after hitting their highest premiums in years as the annual post-harvest demand slump seems to be in full force across the region. Gulf coast values saw modest weakness in sympathy as the window to profitably ship barrels north has closed. West Coast values meanwhile are trading at double digit premiums to futures, with LA spots rebounding sharply from a mid-November slump, in what seems to be a reaction to a handful of unplanned refinery issues in the area.

The CFTC published a report on WTI’s plunge to negative values on April 20th. The report cites numerous fundamental and technical factors, and stops short of placing blame, and in many ways suggests the market performed as intended. The results are disappointing many who were looking for a smoking gun, and those that have a hard time understanding how complex commodity futures trading can be. One interesting point brought up in the report is the relatively high open interest in WTI in April, and the amount of positions held by “non-reportable” trading groups, meaning those with small enough positions they aren’t required to report to the CFTC. Those findings are consistent with earlier reports that suggested retail investors – many in China - were left holding the bag when they started trading in WTI without understanding how the contract really works.

NYMEX contracts will trade every day this week, although there will be no settlements published Thursday due to the Thanksgiving holiday in the U.S. Spot markets will not be assessed Thursday or Friday, so most rack prices will carry from Wednesday night through the weekend, even though futures will continue trading. 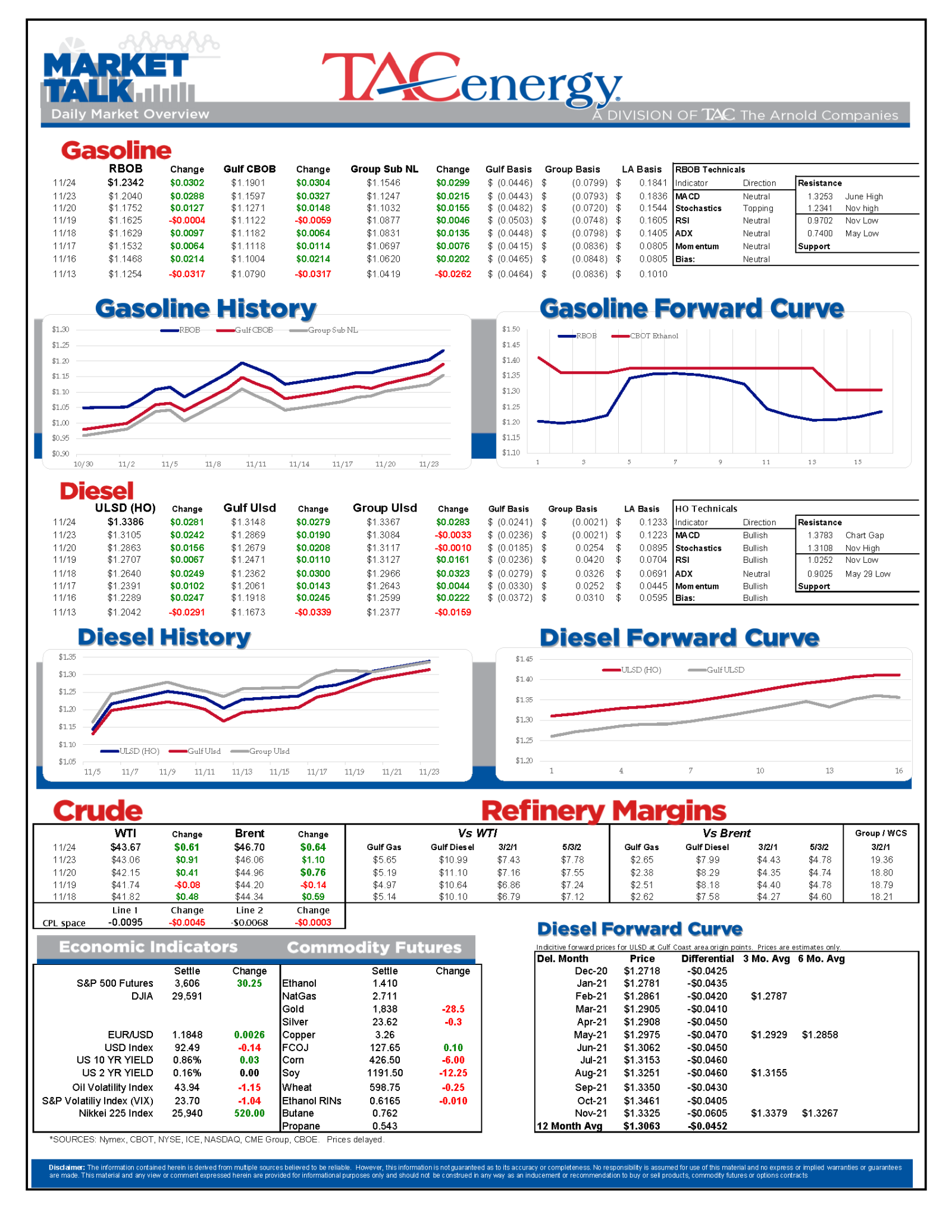 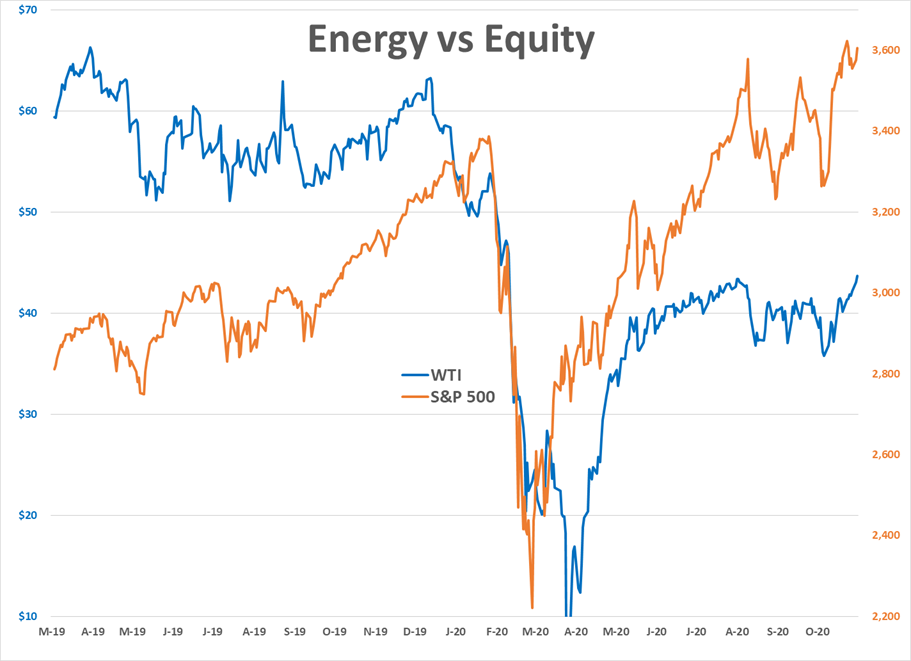 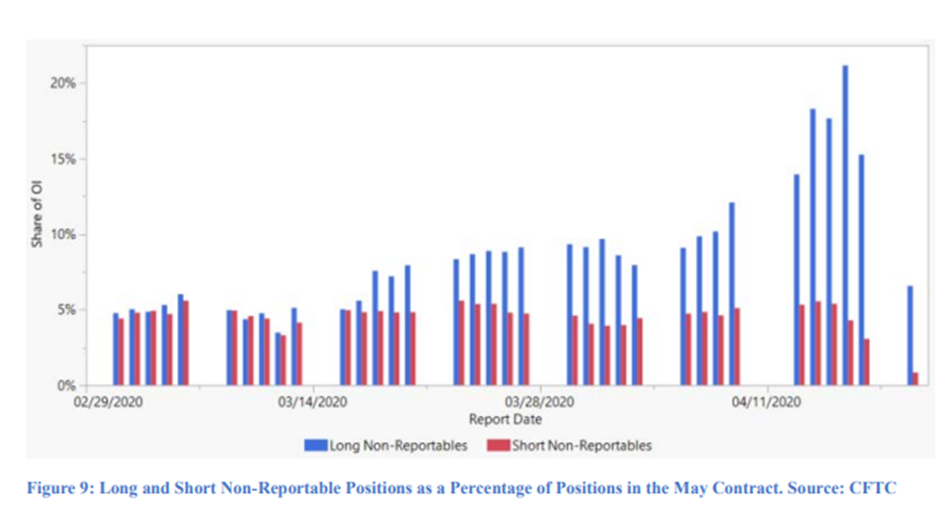