Market Seems Fixated On The Slowdown

Several refinery issues and a tropical storm haven’t been enough to spark a rally in refined product prices this week, as the market seems fixated on the slowdown in reopening that has caused demand to dip in several regions.

The IEA’s monthly oil market report highlighted new threats to demand in North and Latin America due to the rising COVID case count, suggesting the risk in the back half of the year is now heavily favoring more downside, and that sentiment seems to be outweighing the impact of several supply issues.

RBOB futures dropped seven cents in the past two days, despite the Bayway, NJ refinery being forced to shut several units unexpectedly due to a power outage and potential lightning strike this week, the second largest plant having to extend maintenance longer than anticipated, and Canada’s largest refiner (and the biggest importer to the East Coast) announcing it was laying off six percent of its workforce due to the challenging margin environment for refiners.

On top of all those issues Tropical Storm Fay is heading straight for the NY Harbor, and should hit land sometime later today or early Saturday morning. The good news is the storm is moving fairly quickly, and is not expected to strengthen before hitting land, which should limit its impact on the region.

Just in the past few moments August RBOB futures have turned positive, so don’t be surprised to see some short covering ahead of the weekend just in case there is lasting damage from the storm or extended downtime at Bayway.

Good news for several Midwest refiners: inspections on the West Leg of Enbridge Line 5 found no damage, which should keep oil flowing through that segment, while the East line remains shut.

The EIA took a closer look at the drop in U.S. fuel demand yesterday, noting the drastic changes the industry had to make as gasoline and jet fuel consumption dropped to levels not seen in more than 40 years. 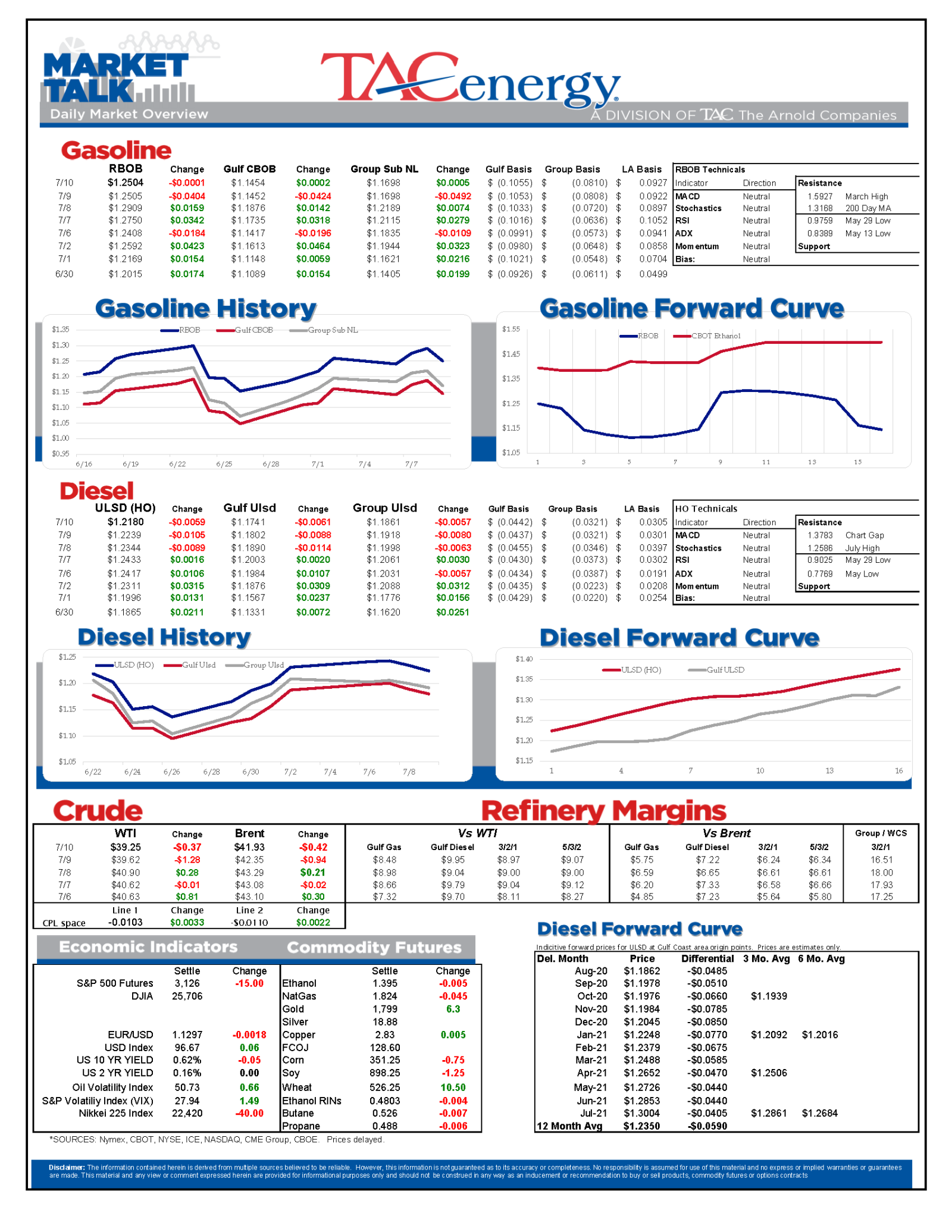 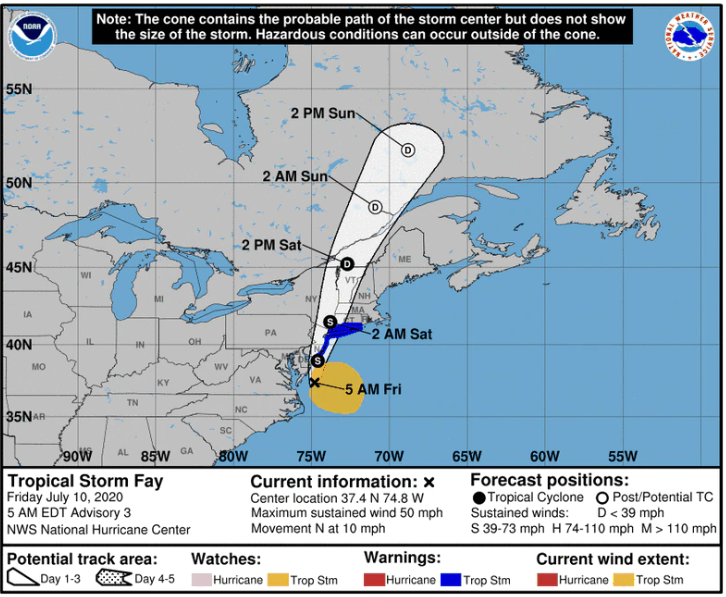