We’re seeing a modest round of “risk off” selling in energy and equity markets to start Thursday’s session, as recovery doubts appear to be growing and market players grapple with numbers they’ve never seen before.

This latest round of selling is pushing petroleum futures towards the lower end of their July trading range, which could mean sharp losses if support breaks down, but until it does these relatively small moves aren’t changing the neutral outlook. Peg $1.20 for products and $40 for WTI as must-hold levels this week to keep the sideways pattern intact.

The DOE’s weekly status report was highlighted by a 10 million barrel draw in U.S. crude oil inventories, and a tick higher in domestic fuel consumption. Seven million barrels of the crude draw was accounted for by a plunge in imports and stronger exports, with the balance made up for by a strong increase in refinery runs. The muted market reaction to that large draw suggests there is plenty of doubt that any of those three factors are sustainable as long as reopening plans continue to be delayed.

The rest of this week will be heavy on Q2 earnings reports, which are expected to be the worst in more than a decade for most oil producers and refiners. Shell reported an $18 billion loss for the quarter, as the demand slump wiped out its operational earnings and the company took at $16.8 write down of its assets, and cut its dividend for the first time in over 70 years.

On top of the Q2 earnings releases, this morning we got the official word on Q2 GDP which dropped by 32.9% on the quarter – and the crazy part is that was actually better than many forecasts.

Tropical Storm Isaias’ path shifted East over the past 24 hours, now threatening the eastern half of Florida, and the SE Atlantic coast. The NHC predictions continue to suggest that this system will not reach hurricane strength, but don’t be surprised if that changes quickly in the next several days as it reaches warmer water. Although Isaias currently looks like it will not threaten energy supply infrastructure in the gulf of Mexico, given that we’re still five weeks away from the peak of hurricane season, and there’s yet another system moving off the African coast this week, it’s feeling like just a matter of time before we see a system that creates a meaningful supply disruption. 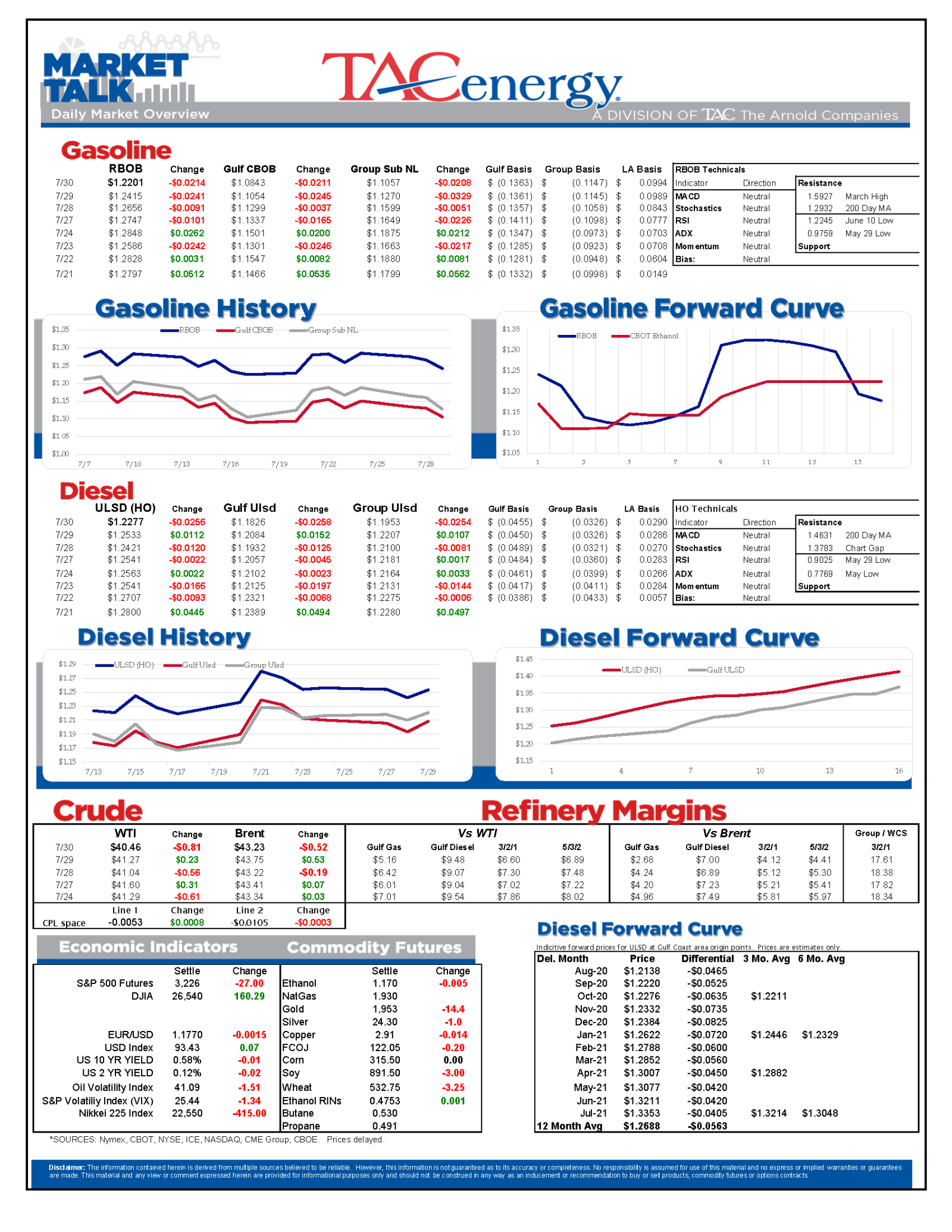 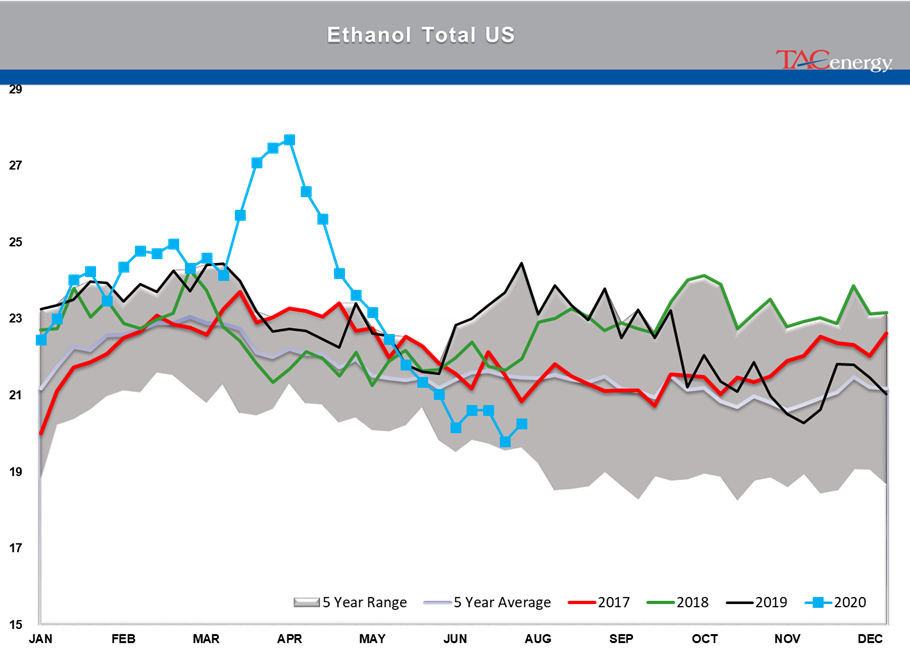