Many In The Market Caught Off-Guard

Oil prices have spiked $5 a barrel, and refined products are up 12 cents/gallon since early Thursday morning after OPEC & friends announced they would not change their output cut agreement, which caught many in the market off-guard. The rally has propelled each of the big 4 petroleum futures contracts to their highest levels in more than a year, just a couple of days after it looked like the four month old trend might be breaking down.

The big rally in energy contracts comes in spite of a large selloff taking place in equity markets, which continue to act spooked by interest rates higher than 1%. You can make a strong argument that the two agencies most capable of moving energy prices with their policy are OPEC and the U.S. Federal reserve. Yesterday, we saw both in action with OPEC surprising the market to the upside, while the FED Chair apparently didn’t do enough to calm the stock markets. Given the two asset classes have had a strong positive correlation for most of the past year, this recent divergence could end up creating more volatility for energy contracts in the weeks to come, while a strong rally in the U.S. Dollar could finally pop the energy balloon.

Looking past the headlines of the OPEC announcement, there is some reason to pause given that the Saudi’s are still not convinced demand globally is capable of handling normal production levels. Then again, there is certainly a political angle to everything the cartel does, and it’s also possible that the U.S. reaction (or what critics call a lack of reaction) to the Saudi leadership’s role in the killing of Jamal Khashoggi could have played into this decision as well. A Bloomberg note this morning suggests that the move by the Saudi’s is a bet that U.S. oil producers will behave differently this time, even though they’ve behaved the same way for the past 150 years which has helped create the epic boom and bust cycles this market is famous for.

The refinery recovery efforts continue to progress with additional units coming online daily, but hiccups are common, and re-supply is not coming fast enough for those still scrambling to find allocation across Texas and neighboring states. The impacts on rack prices are spread much further however with markets from Arizona to Virginia all feeling the trickle down impacts of the heart of refining country shutting down for two weeks. Group 3 diesel differentials continue to stand out, spiking to premiums north of 30 cents Thursday morning before trading lower to end the day. That market has 20 cents of backwardation between now and the end of March, as traders bet that resupply should largely be complete by April, even though supplies continue to tick lower in the region this week.

Chicken or the egg: RIN values continue to set new multi-year highs this week, which is either helping drive the rally in refined products, or being driven by that rally depending on who you ask. There’s little news over the RFS program or the various legal challenges to it, and grain prices have been fairly flat, so it seems this rally could simply be the market betting that this new administration is unlikely to do anything that would help lower this de-facto tax on refiners. 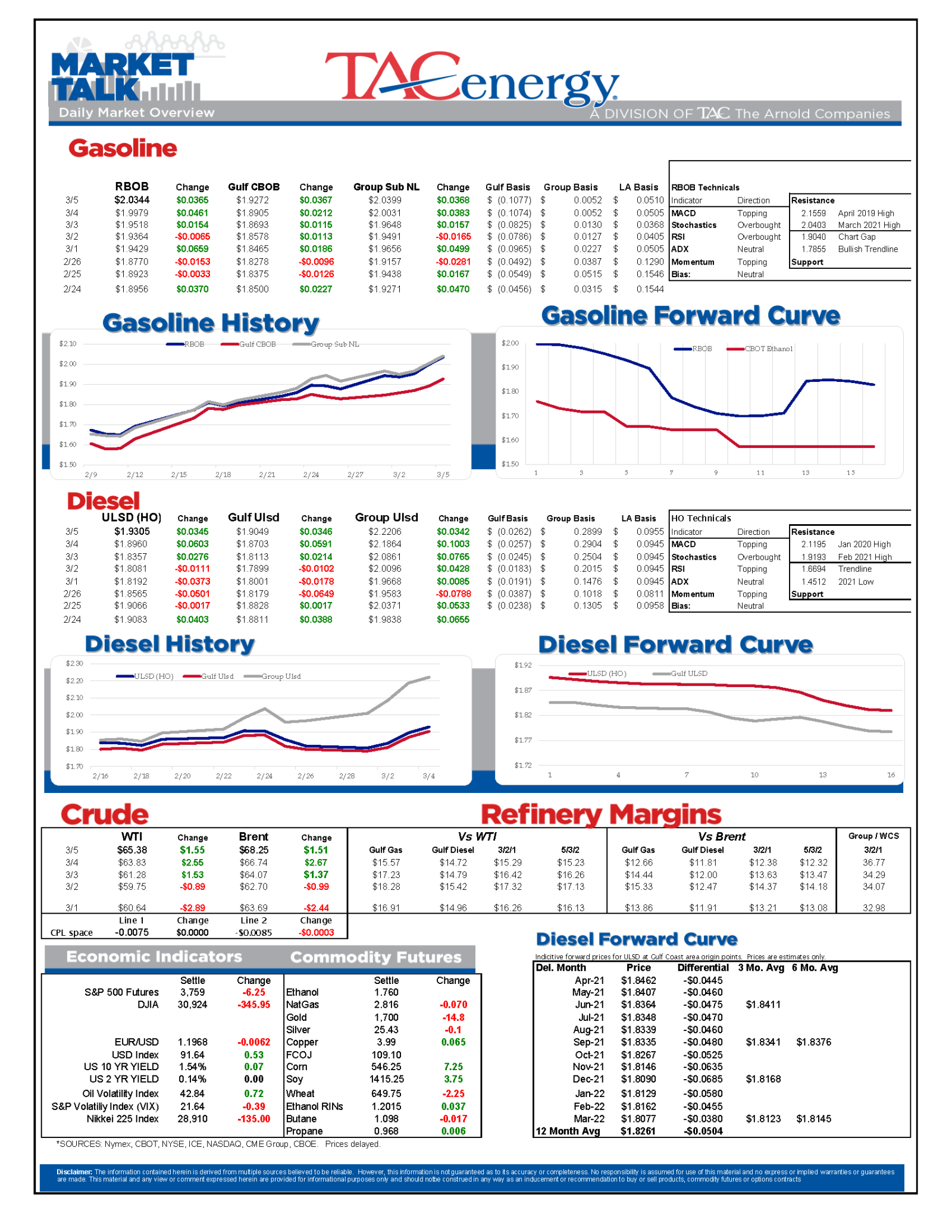 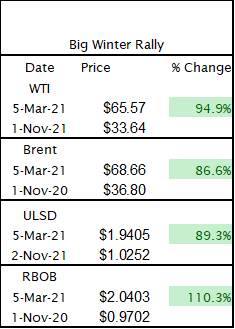 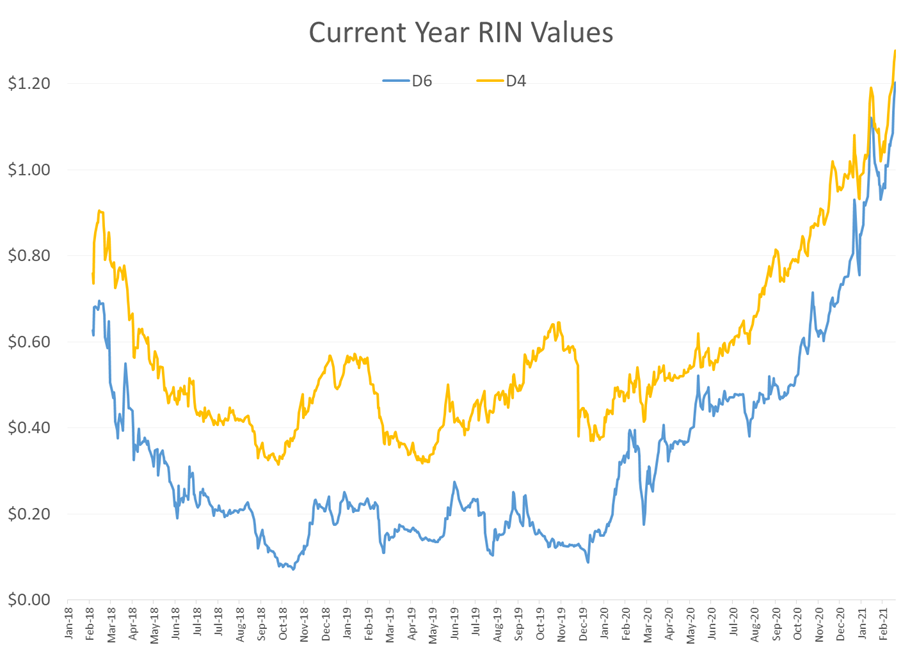