After a late rally that pushed prices into the green after trading lower most of the session, energy futures are coming under pressure once again after more inventory builds check the optimism for economic recovery. The price action in the back half of the week looks to be pivotal from a technical perspective, as the recent selling has contracts testing their upward sloping trend lines,. Whether or not that support holds up may mean the difference in another large rally or a substantial correction lower.

The EIA’s Short Term Energy Outlook painted a more optimistic outlook for the industry, which seemed to encourage Tuesday’s late bounce, suggesting the glut of global fuel inventories would start being reduced this month as demand recovery has been better than previous forecasts. The report also highlighted the stark difference in gasoline and diesel cracks during this recovery – consistent with what the weekly inventory reports have been showing - which could limit refiner’s ability to recover from this crisis.

The FOMC will make a policy statement this afternoon, and will release its economic forecast and host a virtual press conference. While most predictions suggest there will be no new policy announcements today, watch for language about Yield Curve Control, to become more commonplace in coming weeks.

Speaking of forward curves…the charts below show how quickly the energy forward curves have moved away from the super contango witnessed in the past couple of months, which should help encourage some barrels to be pulled from storage as long as the slow and steady demand recovery continues. Distillates still seem the most susceptible to pressure on the curve as the demand recovery hasn’t kept pace with the rapid increase in inventories and tankage is becoming scarce.

Notes from the STEO:

EIA now expects global oil inventories will begin declining in June, a month earlier than previously forecast, with draws continuing through the end of 2021. The sooner-than-expected draws are the result of sharper declines in global oil production during June and higher global oil demand than previously expected. 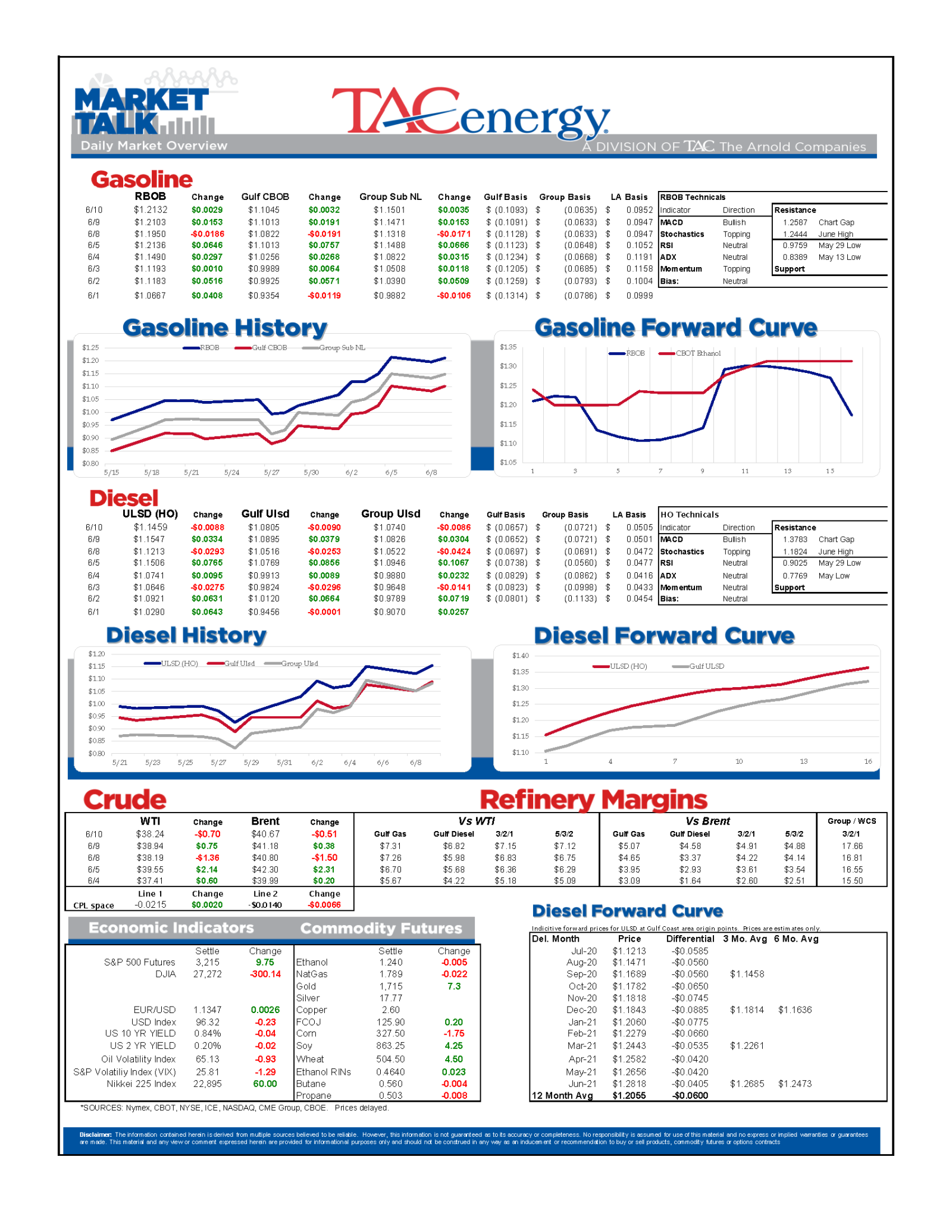 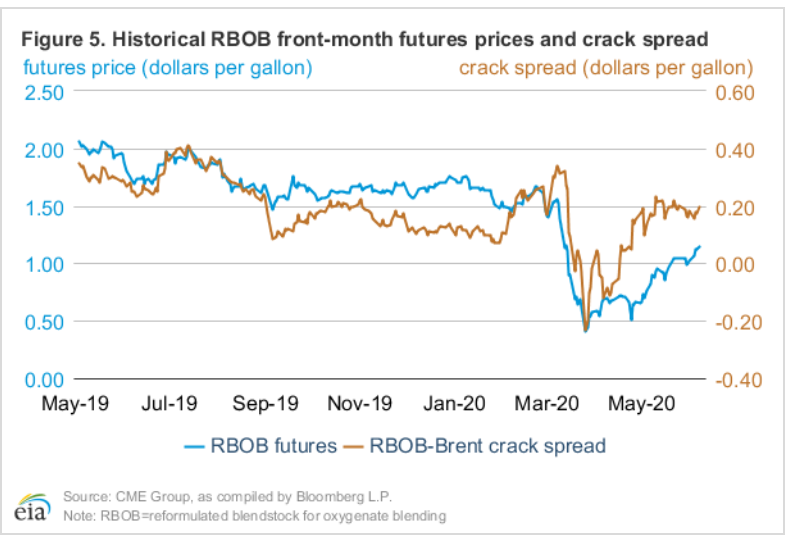 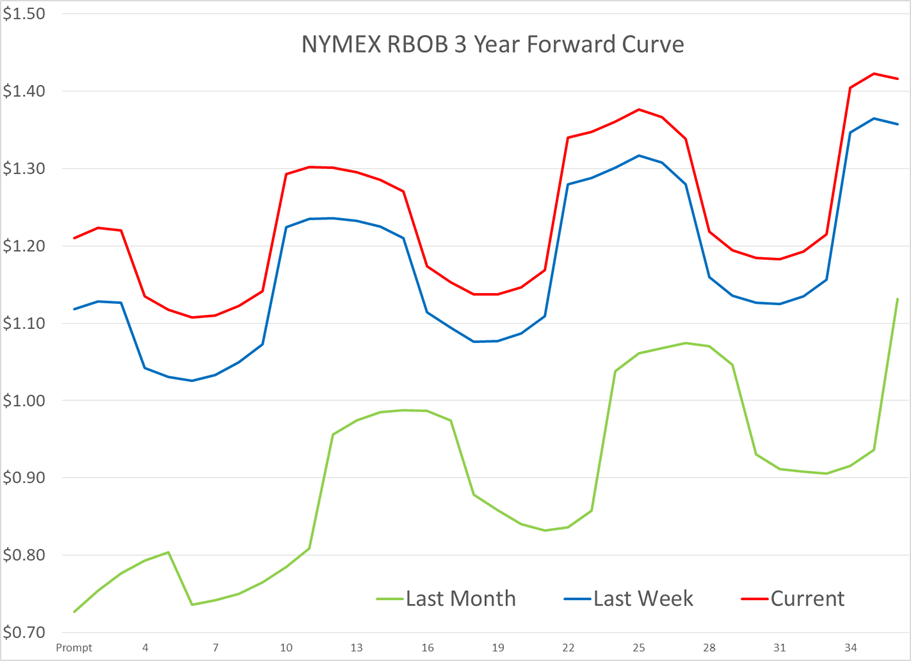