It’s another strong start for energy markets Monday, with diesel prices once again leading the charge higher. ULSD futures are up 20 cents on the day, and roughly 87 cents above their March 15 low, and 87 cents below their March 9 high. There are still many more questions than answers for the two big stories of the war in Ukraine and another COVID wave, but clearly supply concerns are winning out vs demand concerns in the early going.

Baker Hughes reported a net decline of 3 oil rigs actively drilling in the US last week, while natural gas-focused rigs increased by 2. The slower-than-normal recovery in drilling over the past year has been well documented as banks are hesitant to lend to fossil fuel producers due to ESG pressure, leaving the smaller independent firms as big winners with oil over $100. A big question for the next few months is whether or not the warn on Russian oil will give the banks a reason to side step environmental pressures and go back to chasing the real green deals they’re interested in, and if so, how quickly can new projects bring oil and gas to market.

The surge in petroleum prices brings with it several different consequences, including a jump in retail fuel theft, and economic viability of several alternative fuels. A Rystad energy report this morning highlights the improving economics of Green Hydrogen production in Europe, although capacity remains limited.  The flip side to this phenomenon is that LCFS credits in California plunged to a 4 year low in the past week as increasing renewable diesel and natural gas production are adding more supply to the market. See chart below.

Great or terrible timing?  Money managers saw a big increase in short positions for WTI, ULSD and Gasoil contracts last week, which may mean some big funds feel like heroes if they sold the prior Wednesday before diesel prices dropped $1.75/gallon, or like goats if they sold later and were run over by the 80 cent rally of the past few days. Brent crude meanwhile saw the opposite with short positions dropping while new longs were added along with a jump in open interest, which makes sense given the relative lack of options for Europe vs the US. 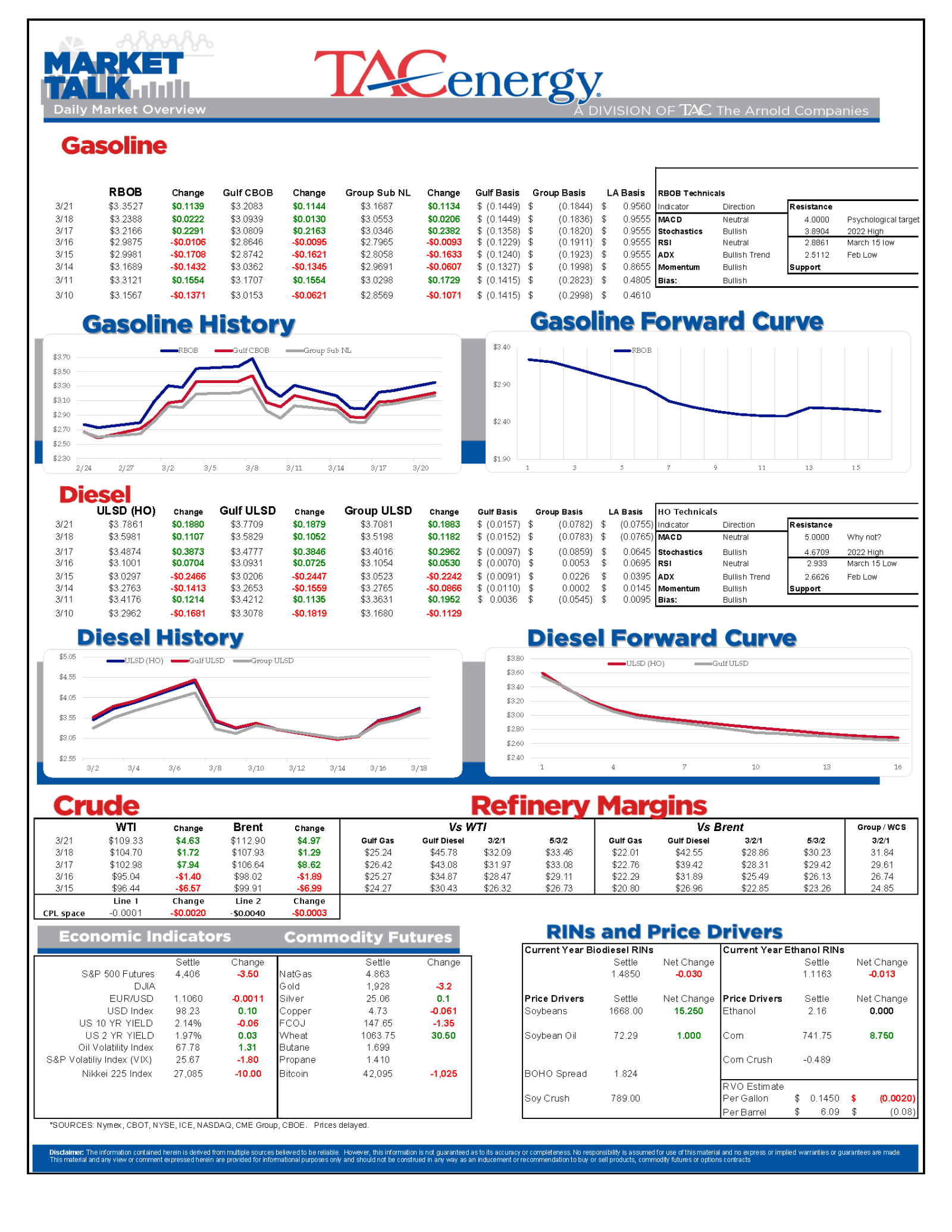 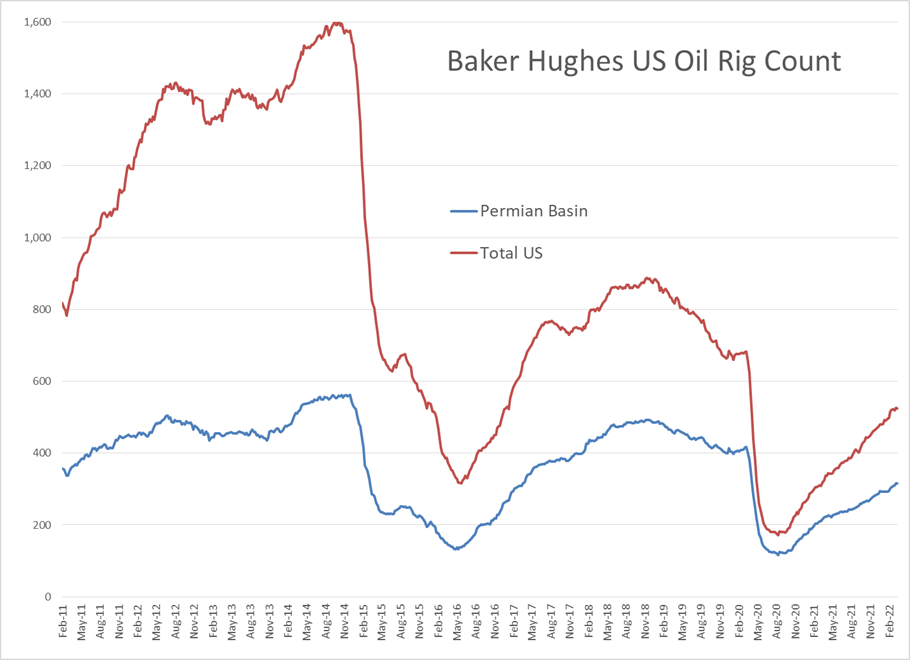 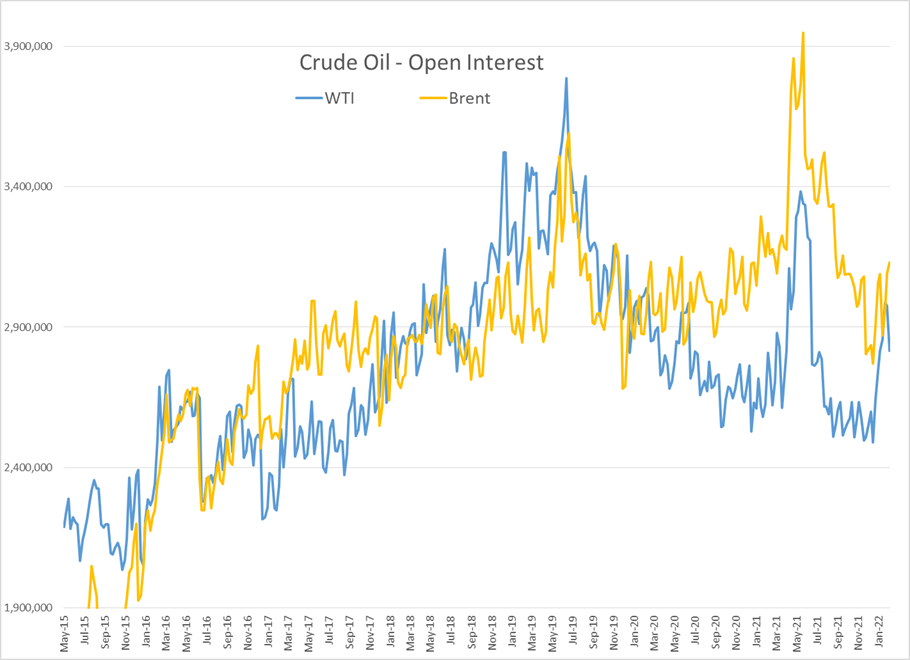