It’s another day of crude oil moving higher, while refined products are trading modestly lower to start. We’ve seen a drop of $12/barrel for diesel cracks already this week as WTI has rallied while products retreat, but so far the entire complex is holding on to a bullish technical outlook.

Even though cracks have come under heavy pressure after reaching record highs north of $75/barrel earlier in June, ULSD futures passed their first big technical test Tuesday, bouncing 15 cents off of Tuesday’s low, and keeping the weekly bullish trend-line intact for now.

Ethanol prices meanwhile have dropped to 2 month lows this week and their charts show a good chance those prices will slide another 40-50 cents in the coming weeks if buyers don’t step in soon.  Some good news for ethanol bulls yesterday in that corn and D6 RIN prices were able to manage a rally after facing heavy selling the past two weeks.

2 for 1:  The DOE finally fixed the glitch with their servers and will be releasing their weekly status report today, which will include the data from last week that was not released. The API reported another healthy draw in crude oil stocks of 3.8 million barrels last week, despite another 7 million barrels released from the SPR on the week.  Refined products saw inventory builds of 2.8 million barrels of gasoline and 2.6 million barrels of diesel last week, which helps explain why products are down and crude prices are up for another day.

The tropics remain active with an increased chance the storms off the Texas Coast may become a tropical depression or storm, but odds remain low that that system will become anything more than a rainmaker. Hurricane Bonnie is still expected to develop later in the week but will hit Central America and not threaten the oil production or refining centers in the Gulf of Mexico.

That should fix the problem: California is floating a new law that would require the few remaining refineries in the state to disclose their profits monthly, another brilliant idea from the state that will soon cut $1,000 checks to drivers of gasoline-powered vehicles that it intends to outlaw. 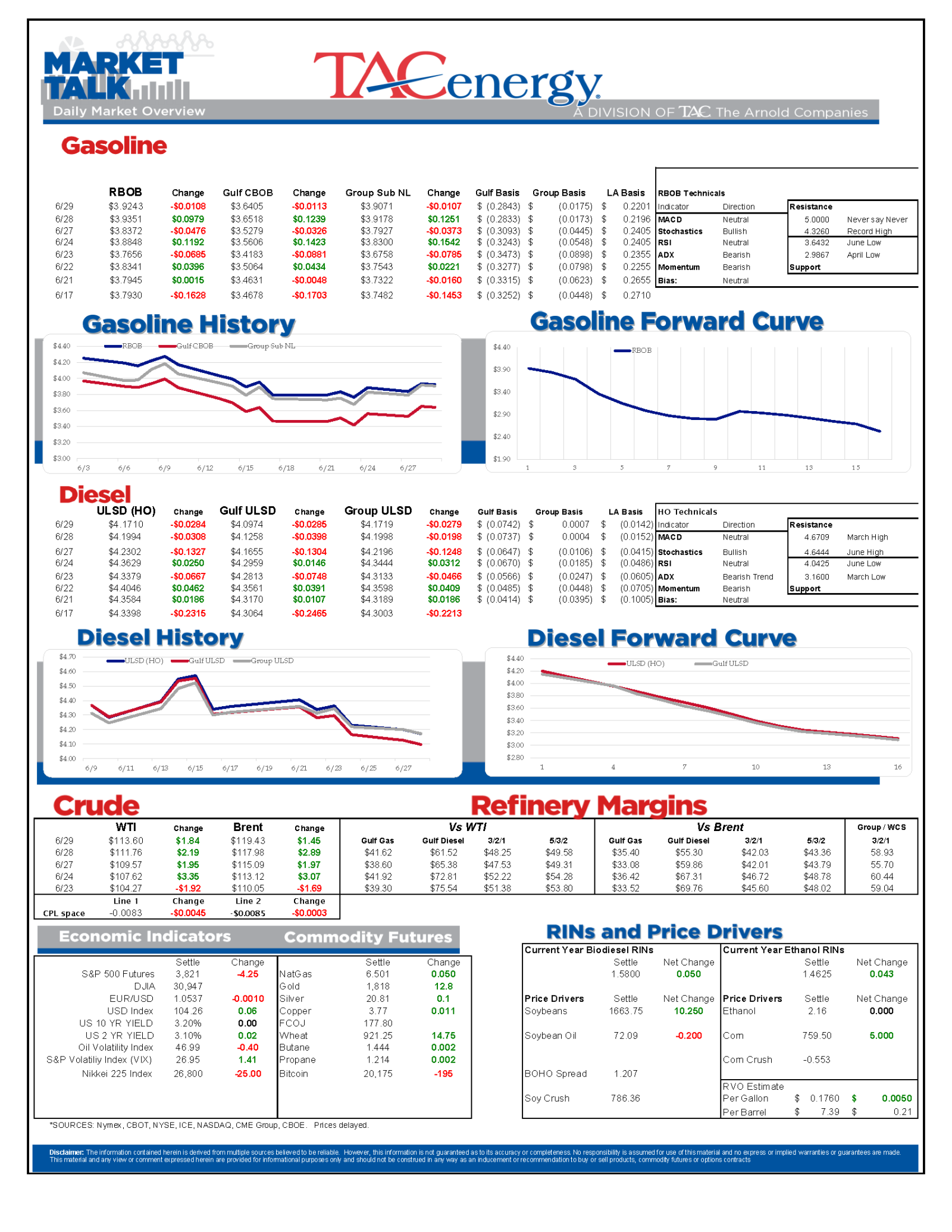 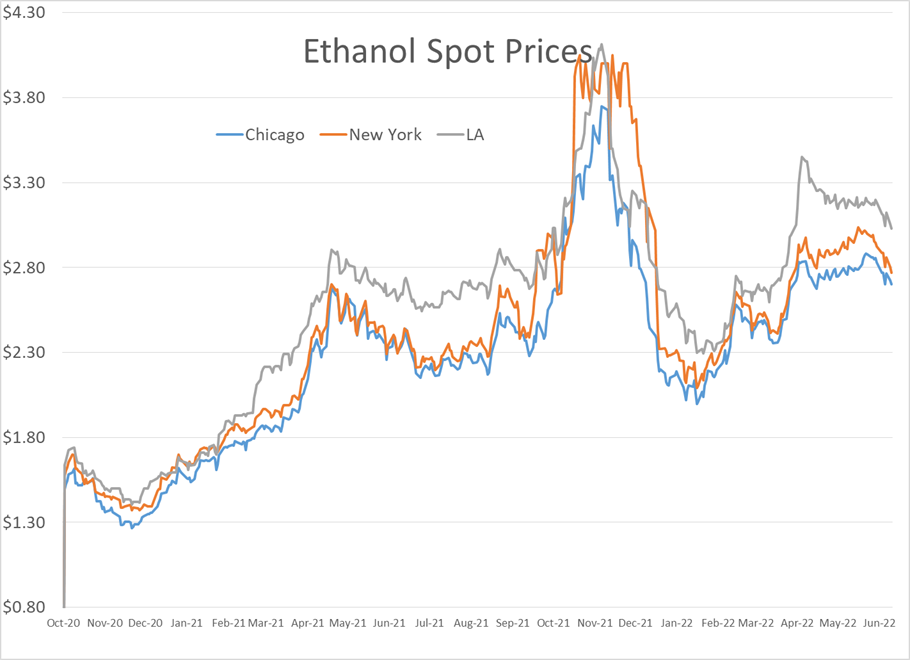 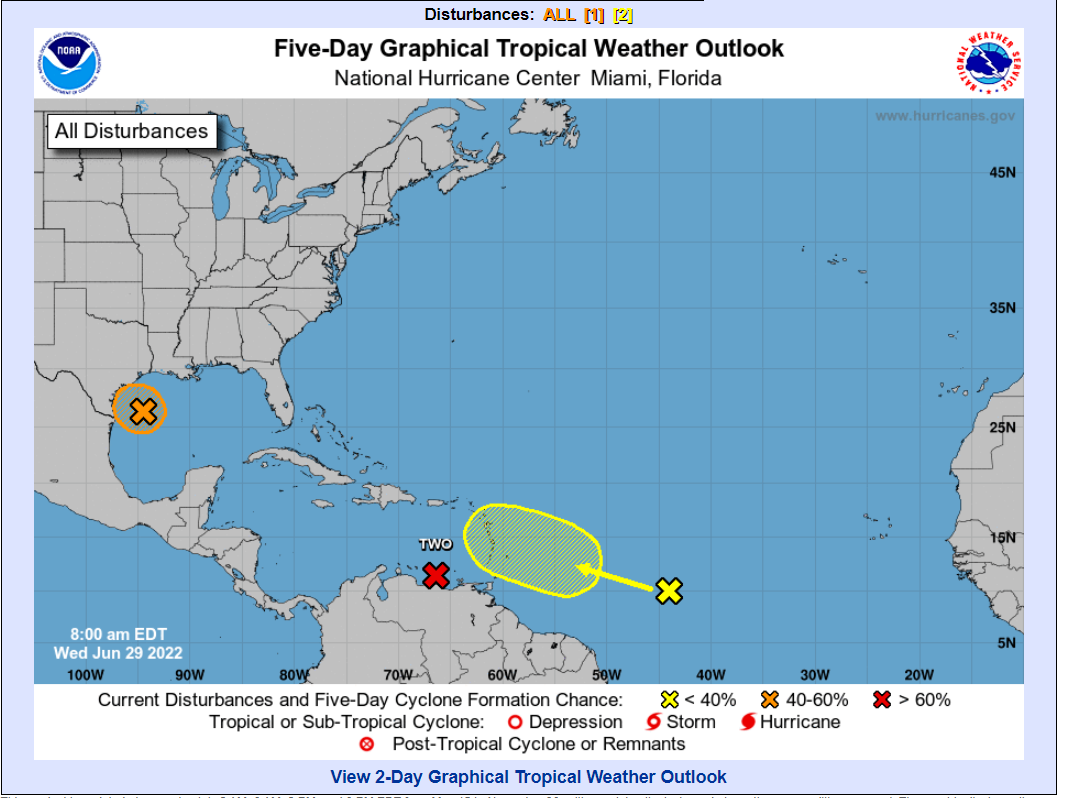