Is A Collapse Imminent?

Just a few days after pushing six month highs, energy futures are hitting multi-month lows this morning, and threatening a technical breakdown that could bring product prices back below one dollar/gallon. A rising dollar, softer equities and concerns for fall demand all taking credit for the early selling. While the drop has been significant – gasoline prices in some markets are down more than 20 cents in a week - we have seen multiple similar moves this summer only to bounce each time technical support gets tested, so it’s still too soon to say a collapse is imminent.

The disruptions to the energy operations along the Gulf Coast from Hurricane Laura are easy to see in the DOE charts below, but you’ll also notice how most operational issues pale in comparison to what we saw from Harvey in 2017, which provides some insight into why the industry had a huge sigh of relief when the storm shifted east.

Oil imports reached their lowest level in 28 years as ships stayed out to sea to ride out the storm, crude oil output dropped by more than 10 percent to its lowest in three years, as Gulf of Mexico platforms were shuttered temporarily and refinery runs dropped by one million barrels per day. This all added up to substantial inventory draws. The fact that most of these operations are already returning to normal within one week after landfall helps explain why the market sold off following the report, as concerns quickly shifted to issues with demand rather than a threat to supply.

The exception to that rule is the refinery output number. Early reports suggest it could be several weeks before the two Lake Charles area facilities operating before the storm might be able to attempt a restart, and with the fall turnaround season about to kick off, we could see more declines in run rates over the next several weeks.

In addition to the storm-related issues, demand and margins aren’t encouraging a resurgence in refinery runs either. The weekly estimate from the DOE showed total U.S. petroleum demand dropping to a 13 week low, and the flush in product prices this week has crack spreads pushing multi-year lows. A WSJ article this morning suggests that European refiners are most likely to see the next wave of closures and conversions as the industry deals with a glut of refining capacity, while U.S. facilities will benefit from their outlets to central and south America.

Speaking of central America, Hurricane Nana made landfall in Belize overnight, while Omar continues tracking out to sea. There are three more potential systems being tracked by the NHC, one of which has 70 percent odds of further development, making it likely we’ll see Paulette named just in time to hit the peak of the season. 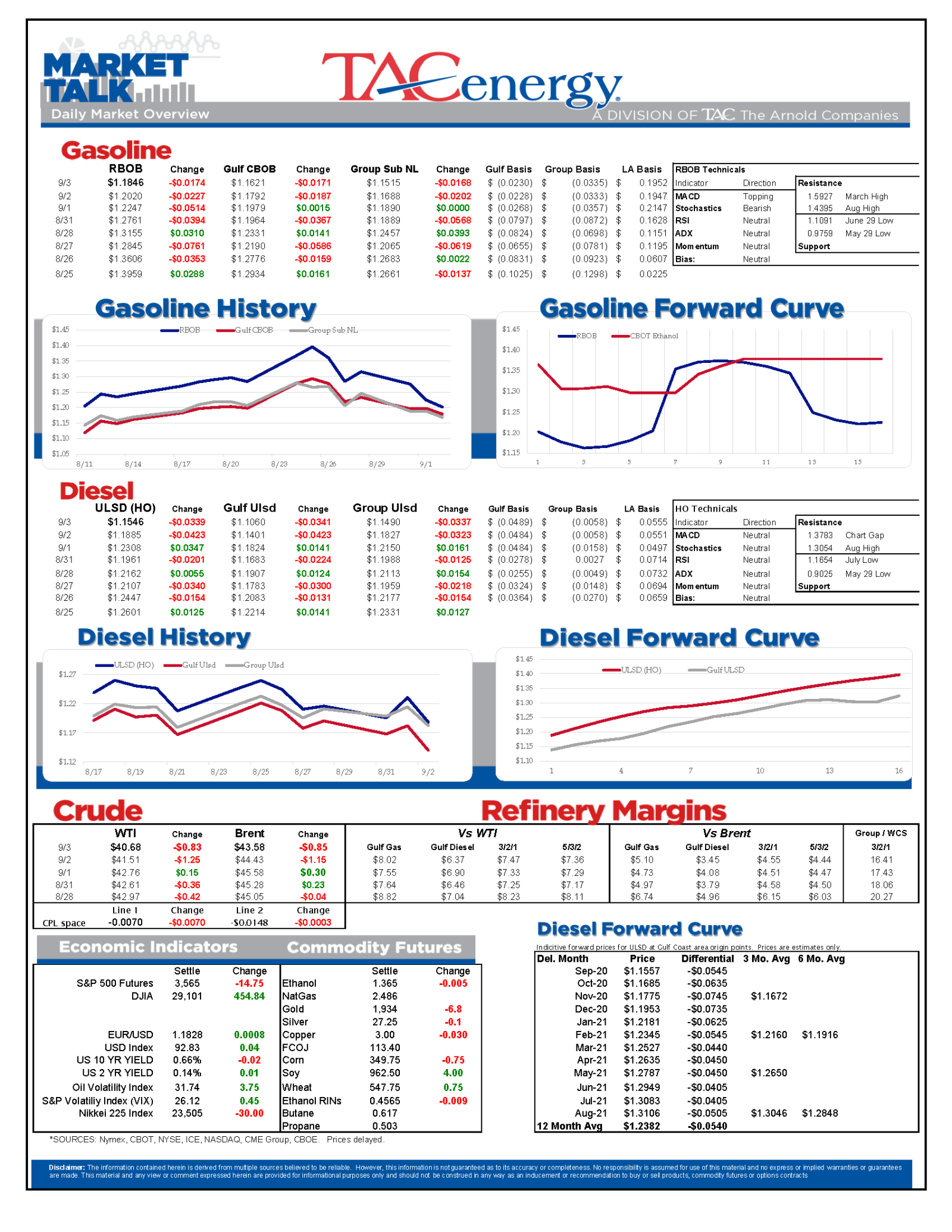 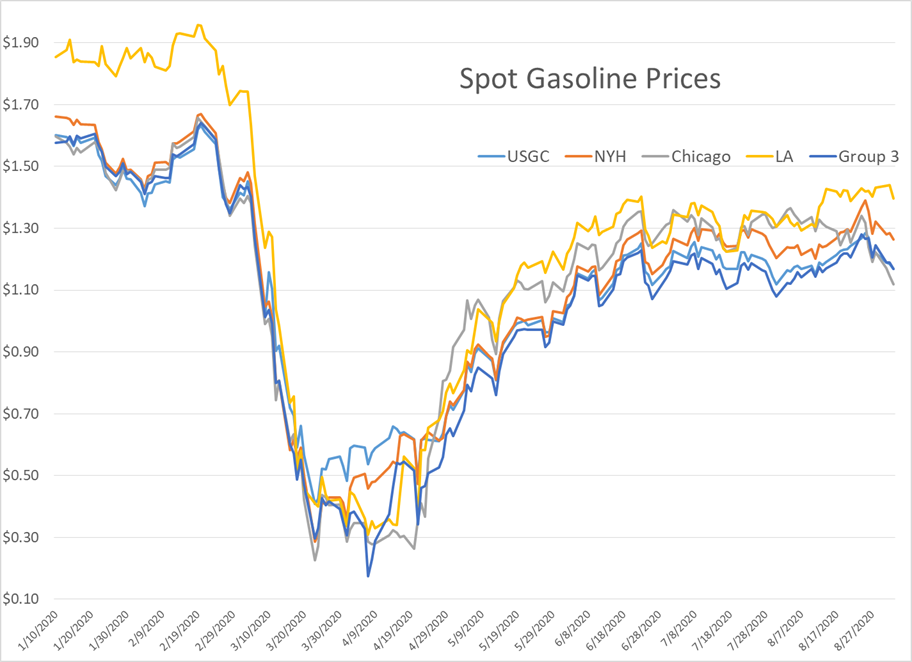 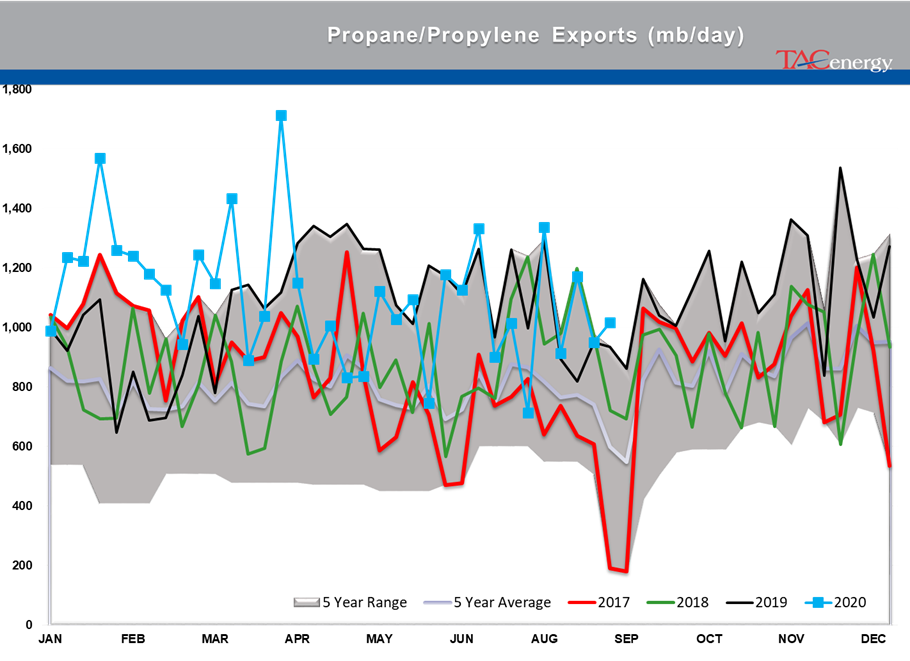