Inflation Fears Put On Back Burner

After a two-day rally that wiped out most of last week’s losses, energy futures are trading modestly lower this morning, and it appears we may be stuck in another choppy sideways pattern.

Since technical support held during last week’s heavy selling, it looks like there’s still a good chance we’ll see prices attempt another rally heading into the holiday weekend, as expectation for strong driving demand will make headlines, and many traders have a tendency to avoid being short before taking time off.

Ethanol and RIN prices are holding relatively steady this week after a furious rally seemed to have ended last week, and are soon to face a critical test of trend support that may be the difference between a 30 cent price drop, and a rally to new record highs.

Inflation fears seem to be put on the back burner, and equity markets are pointing higher as several FED governors seem to be dismissing the chance that they’ll be forced to change their easy money policies due to rapidly increasing prices for just about everything.

Three weeks ago, Mexico’s president criticized  the partnership between Pemex and Shell in the Deer Park TX Oil refinery. Yesterday, it was announced that Pemex had bought Shell’s interest in that plant, in a bid for Mexican energy independence as its home grown refineries struggle to operate.

Negotiations with Iran continue to be a daily story as the energy market has little other news to trade on, since we’ve gone a whole week without a major supply disruption. Iran extended a nuclear monitoring agreement for one month, buying some time for negotiators while its controversial presidential election is set to take place. 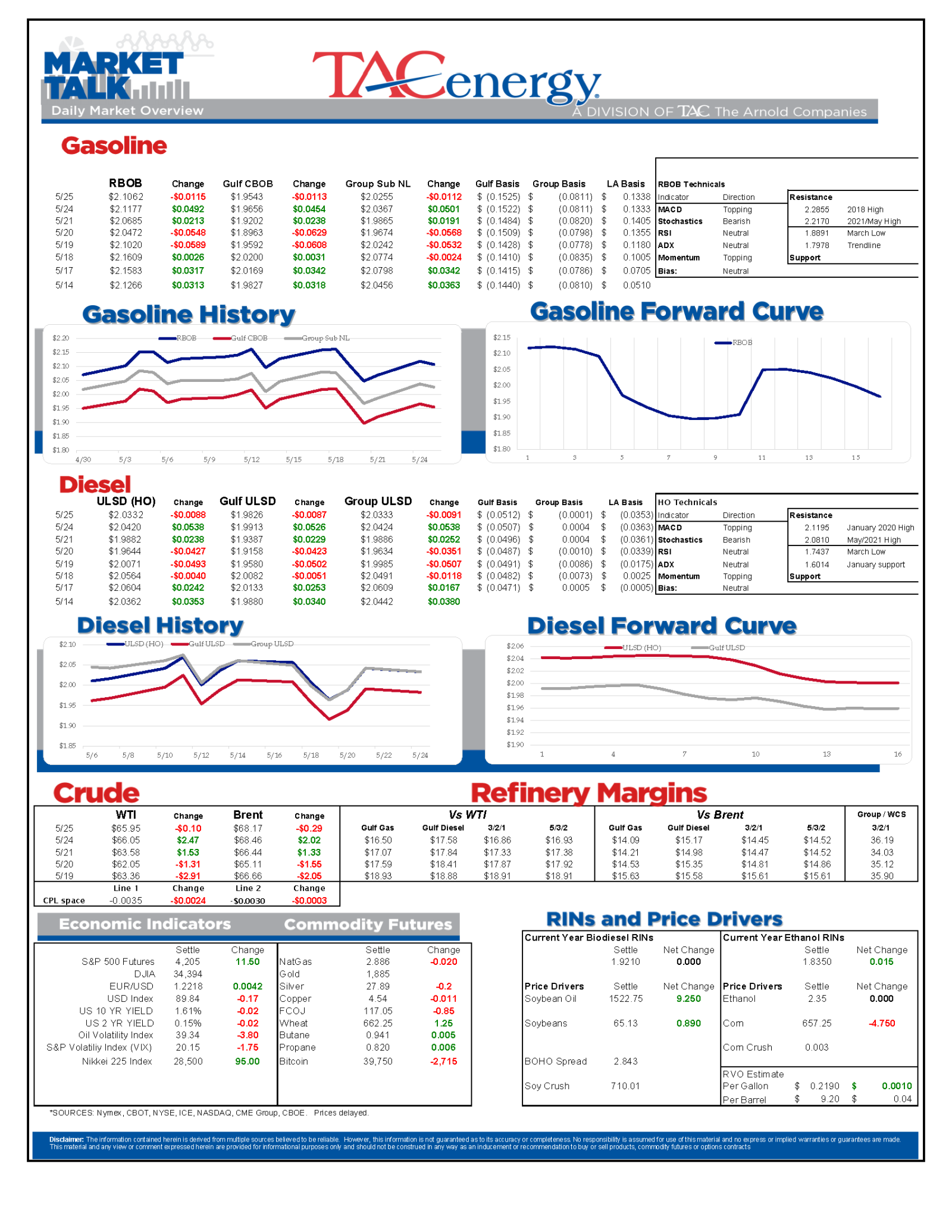 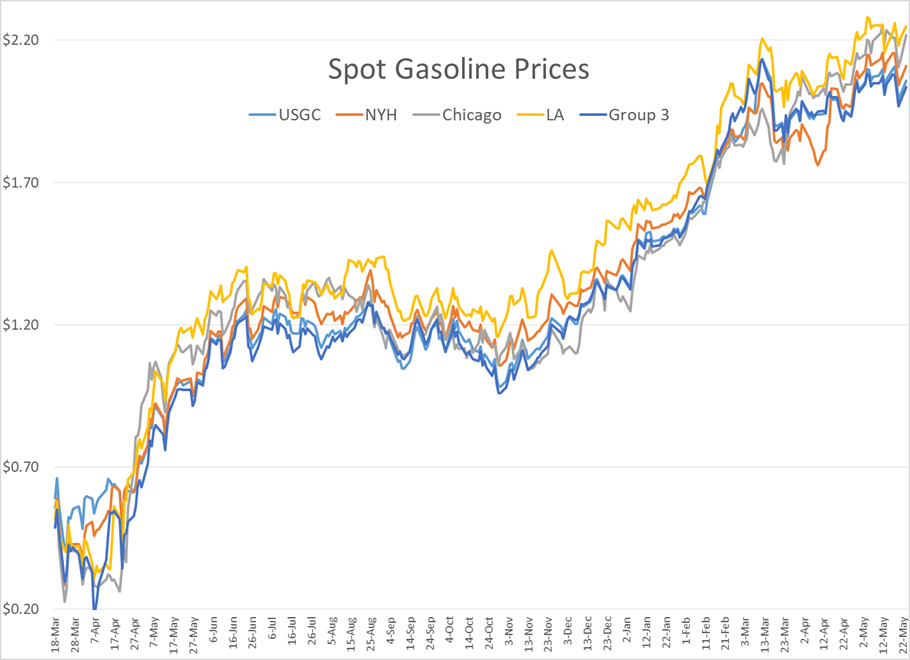 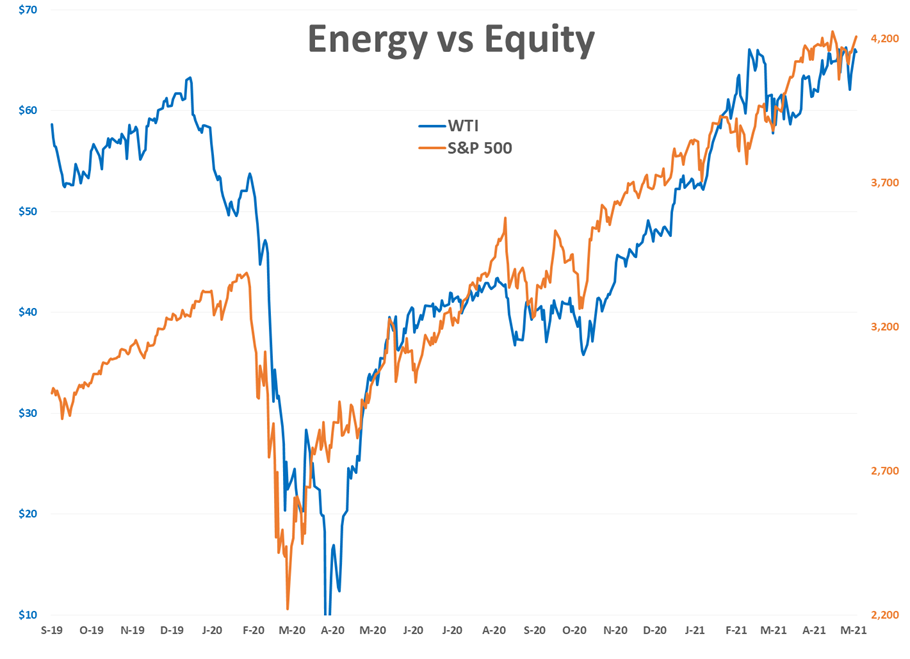