Industry Continues To Grapple With Fallout From Ida

Energy futures are ticking higher this morning, recovering from modest losses to start September as the industry continues to grapple with the fallout from Ida, and uncertainty heading into the last weekend of the driving season.

Ida continues to wreak havoc, 4.5 days after first making landfall.  We’re seeing dramatic images of flooding in Philadelphia and New York City and flash flood warnings continue north to Boston. No word yet if any of the few remaining refineries in PADD 1 were impacted by the storm, but given the widespread river flooding it seems at the very least we’ll see some delays in barge traffic over the next several days.

Most of the refineries in Louisiana remain offline and recovery efforts have been hampered by a combination of lack of power and flooded roads. The two largest plants, Exxon Baton Rouge and Marathon Garyville are both reportedly attempting to restart this week. The success or failure of those startups will be critical to determine how long the local fuel shortages last, and whether or not they expand to other states since the Plantation line will need their supply to continue operating.

Yesterday’s DOE report was highlighted by total US petroleum demand smashing its all-time high, nearly 500,000 barrels/day above the previous record set in the summer of 2018. Perhaps even more impressive is that record was set despite gasoline and jet fuel demand remaining below pre-pandemic levels, which is a testament to the strong growth in propane/propylene and the “other oils” category which now regularly surpass distillates as the 2nd largest demand category behind gasoline.

US Crude oil production ticked up to a post-pandemic high of 11.5 million barrels/day, but will drop more than 1 million barrels next week due to the Gulf of Mexico shutdowns. 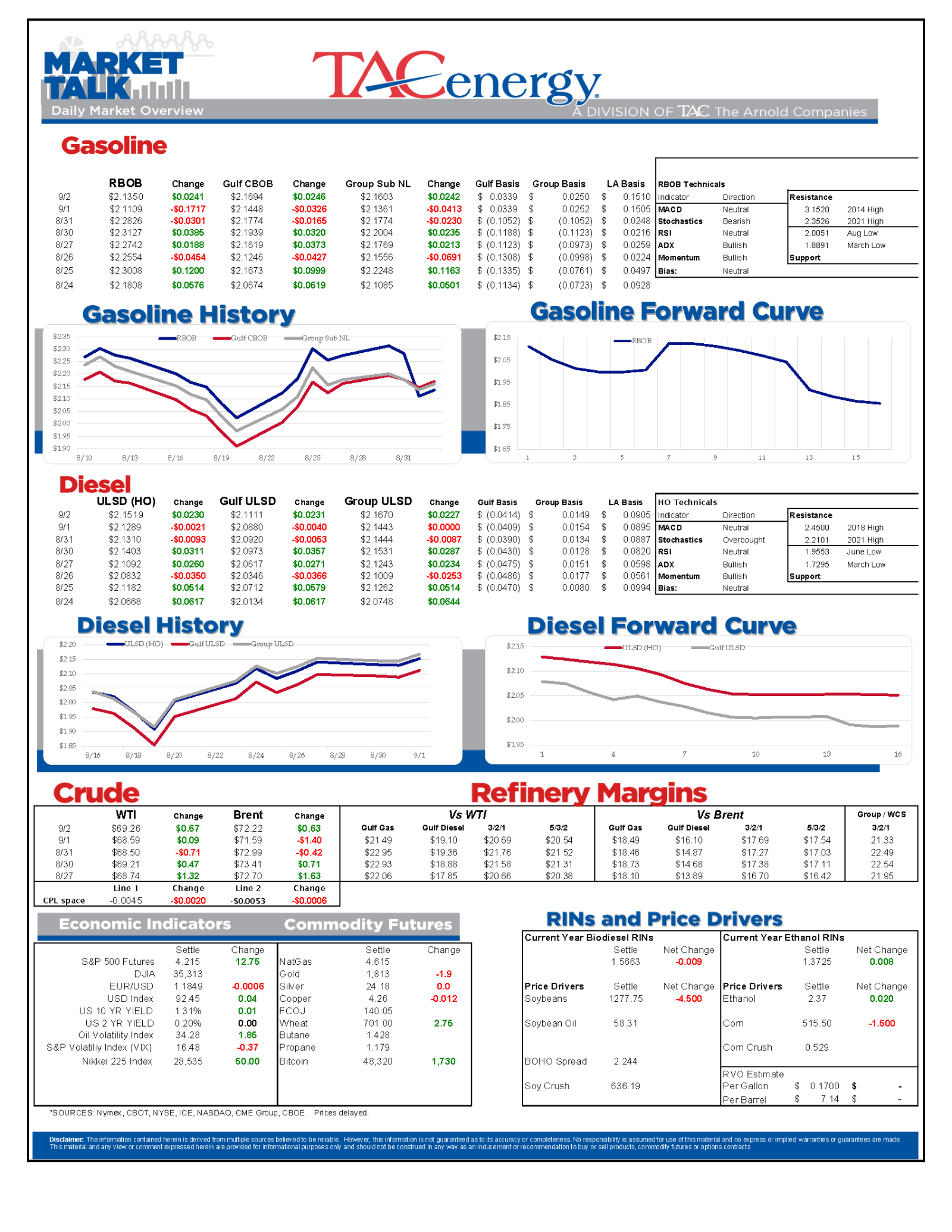