Impacts To Fuel Supply Network Are Significant But Largely Contained

A month known for volatility is off to a quiet start for energy and equity markets. While damage assessments are still in the early stages, the price action in futures and cash markets continues to suggest that the impacts to the fuel supply network are significant but largely contained.

Don’t adjust your dials: The winter-spec October RBOB contract took over the prompt position for futures today, some 14 cents below where the summer-spec September contract left off. If your local market hadn’t already transitioned to September pipeline cycles last week, you’ll notice a big jump in basis values today that will offset the drop in the futures price until the terminals start to transition to winter grades in 2 weeks. What does that mean? It means your local prices are down only about 40 points on the day so far, not 14 cents.

OPEC and Friends are scheduled to meet today, and reports suggest the cartel will not make any changes to its output plan this time around.

The API reported a build in gasoline stocks of more than 2.7 million barrels, while crude oil and distillates both had draws of roughly 4 million and 2 million barrels respectively. That report probably explains why RBOB has held modestly in the red overnight, while WTI and ULSD see small gains. The DOE’s version of the weekly statistics is due out at its normal time this morning.  Today’s report may have less influence than normal as the data was collected before nearly all Gulf of Mexico oil production was shut, along with more than 2 million barrels/day of refining capacity. Following most hurricanes that hit the area, we typically see a sharp rebound in production that creates chart stalactites, but it could be a little different this time around as damage to Port Fourchon, which moves roughly 90% of offshore oil, could prevent some of those wells from coming back online as quickly as they would if the oil had a place to go.

A lack of power continues to slow the process of getting refineries and pipelines back online, although progress is being made on all fronts. The Plantation pipeline remains shut near its origin but they did announce a plan to attempt a restart later today, which should ease concerns about the product shortages spreading to more states along the East Coast. The port of Pascagoula is also reported to be back in operation with restrictions today, which should help get some product moving to Florida.

Transportation challenges are more painful than ever during this event as the long hauls that save the day in many supply disruptions simply aren’t an option in most cases due to a lack of drivers. It’s also showing up as a challenge with some terminals in the area running out of ethanol, which prevents them from selling the gasoline they have on hand.

As Ida now targets the East Coast with flooding rains, Tropical Storm Larry has formed off the coast of Africa. This storm is predicted to become a major hurricane over the next week, but just like his predecessors Julian and Kate, he’s predicted to stay far out to sea and not pose a threat to the US. 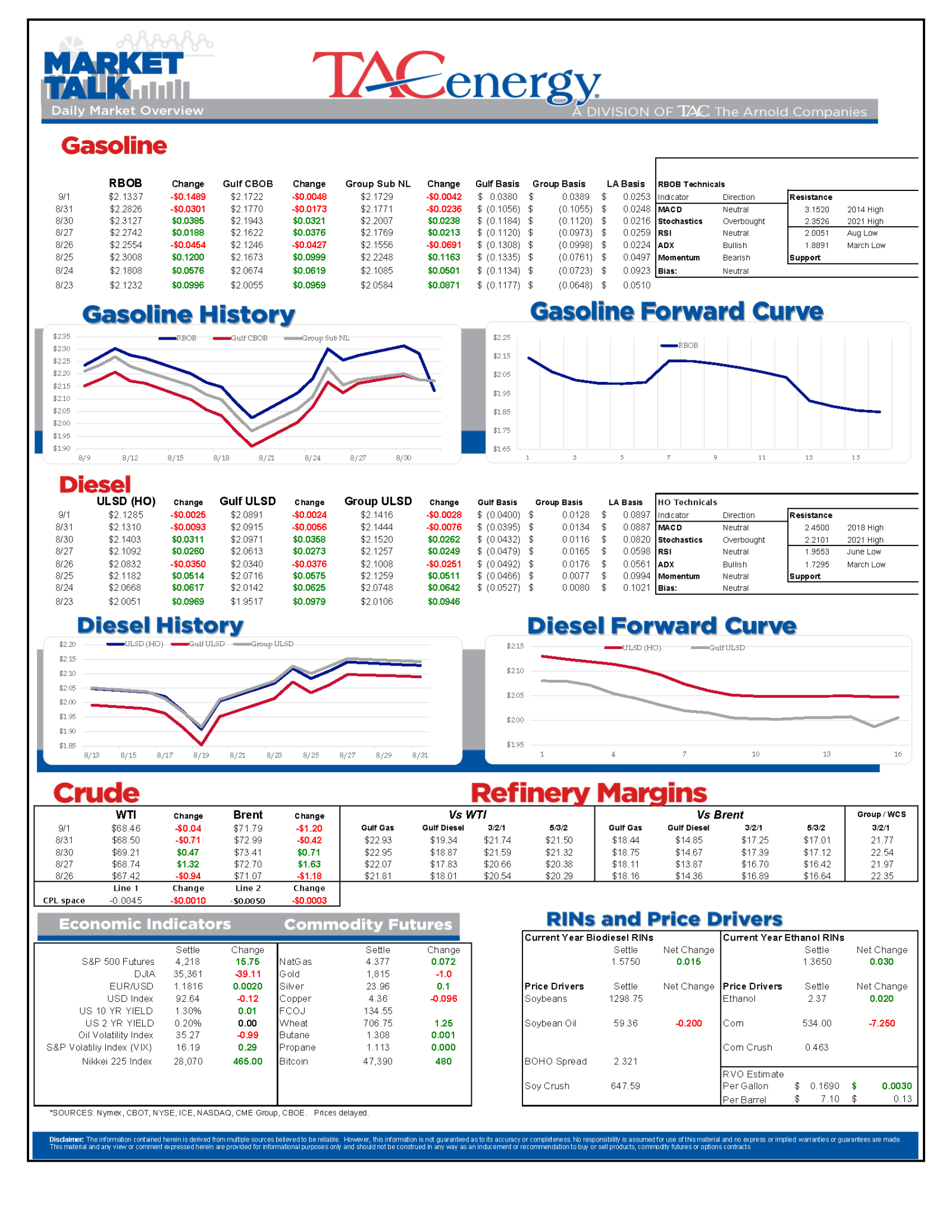 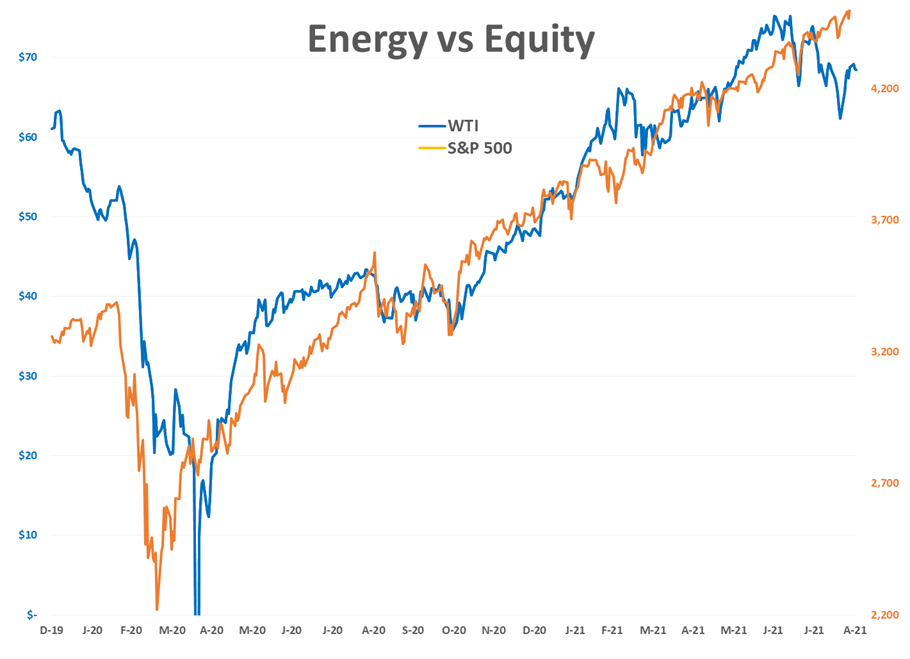