After a wave of selling ended a strong February on weak note Friday, energy bulls have picked back up this morning, pushing prices back up 1% or more in the early going, and keeping the upward-sloping trend lines intact for now. Don’t be fooled by the big “increase” in RBOB prices from Friday, April RBOB is now the prompt contract, and is trading some 10 cents above where March left off as we transition to the summer-grade spec, but cash prices are only up around 1.5 - 2 cents so far this morning.

Friday’s selloff in energy contracts coincided with a big pullback in equity markets that appear spooked by a rise in interest rates that means borrowing money won’t be free forever. Stocks are also back on the move higher this morning after the House passed a new $1.9 trillion spending bill this weekend that includes the largest stimulus checks to date and reminds the market that both fiscal and monetary policy makers are eager to do whatever is needed to keep people spending.

Progress with refinery restarts continues across the Gulf Coast with more plants returning to rates similar to where they were at before the polar plunge, while others are still expecting several weeks to finish repairs. Tight allocations remain across much of the southern half of the country, while sporadic outages continue to be largely contained to parts of West Texas.

The shortages continue to help crack spreads for those plants that are able to operate, and Delek mentioned in an earnings call last week that it may restart its Krotz Springs, LA refinery that has been idled for months, if margins hold at current levels. Unfortunately Delek’s El Dorado Arkansas facility suffered a fire during turnaround work this weekend that injured six workers. While that fire won’t impact regional supplies since the plant was already down for the turnaround work, it is a reminder of how complex (and often dangerous) those plants are, and why it’s not like flipping a switch to bring those facilities shut by the storm back online.

OPEC & friends are meeting Thursday to discuss changed to their oil output agreement, and it seems like the market expects them to announce increases to the quota. We know many countries in the cartel are pushing to increase output, which forced Saudi Arabia to announce a unilateral production cut last year to prop up prices, so the question seems to be how much will the Kingdom allow.

Iran rejected direct talks with the U.S. over its nuclear program, a move that suggests tensions between the two countries will continue, and that Iranian oil currently sanctioned is not likely to hit the market (legally anyway) any time soon.

The CFTC weekly commitments of traders report showed new bets on lower prices decreased the net length held by money managers in WTI, ULSD and RBOB contracts last week, while Brent saw a small increase in net length held by large speculators. The net bets on higher prices held by money managers in WTI remains near a 2.5 year high despite the small pull back last week. In gasoline meanwhile, the large speculators seem to be continuing to head for the exits, in what appears to be a bet that the spring rally was actually a winter rally this year, and after prices nearly doubled it’s time for a pullback.

Baker Hughes reported four more oil rigs were put to work last week, all of which came from the Permian basin.  Since the total rig count bottomed out in August, we’ve seen the total count increase in 23 out of 28 weeks, adding a total of 137 rigs. On the other hand, there’s still about 470 rigs left to add before we see drilling activity reach pre-COVID rates. 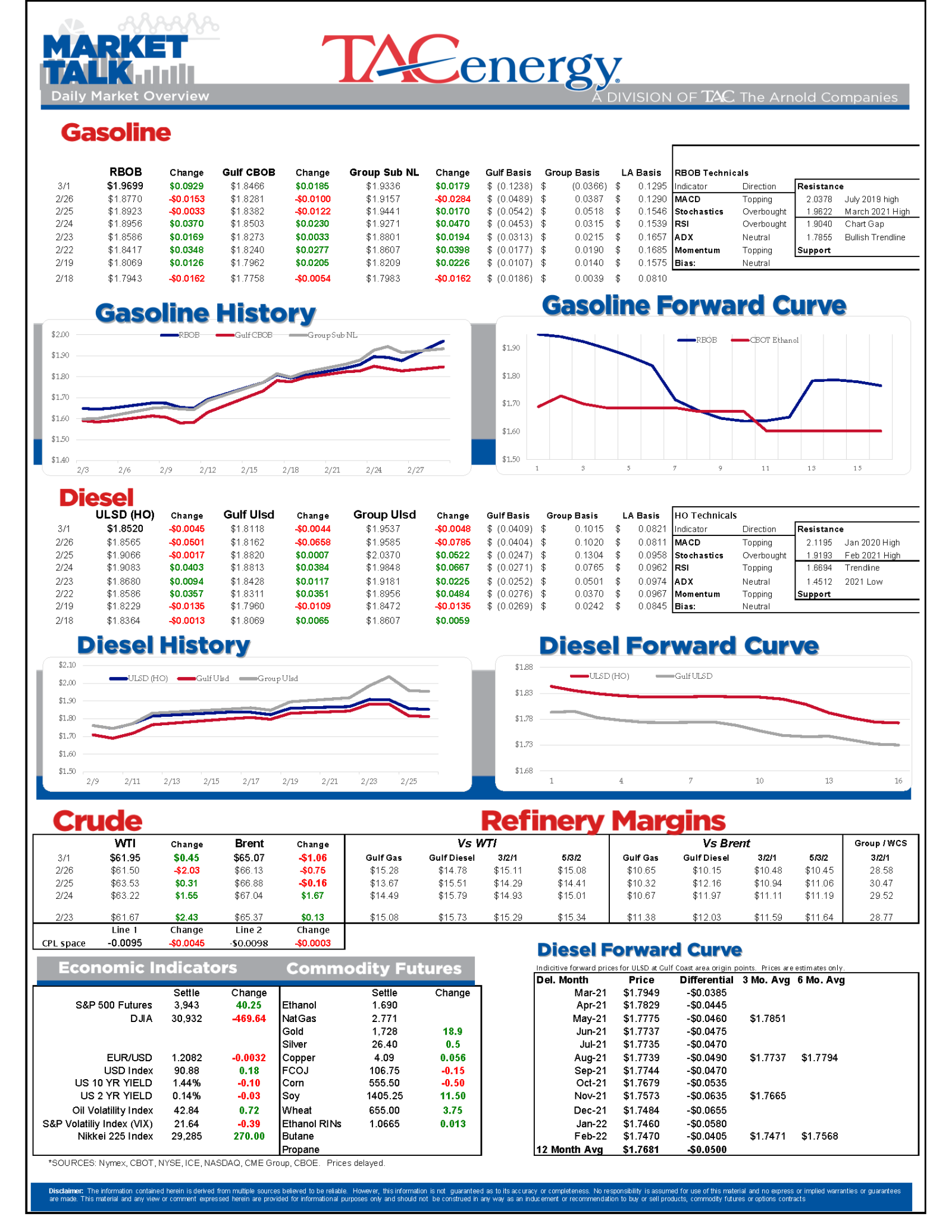 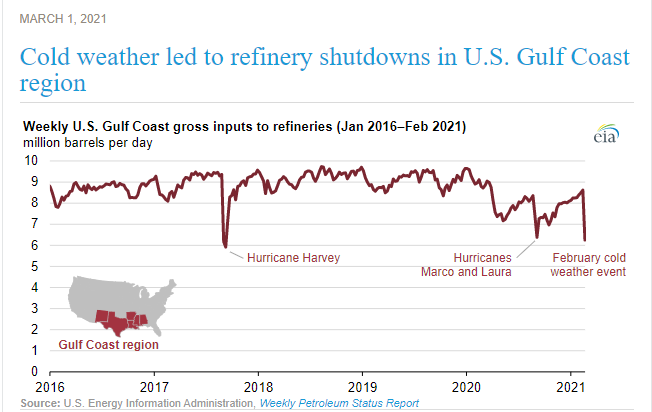