A year ago today gasoline prices dropped from $1.10/gallon to $.85, as traders awoke to the reality that the country was about to be placed on lockdown. What a year it’s been.

If you only watched futures prices, you’d think the country was facing a severe gasoline shortage now as RBOB prices have spiked to a 2 year high this week, even though in reality it’s diesel supply that’s facing shortages across large parts of the US. We are in the window of the typical spring gasoline rally however, and it’s safe to say hope has never been higher in the history of the RBOB market as the vaccines are finally shining a light at the end of the COVID tunnel.

On top of the seasonal and emotional influences, RIN markets seem to be having a noticeable influence on pricing, as product prices need to move higher just to offset the increased cost of compliance with the RFS for refiners. RIN values are approaching their all-time highs this week with trades just a few cents away from the record spike we saw in 2013. As the chart below shows, not long after trading near the $1.50 mark in 2013, prices plummeted by more than $1.20 per RIN as the EPA finally acknowledged the blend wall that made the RFS mandates physically impossible to reach. Will it be different this time around? That will likely depend on how the supreme court rules this summer on refinery & environmental waiver requests.

Double Top? As of this writing, the high trade for RBOB is $2.1559, which matches the high trade from April of 2019 to the point, and could create a nice symmetric stopping point for the 4.5 month old rally that’s added nearly $1.20 to gasoline prices. If that plays out, we should see gasoline prices drop 30 cents or more, for no other reason than that’s what they normally do each year whenever the spring rally finally stalls out. That said, there’s a good chance based on the upward momentum that we see prices move through that resistance, which would open the door for a run at the 2018 highs in the $2.28 range.

The refinery recovery continues with improvements coming daily, but still more outages expected over the next week as the system refills. Basis values and rack spreads are returning to more normal levels as the consensus from physical traders is that the worst of the disruption is behind us and it’s just a matter of time until things settle down. Colonial pipeline is reportedly still slowing its line 2 due to limited diesel supplies, and maintenance activities, which will keep terminals all along the SE tight for at least another week.

Drama in index land? Planned changes to add WTI pricing to the Brent oil index have been delayed after the industry rejected the plan. Given the long history of the parent company’s ability to make huge sums of money for index subscriptions, whether or not they’re grounded in reality, there’s little doubt that a new plan will be launched soon. 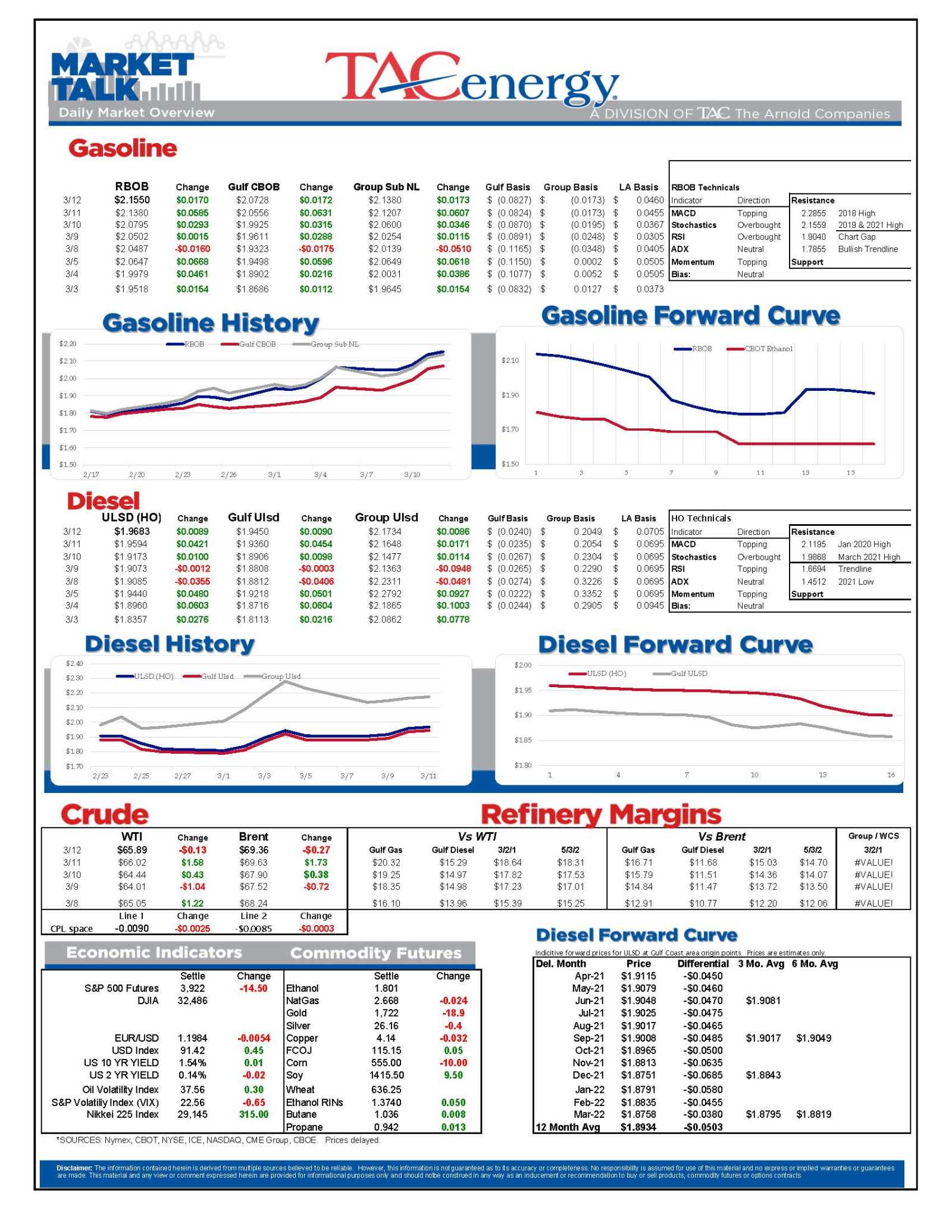 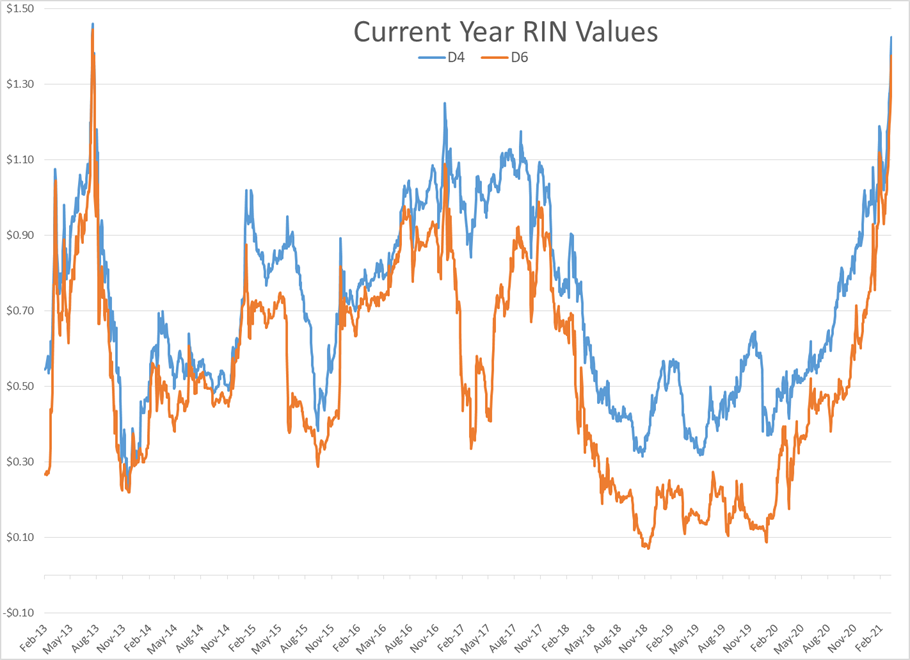 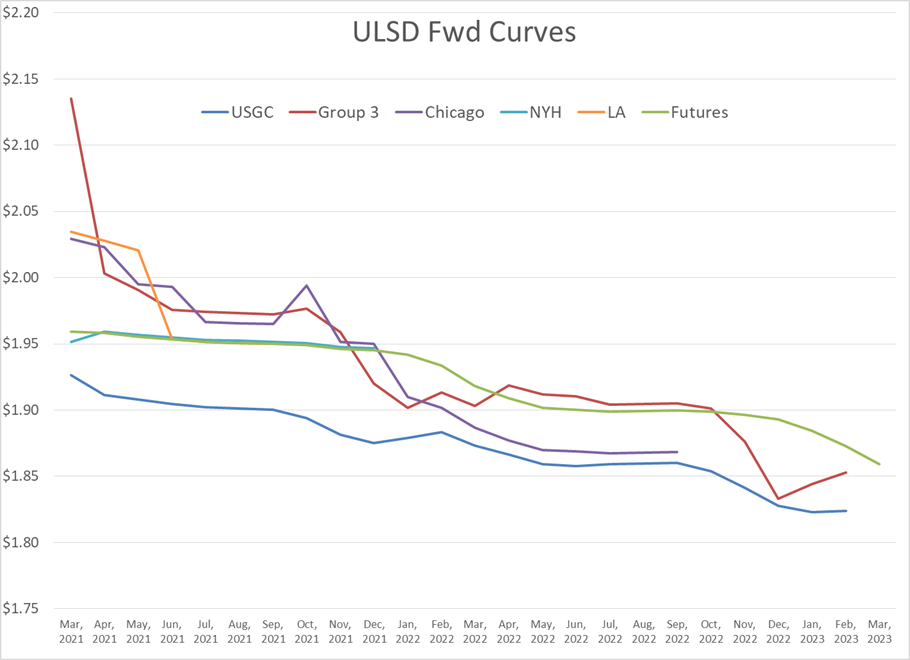