The panic selling continues for a fourth straight day in energy futures, with WTI trading down to a 13 month low overnight, and ULSD reaching its lowest level since July 2017. There is a glimmer of hope for the bulls this morning however as U.S. equity markets are pointing higher to start the day, following their worst two-day selloff in years.

No surprise, concerns about the spread of the Coronavirus, and its impact on the economy – most notably fuel demand – are getting credit for the wave of selling. Demand for jet fuel has been particularly hard hit as flight cancellations spread from China to Europe, adding further drag on distillates in general. Chinese refiners are forced to either cut back on production, or find a new home for their barrels abroad, leading to an increase in product exports. The big question over the next few weeks is if the demand curtailments induced by travel restrictions will spread faster than the virus, or if the fears of demand contraction are worse than reality.

The runaway rally in RBOB spreads finally stalled out Tuesday after reports that Exxon’s Baton Rouge refinery was restarting several units that had been shut down since a fire two weeks ago. Even though futures are sharply lower again this morning, don’t be surprised to see some West Coast cash prices move higher today after Marathon’s LA-area refinery suffered a large explosion and fire overnight.

The API report showed minimal changes in petroleum inventories last week. The industry group was reported to show a build in crude stocks of 1.3 million barrels, while gasoline stocks grew by 74,000 barrels and distillates drew by 706,000 barrels. The DOE’s weekly report is due out at its normal time this morning. 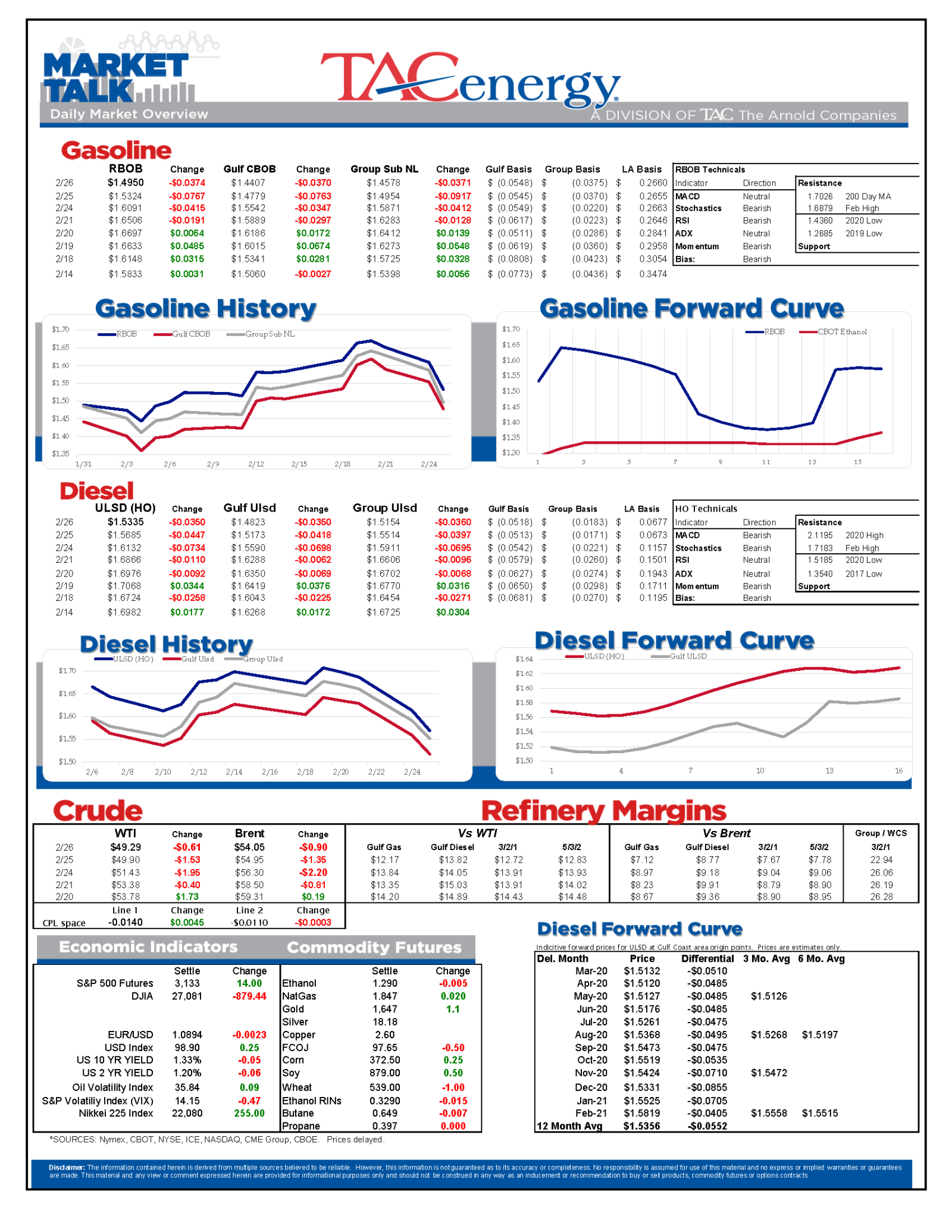 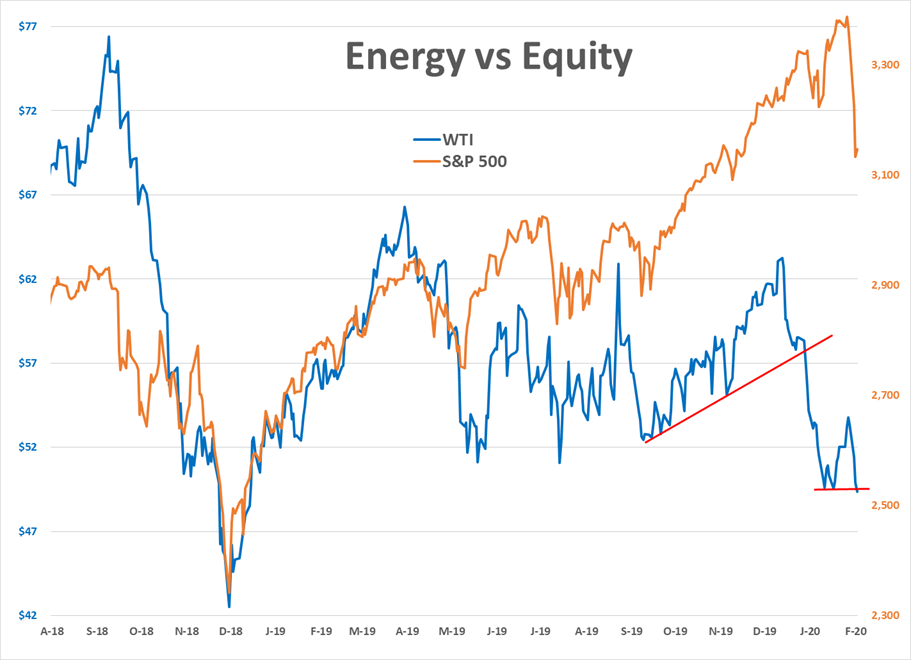 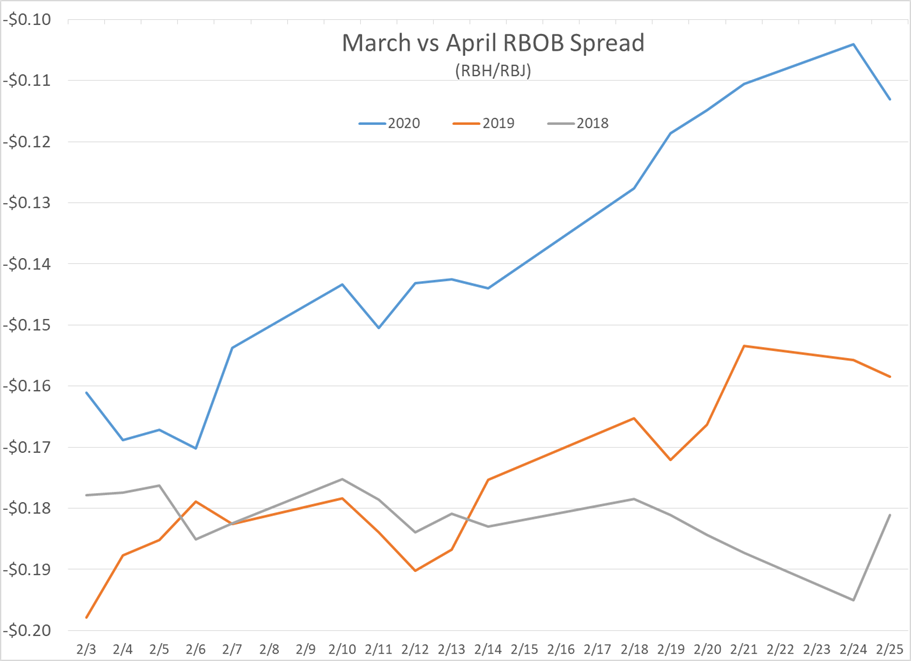