Gasoline prices have recouped most of the heavy losses suffered in the front half of the week, but need to extend this two day rally to avoid more downward pressure as charts continue to favor lower prices. The September RBOB contract (RBU) continues to be the standout in the entire complex as we begin the early stages of the fall RVP transition, and summer spec products start to become scarce. ULSD and WTI have also seen nice rebounds off of Wednesday’s lows, but are still pointed for large losses on the week and hinting at more to come.

The relative strength in gasoline prices has pushed crack spreads to 2 year highs, providing some much needed relief to the beleaguered refining industry. On the other hand, RIN values are about $1.50/gallon higher than they were 2 years ago, which offsets a large portion of that improvement in the gross refining margins. Perhaps an even bigger concern for refiners is that the traditional driving season is quickly coming to a close, and with so much uncertainty about what the winter will bring with the various COVID variants, these current values may look lofty in the near future.

For a contrary opinion, See this Reuters article on Chinese fuel demand for a good break down of how gasoline consumption remains on pace to hit a record this year despite the recent increases in COVID cases.

The US president signed an executive order on “Strengthening American Leadership in Clean Cars and Trucks” Thursday. In that order the EPA & Transportation secretaries were told to “…consider beginning work on rules” that would push for 50% of new vehicles to be carbon neutral, and to increase the fuel efficiency of traditional vehicles starting with model year 2027. Note the order wasn’t to begin the work, but to consider beginning the work. Based on that, and Washington’s general inefficiency, it seems more likely that the rules will still be debated in 2027 rather than having them adopted.

Perhaps the most notable detail (which naturally is overlooked) is that the President also encouraged the agencies to follow California’s lead in adopting these standards, which could mean the continued spread of the LCFS & Cap & Trade programs.

(c) Given the significant expertise and historical leadership demonstrated by the State of California with respect to establishing emissions standards for light-, medium-, and heavy-duty vehicles, the Administrator of the EPA shall coordinate the agency’s activities pursuant to sections 2 through 4 of this order, as appropriate and consistent with applicable law, with the State of California as well as other States that are leading the way in reducing vehicle emissions, including by adopting California’s standards.

The FERC rejected a request by airlines and cargo plane operators to grant emergency access to Kinder Morgan’s SFPP North line system to get more fuel to Reno, but ordered the parties involved to establish a conference aimed at “resolving current and long-term issues” regarding to that pipeline’s capacity. The order did not require a singing of Kumbaya at the end of the conference.

2 potential storm systems continue to be watched by the NHC, with the 2nd still given 60% odds of developing next week. 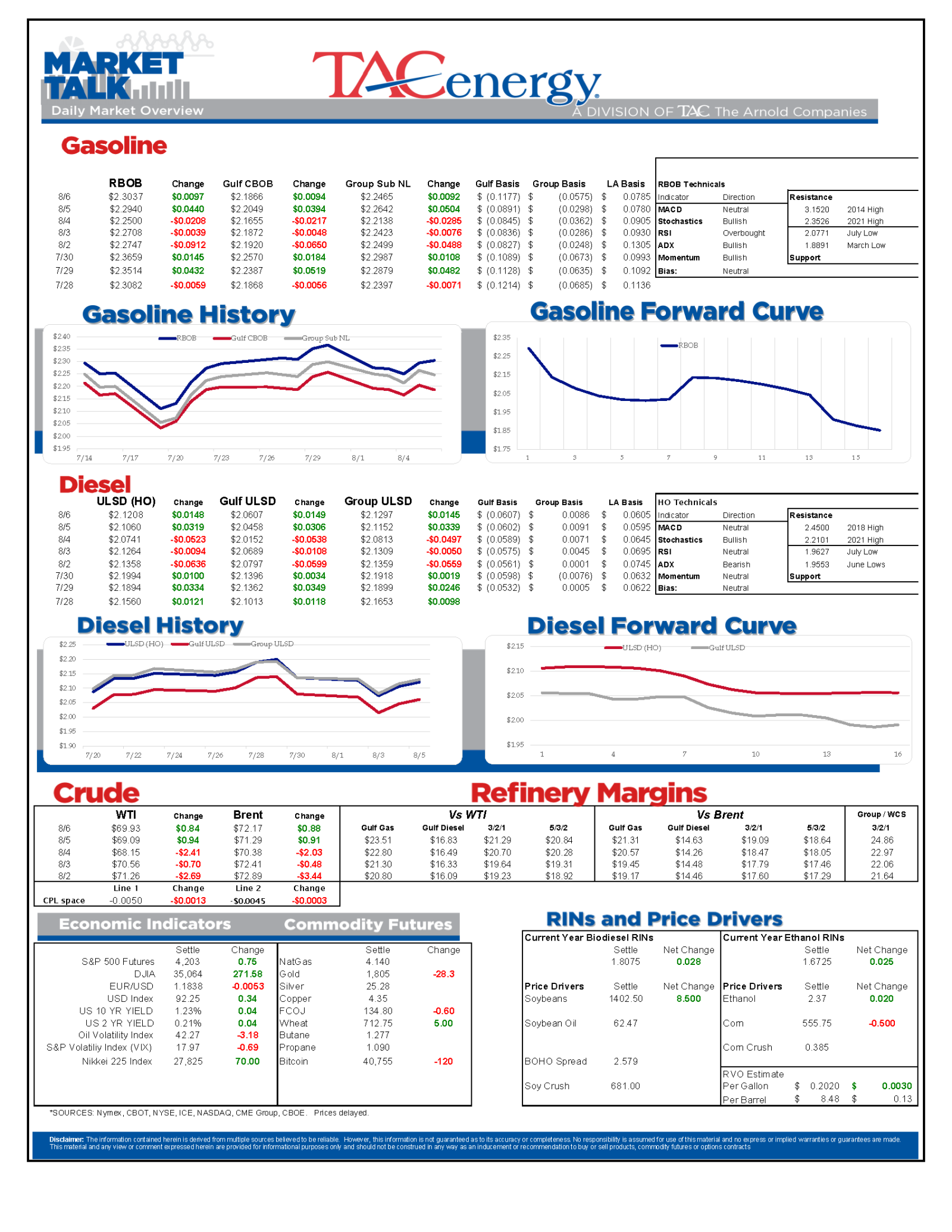 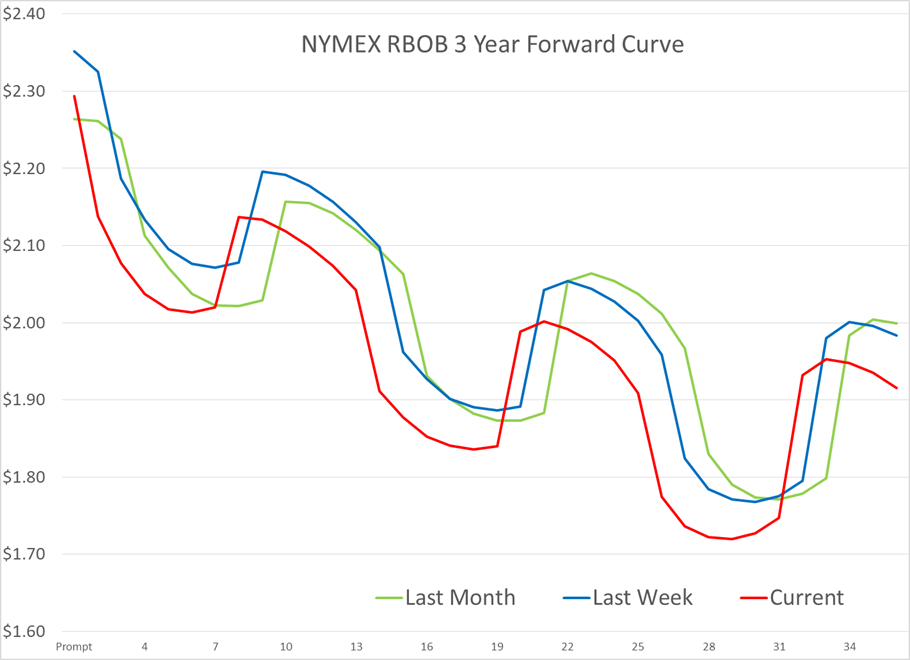 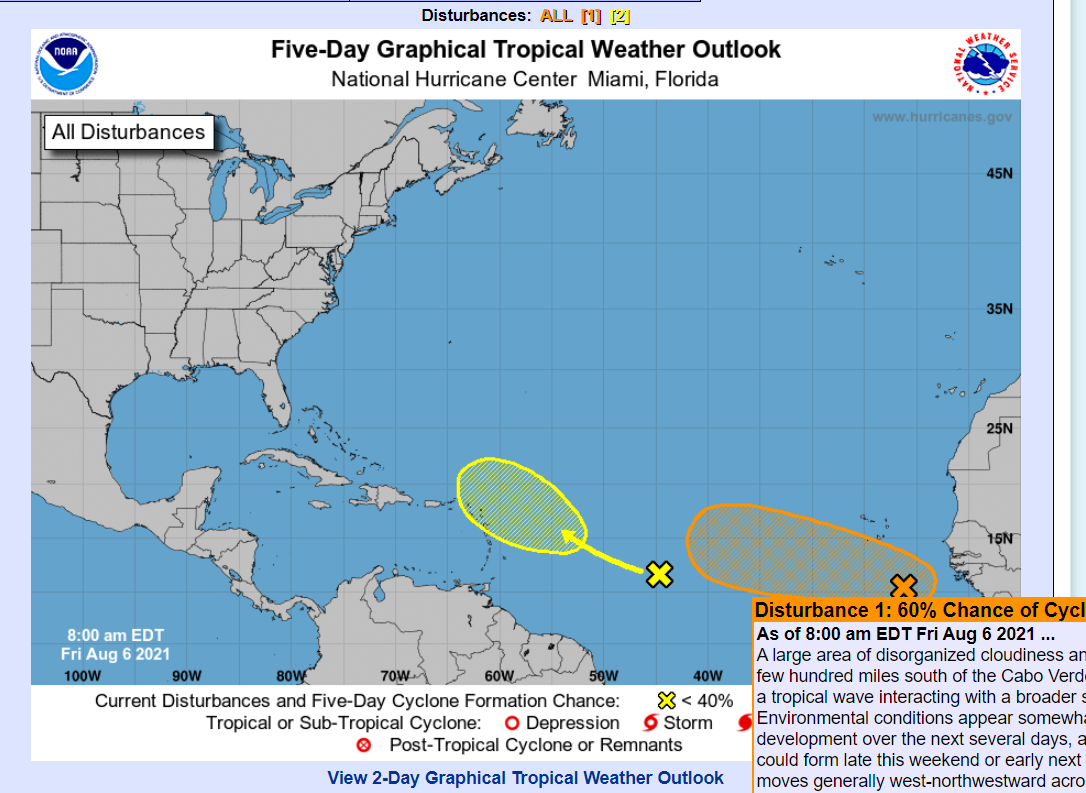