Gasoline prices are leading a push lower this morning as Hurricane Barry passed through refining country over the weekend without inflicting much damage on energy infrastructure.

Oil prices are clinging to modest gains, with some positive economic data from China taking credit for the relative strength while oil platforms in the Gulf of Mexico are already starting to be brought back online.

Britain this morning said the Iranian tanker it seized would be released as long as it doesn’t attempt to deliver its cargo to Syria, after talks with Iranian officials, easing some of the building tensions between those two countries recently.

Money managers continue to seem disinterested with the petroleum complex of late, with only small changes witnessed in speculative holdings last week. WTI and Brent both saw small reductions in the net length held by money managers, while refined products saw small increases. 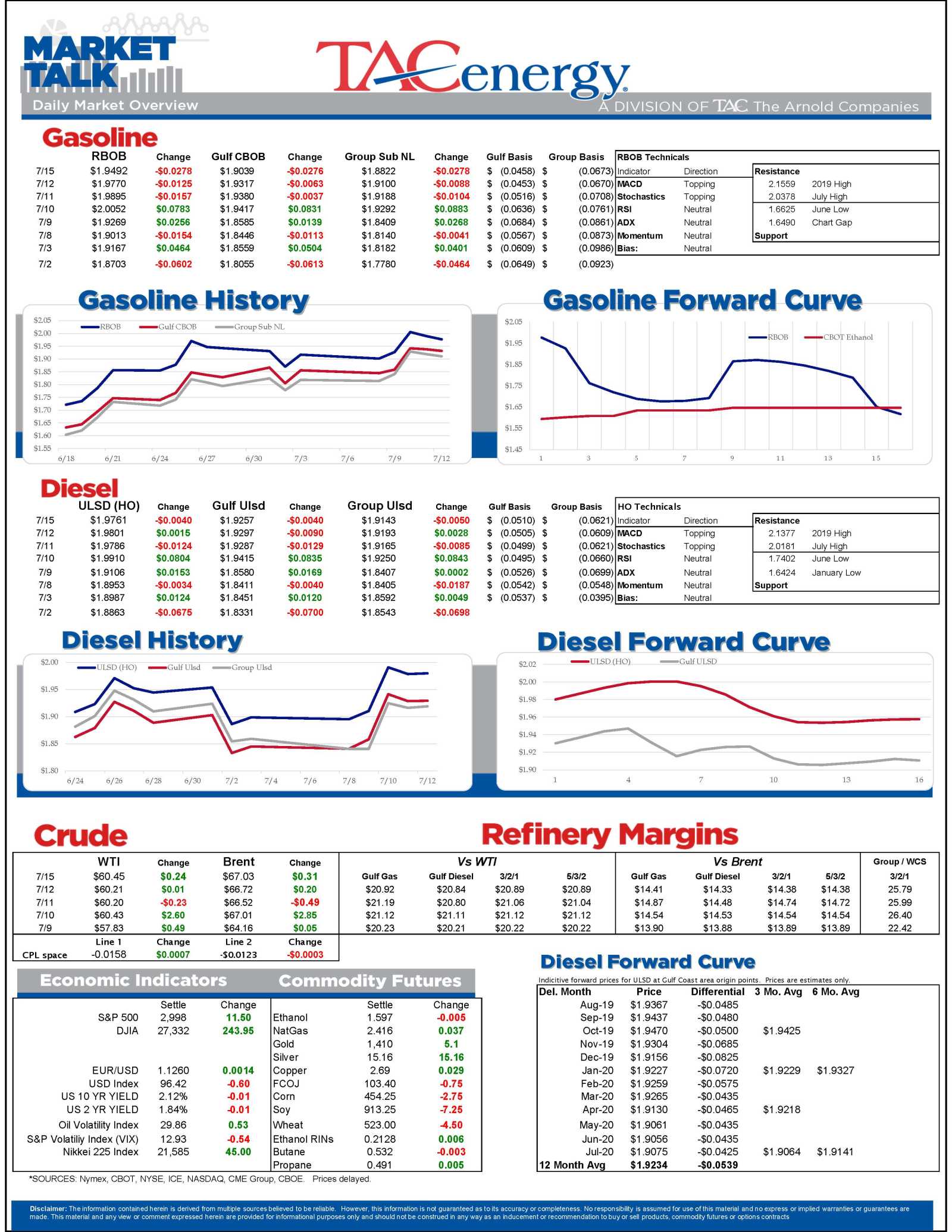 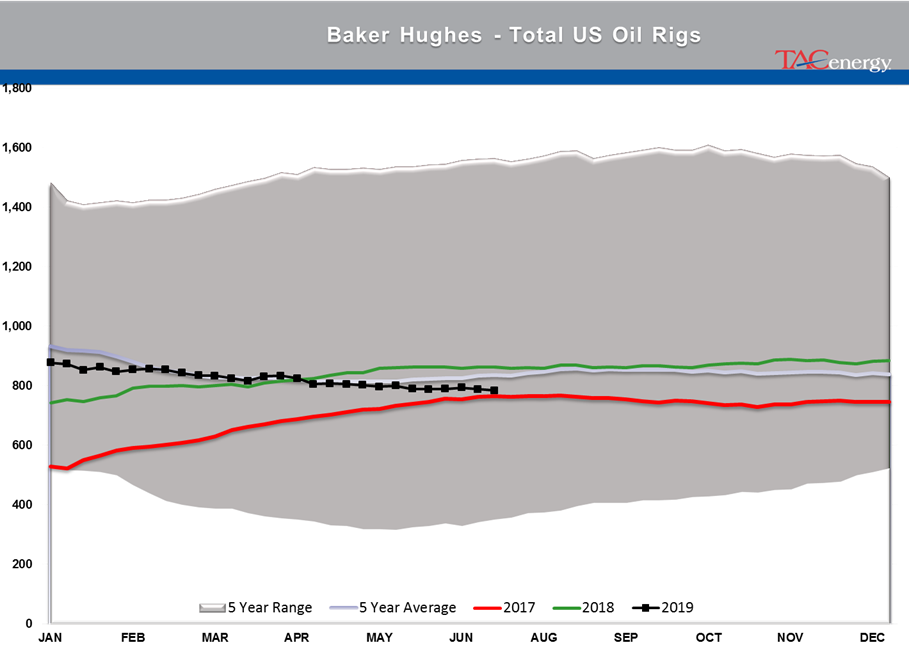 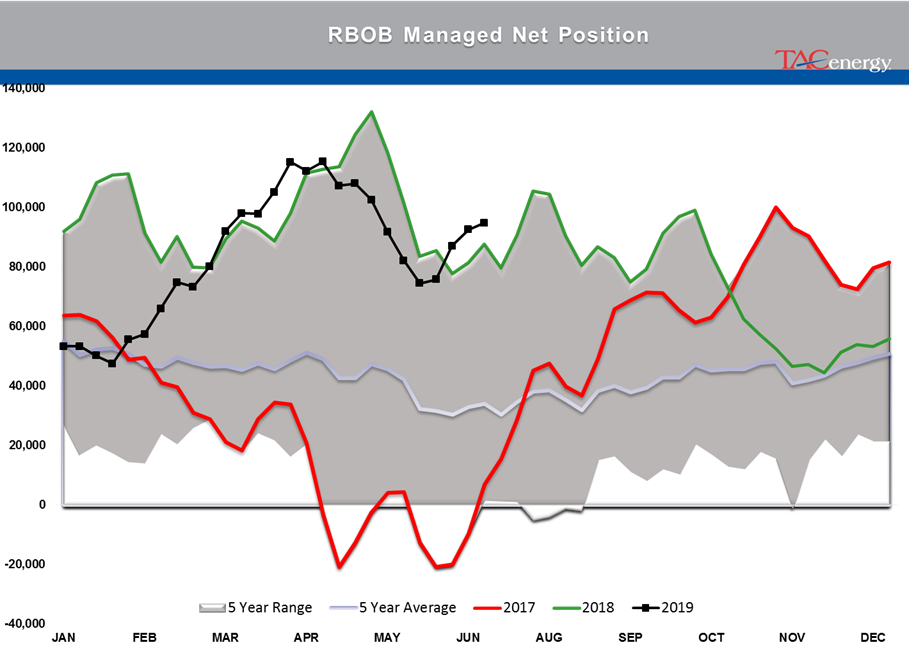