Gasoline prices are dragging the rest of the energy complex modestly lower to start Thursday’s trading, as they face a trio of headwinds this week. Refinery runs cranking up as Gulf Coast plants recover from storms, plummeting RIN values that reduce the cost of compliance for refiners, and a seasonal demand slowdown now that the 2021 driving season is officially behind us.

The Washington Rumor mill continues to roil RIN markets this week. Both Bloomberg and Reuters published notes Wednesday based on a leaked document that claims to show the EPA proposing cuts of roughly 15% to the blending mandates for refiners in 2020 and 2021. The market had been selling this rumor for more than a week already, with prices having already dropped nearly 30 cents since Labor day, but still dropped sharply following this. D6 ethanol RINs for 2021 traded down to 92 cents, the lowest since Mid-January, before seeing a modest bounce back to the 97-98 cent/RIN range to end the day. It’s important to note that these cuts are not yet finalized, and in the case of the 2020 volumes, they would represent a retroactive change to the “final” rule that was published in February, which makes the entire program look even more like a farce unenforceable.

Wednesday’s DOE report was highlighted by a big jump in refinery runs, as all but 2 Gulf Coast plants look to be back online after Hurricane Ida.   Diesel saw the start of its fall demand spike, while gasoline consumption looks like it’s ready to start the winter doldrums.

The FED continued to telegraph the end of its money printing bond buying programs, and suggested that even though interest rates aren’t going to go up soon, they could start as early as mid-2022 if the recovery stays on track. Equity markets seemed to find that plan to be “good enough” and have recovered the majority of Monday’s heavy losses.

That’s not what we meant by zero carbon: A shortage of carbon dioxide, caused in large part by surging natural gas prices, is adding yet another major threat to supply chains around the world that are already struggling. This could trickle down to increased demand for crude and diesel this winter as natural gas demand reaches its peak during cold stretches. This situation also sheds a harsh light on the logistical challenges faced by the net-zero movement.

The storm soon to be named Sam is expected to swell to major hurricane status early next week. So far, most models continue to show it hooking north and keeping it offshore, but there’s still a chance that path could change. 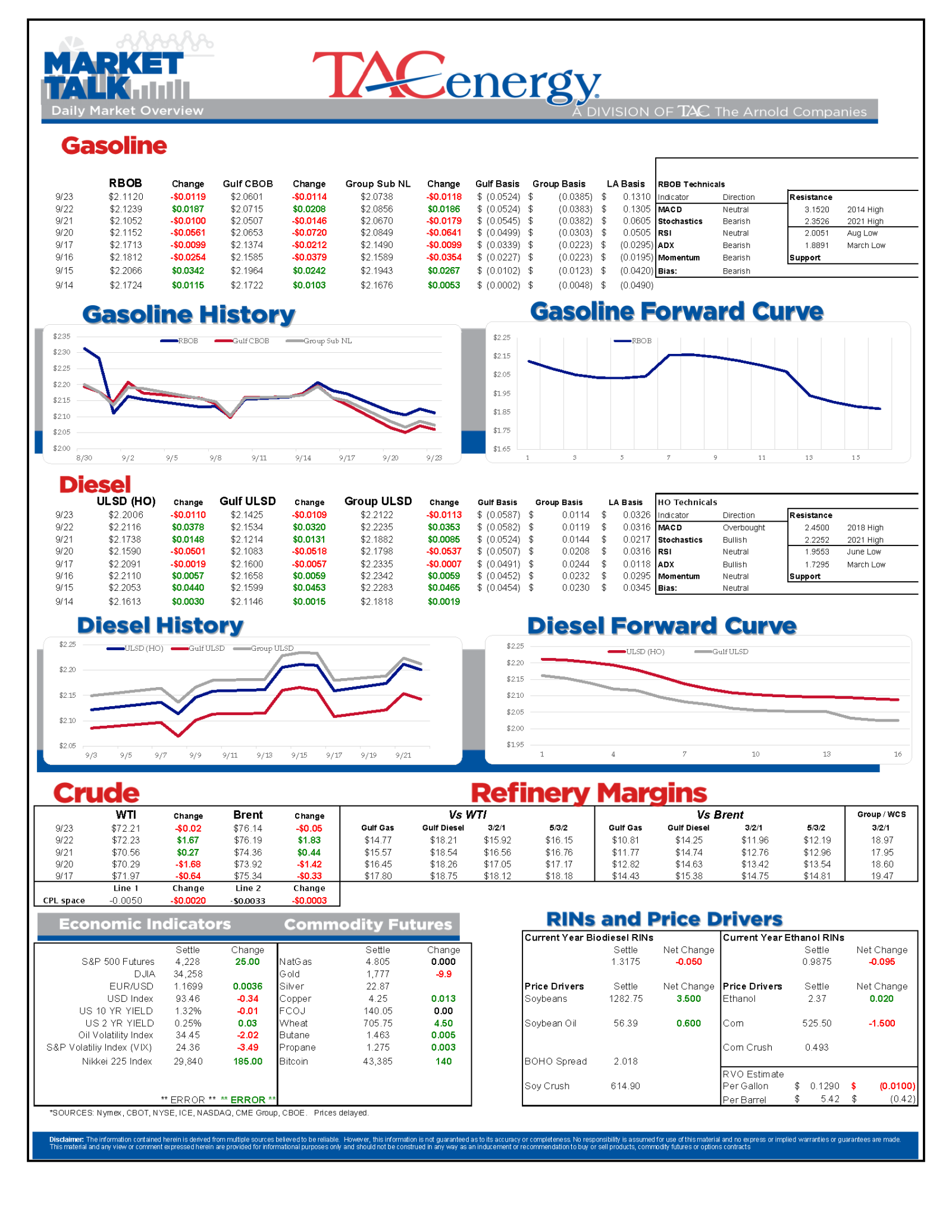