Gasoline prices continue to march to fresh record highs this week as the world got a harsh reminder Thursday that OPEC can’t replace Russian exports, and US inventories continue to slide. RBOB gasoline futures smashed their previous record in Thursday’s session, then broke it again by 3 cents overnight, with essentially nothing on the charts standing in the way of an extended move higher.

While diesel prices are still well-below the chaotic records set back in March and April, they are now within striking distance of the $4.40 chart gap, with little technically standing in the way of a push to that next layer of resistance.  If diesel prices do move into that range however, there’s a potential head and shoulders forming on the charts with March’s rally to $4.67 creating the left shoulder and April’s spike north of $5.85 as the head. That pattern could ultimately mark the end of the bull market in ULSD, but it still could take months before that plays out, IF it happens at all.

OPEC announced it would accelerate its output restoration to pre-COVID levels, which did bring about a brief round of selling, only to see those losses turn to gains when multiple reports reminded people that this was in no way a replacement of the Russian barrels that are lost or redirected by sanctions.

RIN prices saw a big rally Thursday following another rumor report that the EPA would increase the 2021 renewable volume mandates, rather than easing them to help lower fuel prices as had been rumored over the past few weeks.  The agency is under a court order to release its long overdue blending requirements for 2020-2022 later today.

The DOE’s weekly report showed a large draw in crude oil inventories despite the ongoing SPR release, and refiners struggling to keep up with the product demand both domestically and abroad. Refinery hiccups continue to hamper the efforts, with the system stretched tighter than it’s been in decades with so much capacity taken offline in the past 2 years. The one notable exception in refinery activity is seen in PADD 1 where the plants that had been knocking on death’s door for years have now been able to increase run rates for 5 straight weeks to their highest levels since the start of the pandemic.

Tropical Storm Alex is expected to be named later today, but fortunately is steering far south of the Gulf Coast refining network as it heads towards Florida. The other good news with this storm is that it’s moving forward quickly which should minimize the impacts on land.

The May payroll report showed an estimated increase of 390,000 jobs in the US last month, while the headline unemployment rate held steady at 3.6% and the U-6 rate ticked up to 7.1%. 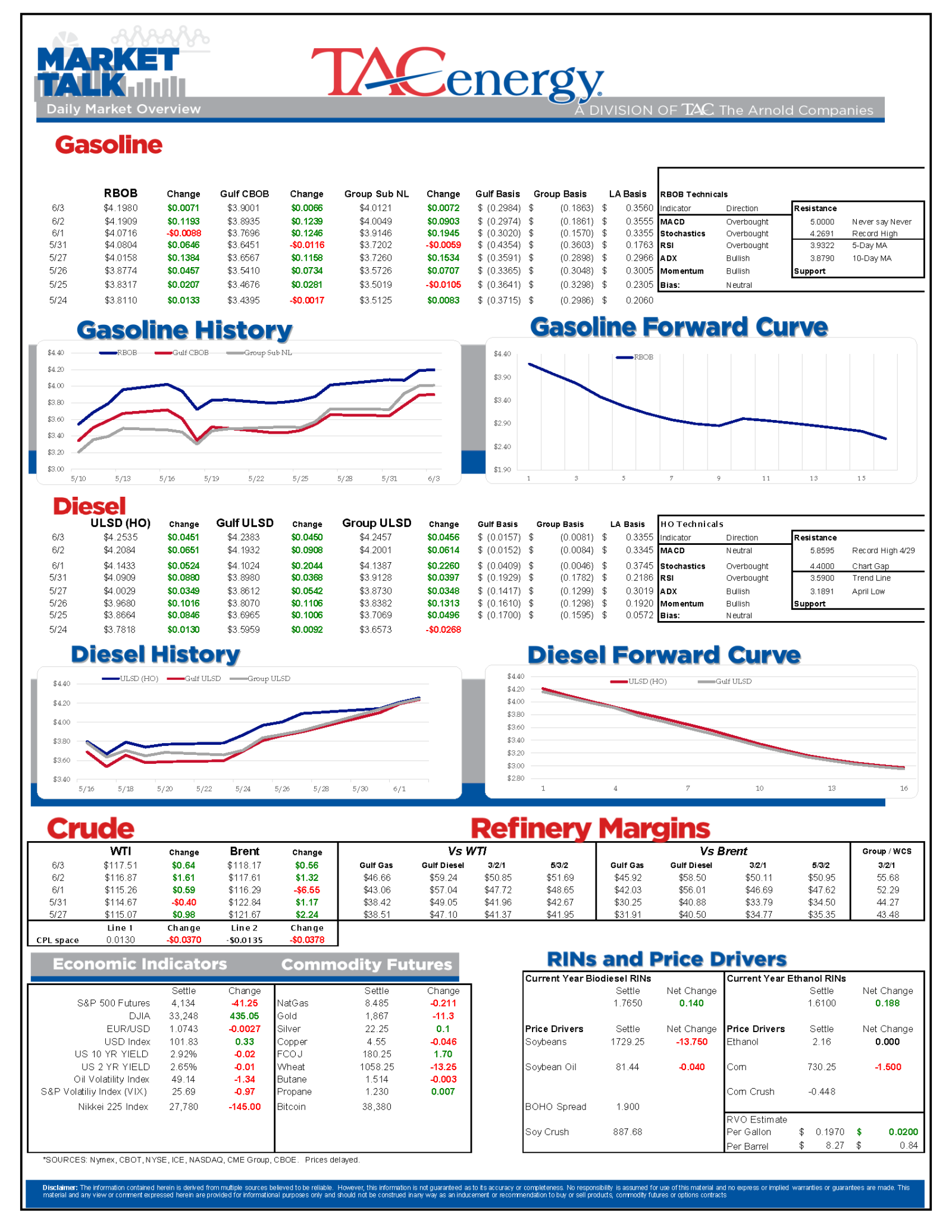 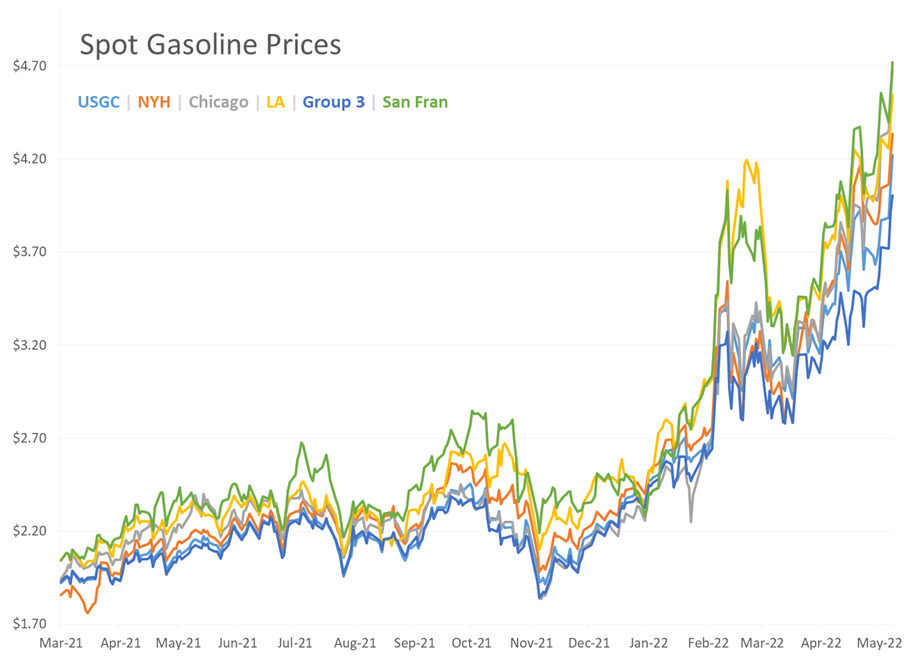 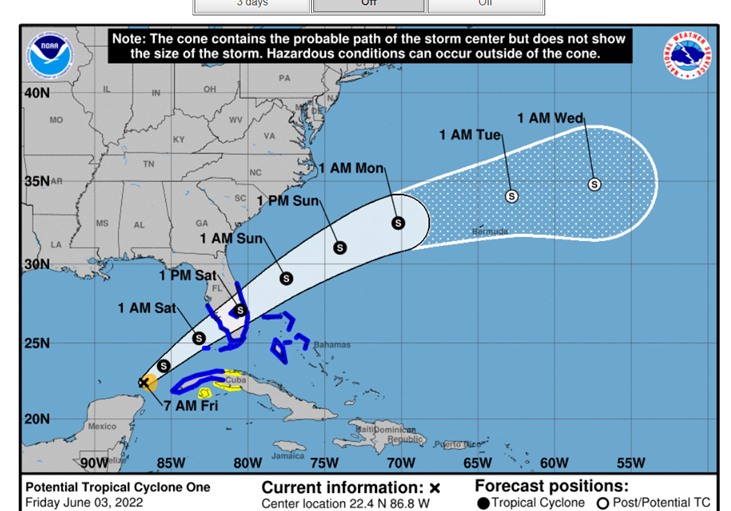