It’s another quiet start to trading for energy markets, with crude and diesel prices trading modestly lower for a fourth day. Gasoline prices are attempting to cling to small gains amidst fundamental and technical warning signs that suggest that we could see sub $1 product prices in the near future.

In addition to the ubiquitous COVID worries, stimulus package negotiations continue to be a major short term theme. Early optimism for a deal faded Monday, which pushed equity markets from strong early gains to heavy afternoon losses, and carried over to knock energy prices (particularly diesel) down a peg. There’s another round of negotiations reportedly underway today, which is likely contributing to the wait-and-see approach to early trading.

The OPEC & Friends technical meeting seemed to be a non-event, although the chatter is that the cartel will need to push to change plans to start ramping up production in January in order to avoid another price collapse.

West Coast spot markets have seen some strength in over the past several days as reported refiner buying helped basis values recover losses they had earlier in October. Refinery runs remain well below normal due to the sluggish demand and weak margins, and there were reports that the P66 refinery in Rodeo had unplanned maintenance that seemed to lend additional strength to Bay-area values.  As the chart below shows, the recent strength is barely noticeable compared to the large swings we’ve been accustomed to in years past. Similar to the muted reaction in Gulf Coast values as multiple hurricanes made landfall, the COVID demand slump seems to be acting as a buffer to any supply disruptions in the region.

The EIA is expecting the fall harvest and a colder than average winter to help alleviate some of the diesel inventory glut that the U.S. has been dealing with since COVID hampered demand, and forced more distillates that would normally be made into Jet fuel into other diesel products. Unfortunately for refiners that desperately need a break, the chart of Midwestern diesel demand below shows that the peak of harvest demand may have already happened last week.

Tropical storm Epsilon has been named, the 26th named storm of this record setting season. The storm is expected to reach hurricane strength as it approaches Bermuda by the end of the week, but should not directly threaten the U.S. or Canadian coastline. The other system being tracked by the NHC in the Caribbean is given just 10% odds of development. 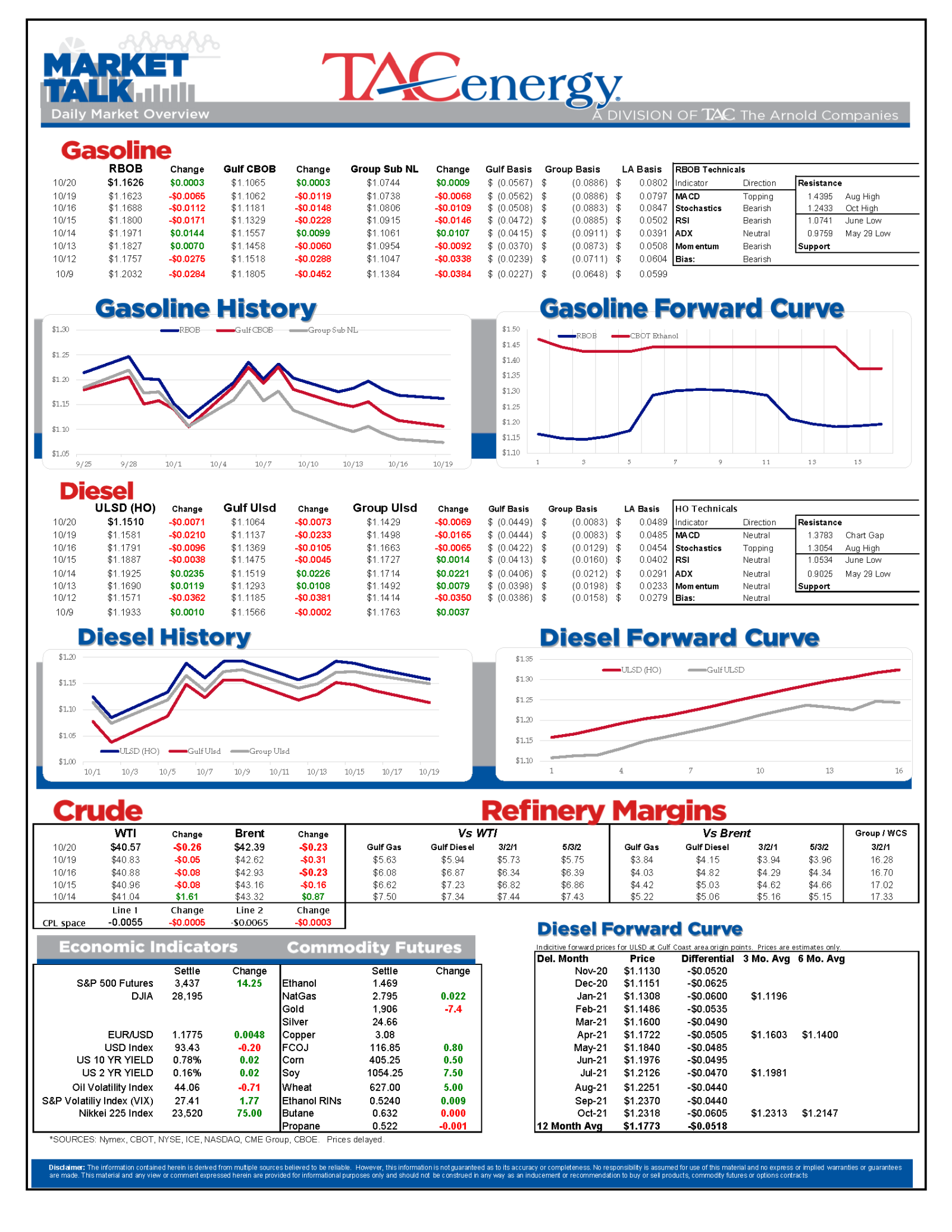 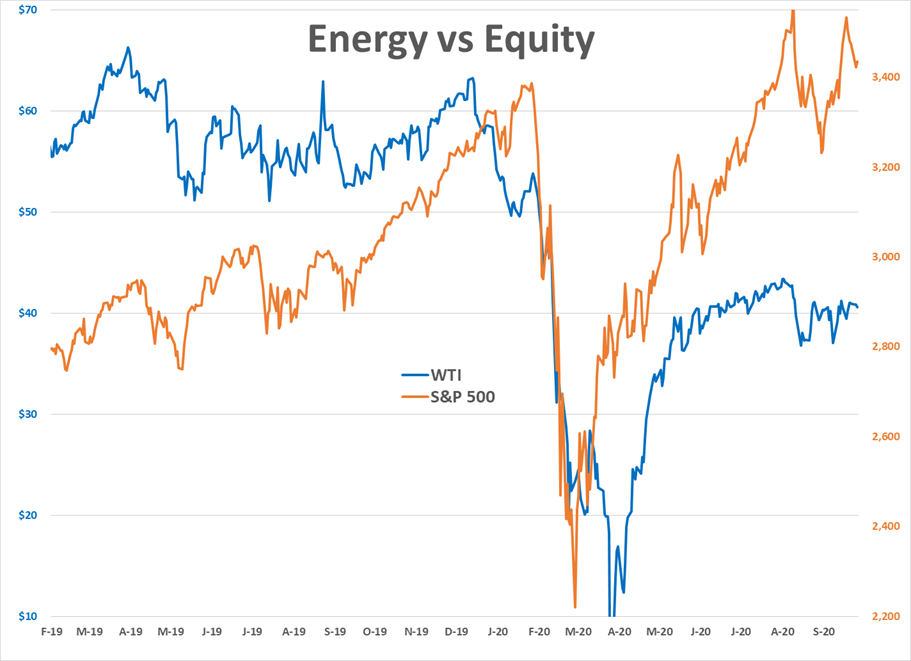 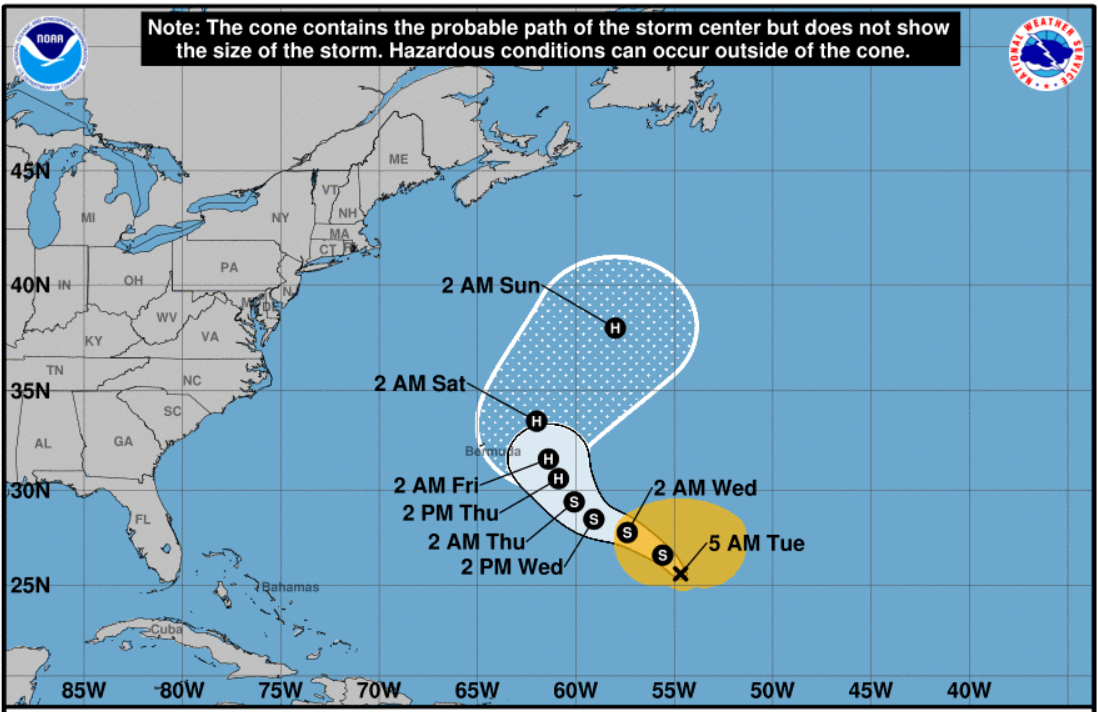