Gasoline Futures Up Since Tuesday's Settlement

Gasoline futures are up more than 20 cents since Tuesday’s settlement, even as inventories reached a new all-time high last week, amidst signs that domestic consumption has bottomed out and refinery cut backs are keeping inventories from reaching critical levels. Diesel prices are lagging behind in the rally, only up about a nickel during that span.

While diesel demand didn’t fall nearly as much as gasoline over the past month, it saw a healthy increase in last week’s estimate. Diesel inventories continue to rise at a rapid pace due to refinery output holding steady, and exports backing up into the U.S., accounting for five million barrels of the seven million barrel build reported by the DOE.

The CME Group (parent company of the NYMEX) chairman said its market for WTI futures “worked to perfection” this week in an interview, and gave a reminder that the exchange is not for average retail investors. That’s a lesson many are finding out the hard way, as the ETF that tried to make WTI available to retail investors is on the verge of an implosion.

The CFTC announced it was investigating the potential for insider trading surrounding the Russia/Saudi price war announcements in March. It doesn’t appear that had anything to do with the volatility this week, but it does shed light on some of the shadier influences the market is dealing with daily.

The EIA this morning published a closer look at the demand drop for petroleum products over the past month, noting that continued demand for distribution of supplies and home deliveries is likely the main contributor to the relative strength in diesel demand. 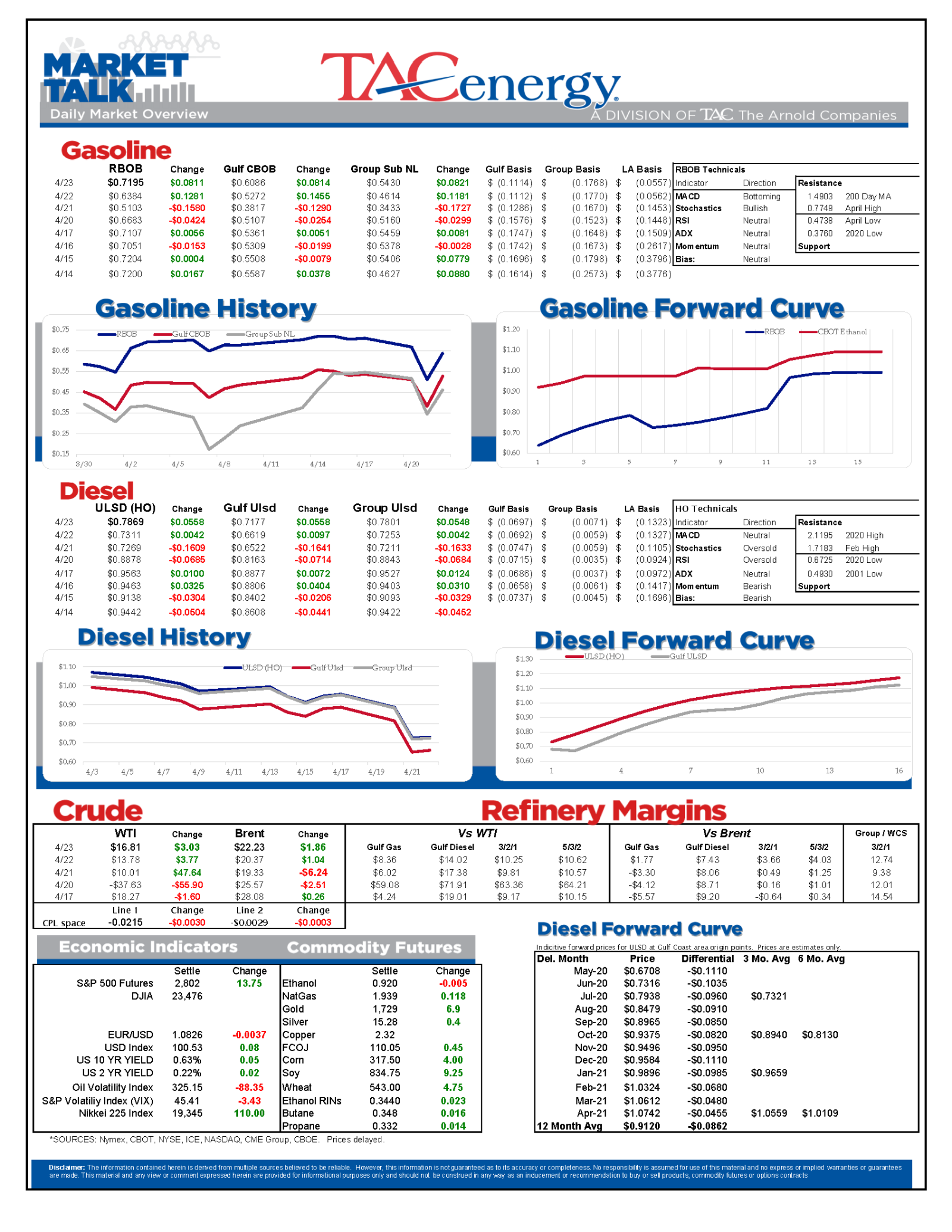 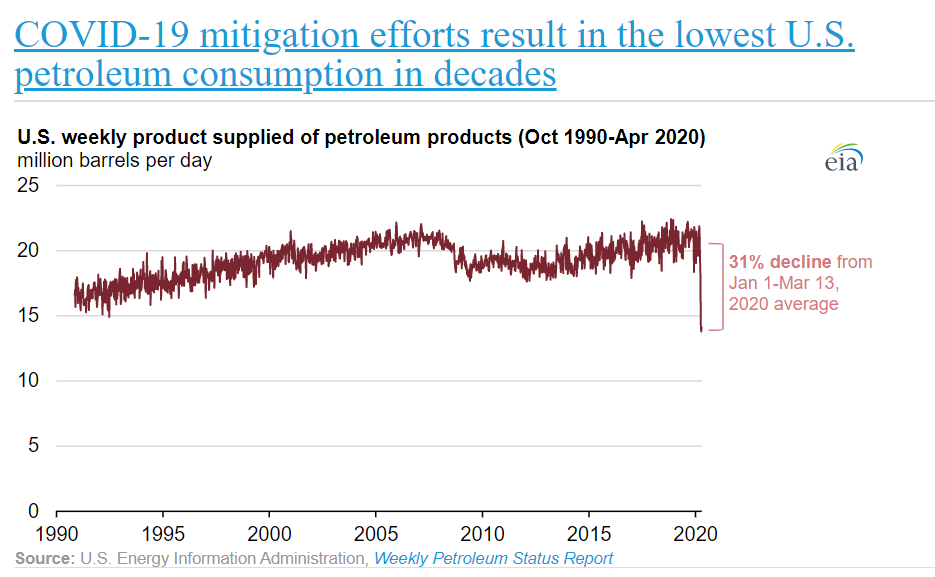 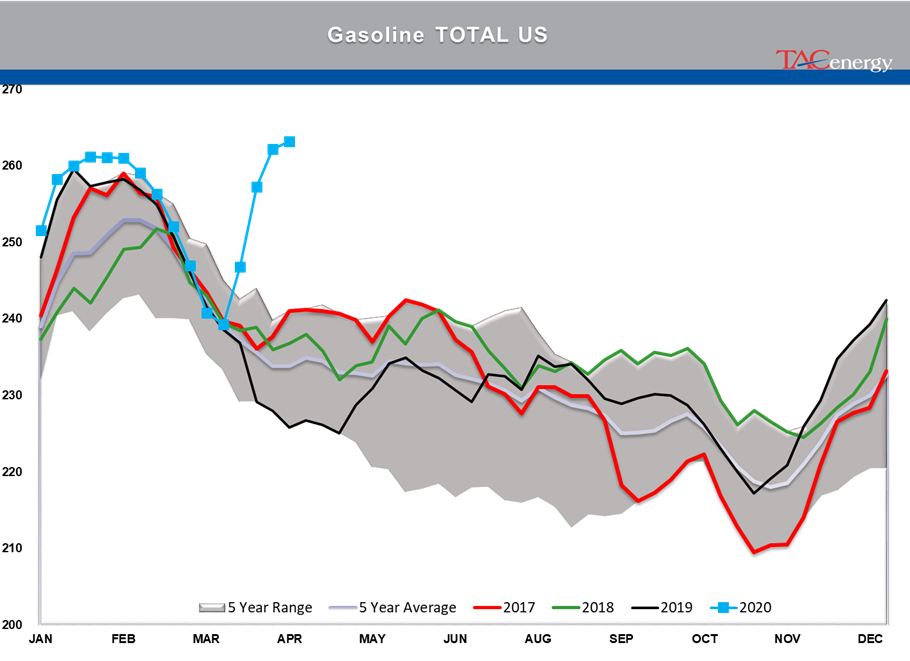