Gasoline Futures Are Leading The Energy Complex Higher This Morning

Gasoline futures are leading the energy complex higher this morning, setting yet another 7 year high, even after the rally in oil contracts stalled out Monday. Weather disruptions on the East and West Coasts seem to be a major factor contributing to the strength in RBOB as time spreads continue to surge with only a few days left before the October contract expires.

The Bomb Cyclone that hit the West Coast over the weekend disrupted operations at 3 different refineries in Northern California, sending basis values for San Francisco spots sharply higher on the day and outright prices to all-time highs in some cases.

So far there have not been any reports of upsets at the remaining East Coast refineries, but heavy flooding has been reported in the area, so some disruption to the supply network is still possible. Even if the refineries continue operating, this Nor’easter will definitely disrupt vessel traffic in and around the New York harbor at a time when supplies are unusually tight.  At least one terminal in the area was shut due to power outages, and from the forecasts, it’s probably not going to be the last one to have a temporary disruption as the storm passes.  Lines space values for gasoline shipped on Colonial remain in positive territory, which has been an extremely rare occurrence over the past two years, another sign of the tightness in prompt supplies.

Countries around the world are announcing their climate plans this week, ahead of the global summit in Scotland this weekend. One of the biggest questions heading into the summit is whether or not China (the country with the most pollution) will attend. Overnight reports suggest that the country’s president will not join the summit, which is a major blow to the credibility of any pact reached.

The other big headline today is that Tesla has surpassed $1 Trillion in market cap, and its founder is now worth more than Exxon. Meanwhile, even ambitious projections for electric car production puts them at less than 5% of the global vehicle count 10 years from now. Exxon meanwhile continues to pursue its own carbon reduction agenda through its carbon capture and sequestration (CCS) projects.

The Dallas Fed’s Texas manufacturing survey showed that growth in the state remains above average even as costs are rising (aka inflation), and raw material shortages are limiting output. A highlighted note from chemical manufacturers shows that some are unable to keep up with demand, as we’ve seen with a shortage of additives across several markets in the past month. 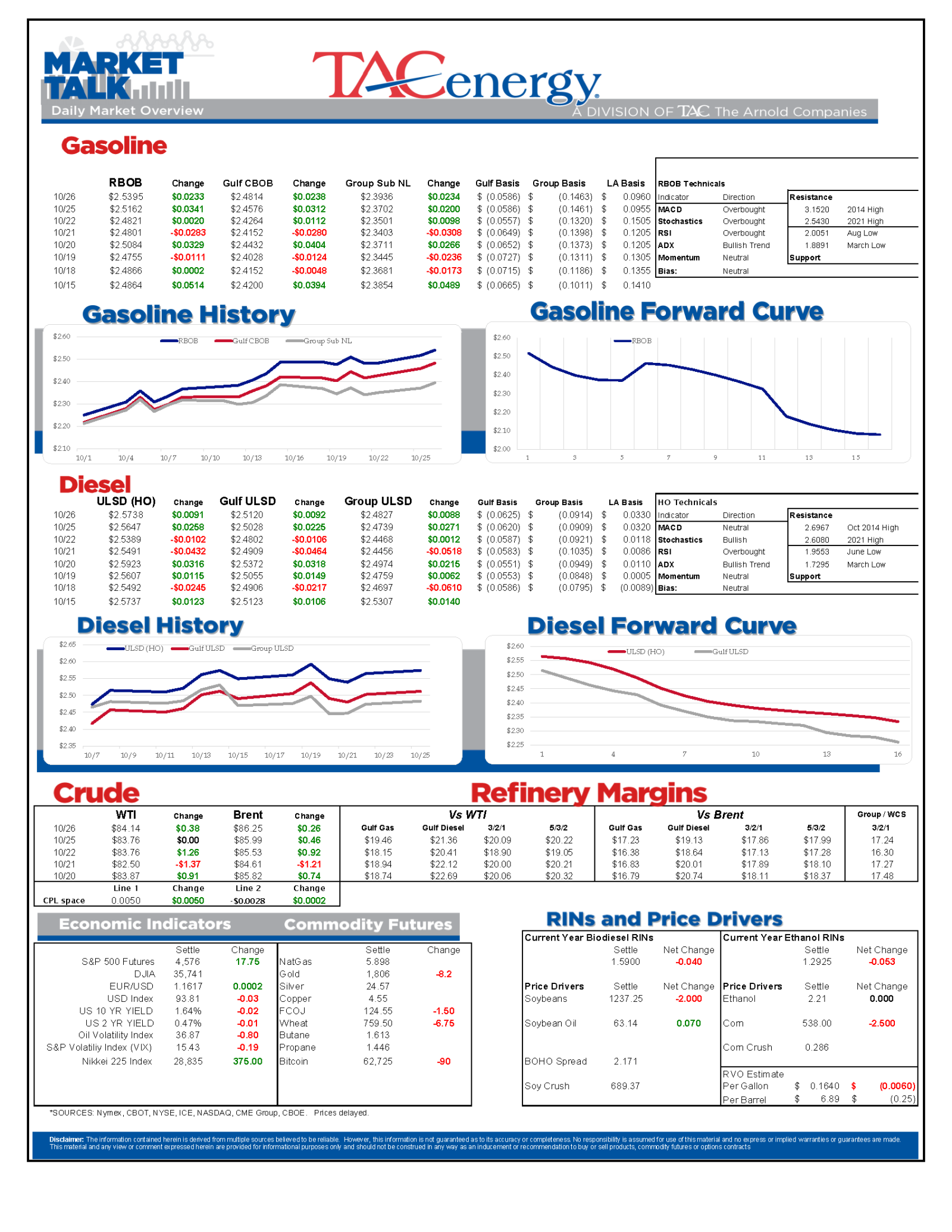 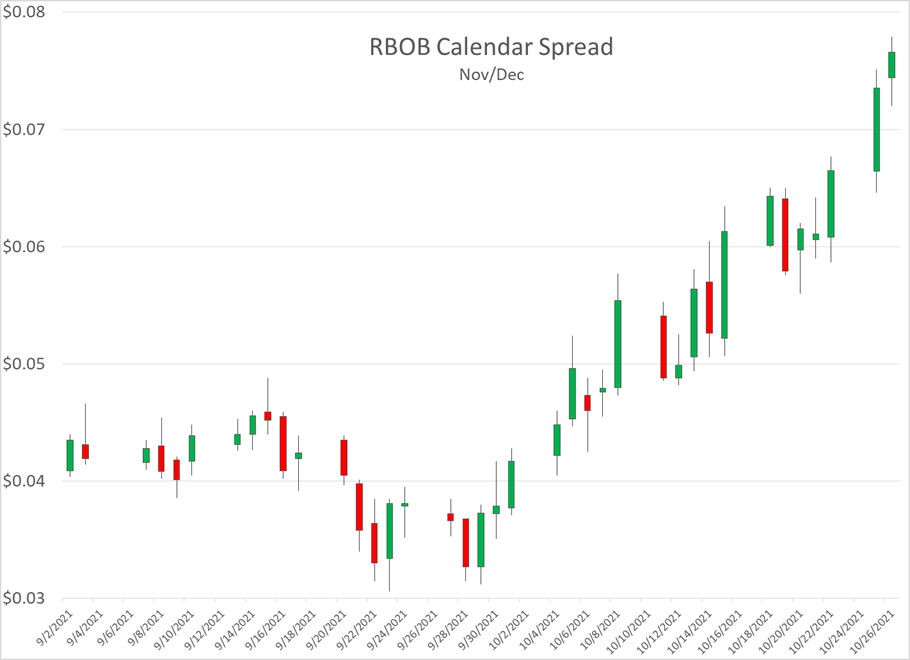