Gasoline and diesel prices have dropped almost 20 cents/gallon from Monday’s high trades.  Meanwhile the TSA and other groups announced they are dropping mask mandates.

Those are unrelated but significant events.  It’s a good reminder that correlation is not causation in a time when 10 cent price swings happen in a minute or two, and occasionally there’s a clear reason for those moves.  So far there doesn’t seem to be a fundamental story behind the pull-back, but given the big wave of selling that hit futures just before the settlement Monday, which wiped 10 cents off prices in a matter of minutes, it wasn’t surprising to see some follow through selling overnight.

While refined products rode a rollercoaster Monday, Ethanol, Biodiesel and their corresponding RINs were all rallying, as grain prices approach all-time highs reigniting the food vs fuel debate.   Unlike the rally in energy prices, money managers seem to be eager participants in the grain contracts, with hedge fund positions approaching record net length and helping push those prices higher, for now.

The Dallas FED released a study last week on the rapid rise in commodity prices, noting that volatility is nothing new, but such a widespread price increase across so many different commodities certainly is. The study highlighted the impacts on financing global commodity trade, and how that could negatively impact the economy.

The EIA has acknowledged that those high prices are sticking around for a while, predicting record high retail gasoline and diesel prices this summer, but softening the news by saying that after adjusting for [runaway] inflation, these are only the highest prices since 2014. 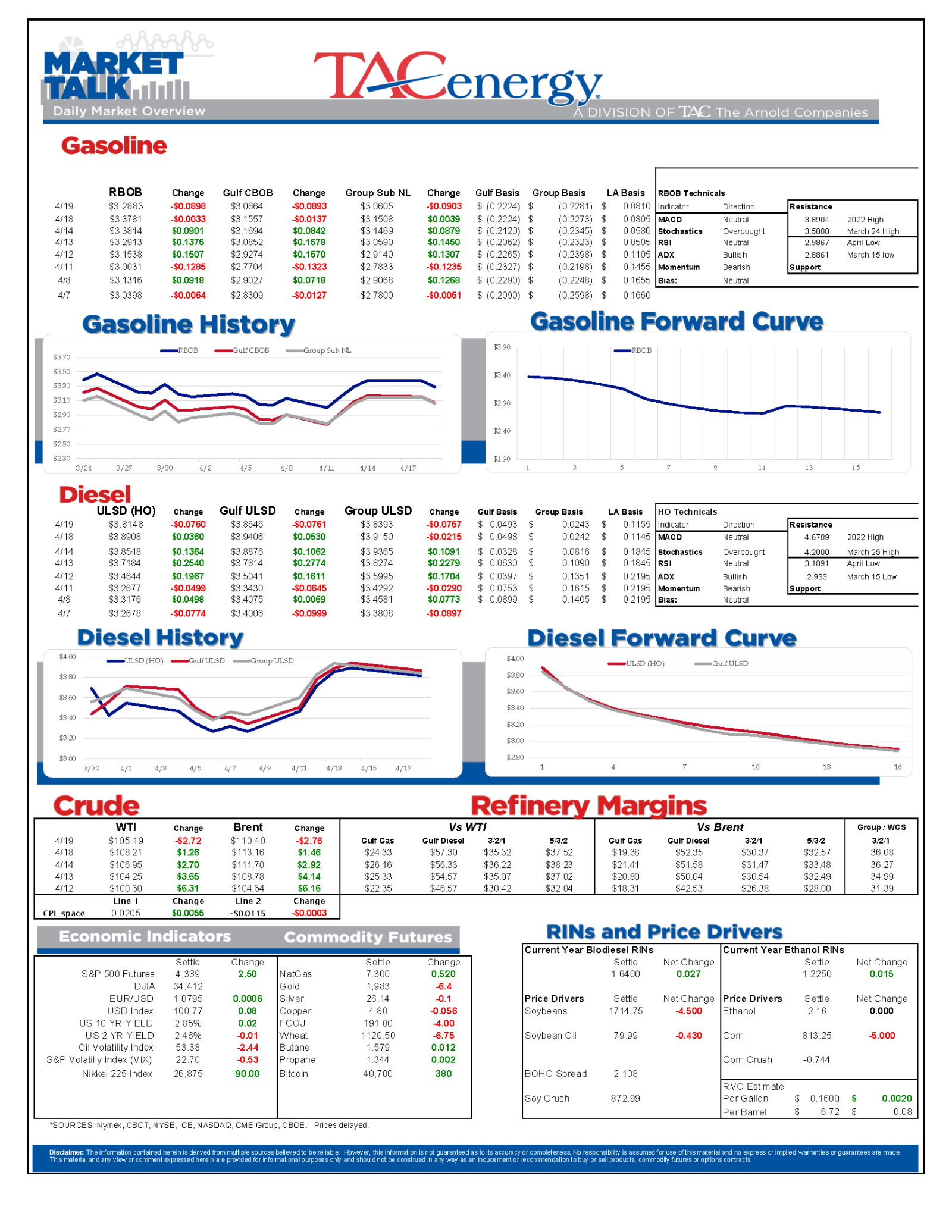 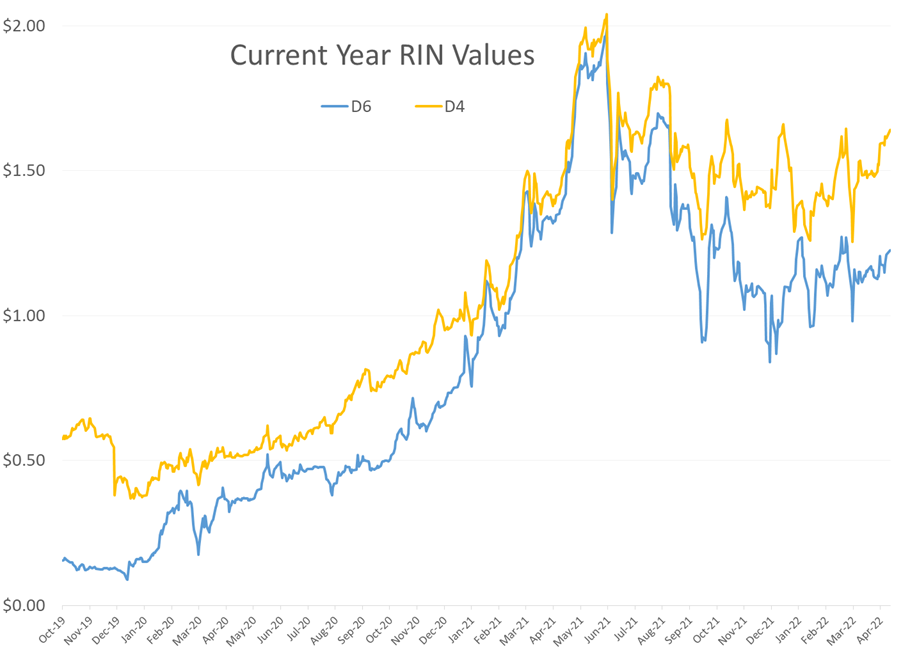