Gasoline and diesel contracts are trying to lead the rest of the energy complex higher to start the first full day of trading of this holiday-shortened week. The follow through after Friday’s bounce has taken back about 40% of the losses we saw in the past week.

The early strength in refined products makes it seem like there may have been a refinery hiccup over the long weekend, although so far no reports of issues are coming to light. The Midwest continues to see basis values rally, with Group 3 UNL trading 20 cents higher than a week ago after storms knocked at least 2 refineries in Oklahoma offline last week. Products could be finding some more strength from reports that several European refineries have been forced to reduce their run rates due to the ongoing saga of contaminated crude coming out of Russia.

Speaking of refiners, an article over the weekend noted how the global shortage of heavy crudes is hampering margins for many refiners this year, while a WSJ report this morning shows that expectations for an earnings boost at year end due to the IMO spec change remain high.

Baker Hughes reported a net decrease of 5 oil rigs working in the US last week, with the Permian basin declining by 3 rigs, while the DJ Niobrara declined by 2.

Money managers were reducing their net-long holdings in most energy contracts before the big selling started last week, with WTI seeing a 4th straight weekly decline, while Brent had its 2nd, although none of the changes were large enough to suggest any sort of mass exodus was underway. Given the resilience in prices since Thursday’s collapse, it seems that the large funds have weathered another storm.

The EIA this morning takes a look at the importance of energy trade between the US & Canada, with our neighbors to the north accounting for nearly half of all US oil imports. 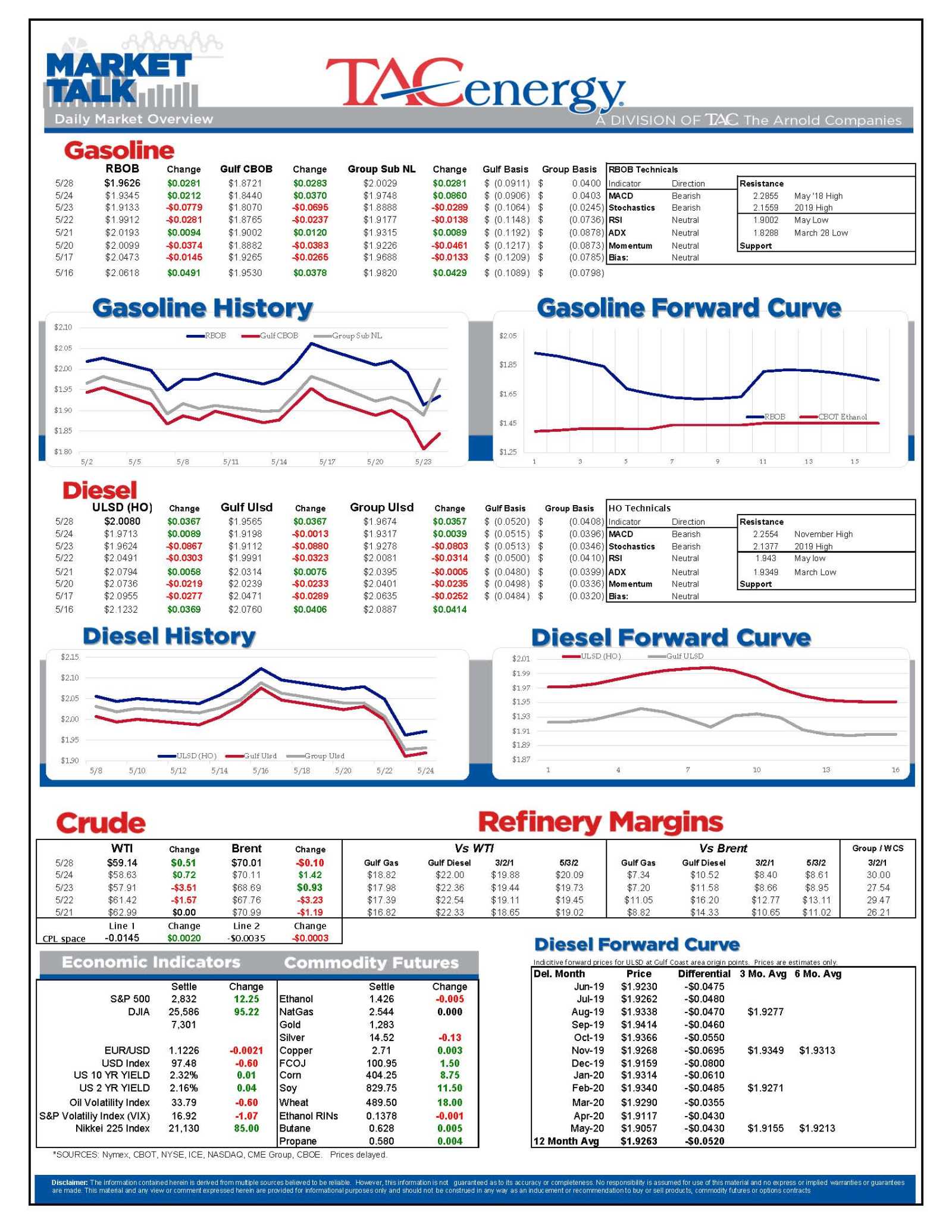 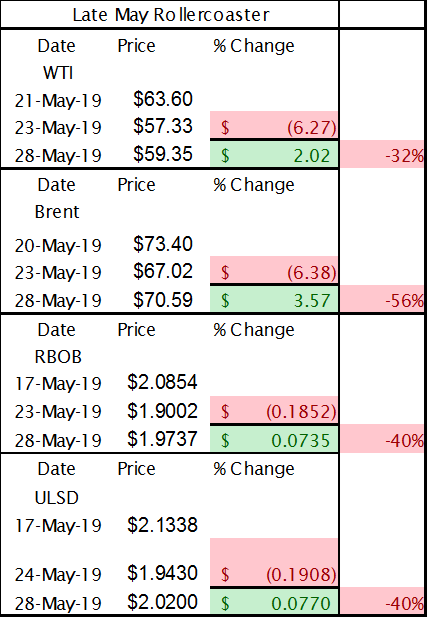 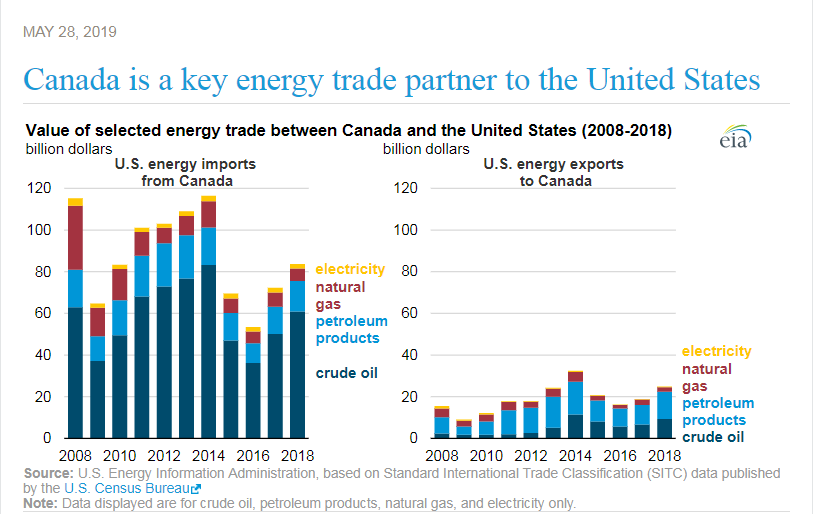