The back and forth pattern continues after gasoline prices survived a trip to the low end of their trading range Wednesday. Large builds in refined products and a pullback in demand sparked a wave of selling following yesterday’s DOE report, but as has been the case for the past three weeks, buyers stepped in as prices approached chart support levels and ended the trading session on a strong note.

It’s a mixed bag so far today with crude and diesel prices showing small losses, while gasoline has small gains. Reports of an unplanned shutdown of a refinery in Louisiana this morning seem to be helping RBOB prices go from small losses to modest gains on the day, and helping push gasoline time and crack spreads higher just as you’d expect when there’s a supply disruption. No details yet on the cause or duration of that shutdown.

Want a reason why yesterday’s gasoline inventory build isn’t something refiners need to worry about? Take a look at the gasoline import chart below, which shows an increase of 4.7 million barrels in total last week, which suggests the four million barrels build in total inventories isn’t a trend that will continue.

More bad news for the beleaguered refinery formerly known as Hovensa. Several executives are reportedly stepping down after the plant was forced to shut last week, and lost an expansion permit previously granted by the EPA. That may be good news for other refiners around the Atlantic basin if it’s a sign that the plant won’t operate, but could also just be a sign that the company is in the process of finding more capable operators.

Meanwhile, the ports of Vancouver, Seattle and Tacoma laid out their plan to jump on the zero emission by 2050 bandwagon, focusing specifically on pushing ships to run on electricity while docked rather than idling their diesel engines to produce power. It does not appear that plan has detailed where that extra electricity will come from, or how it will be emissions free.

Click here to download a PDF of today's TACenergy Market Talk, including all charts from the DOE weekly status report. 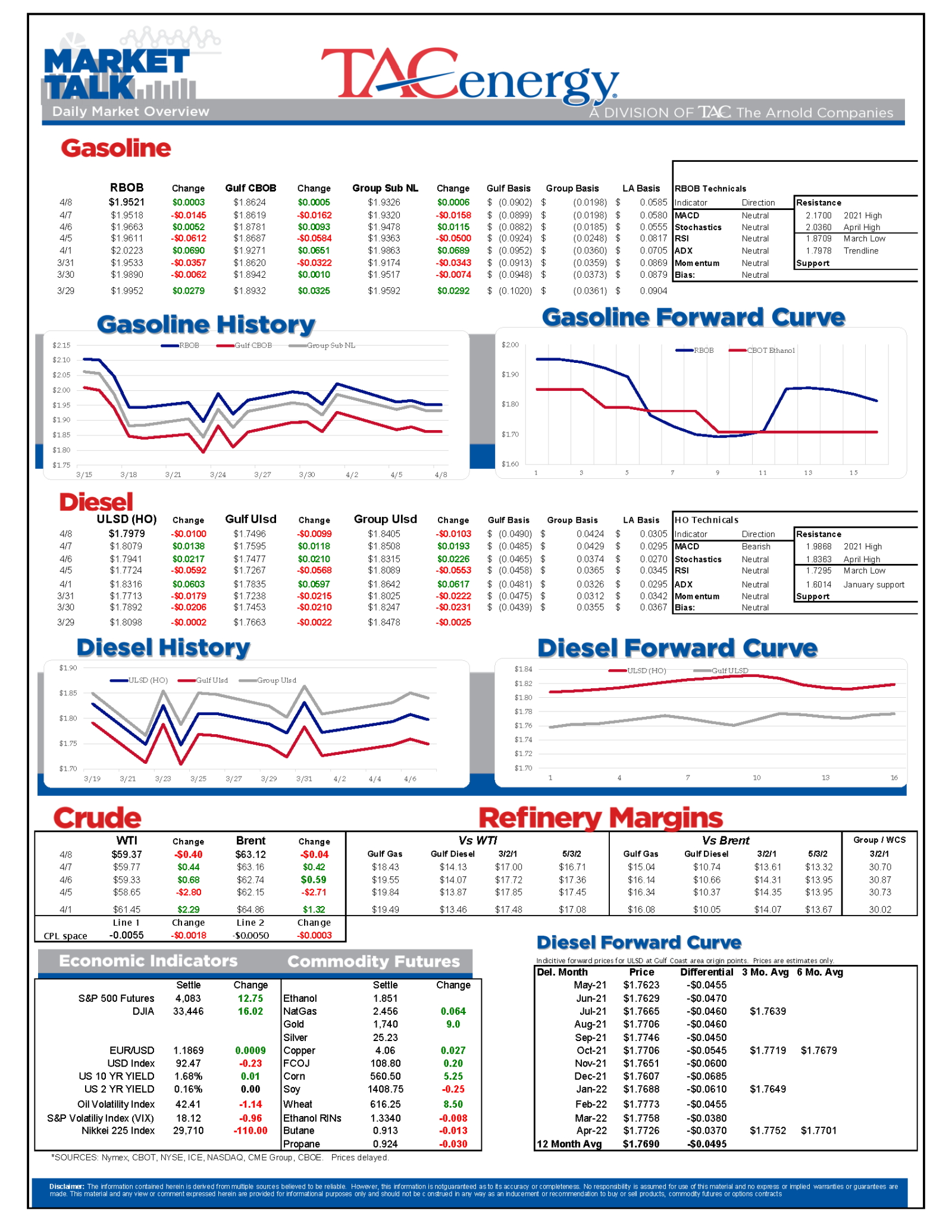