Energy futures were bouncing back early Tuesday morning after their first day of selling in a week wiped out the new year + highs set Sunday night. The upward momentum seems to have stalled out however, as product gains have been slashed and WTI has ticked into the red in the past few minutes.

The four month old bullish trend is alive and well, and the bulls will argue that OPEC’s decision to hold output cuts even though prices are higher now than they were pre-COVID, coupled with the vaccine allowing economies to restart should keep prices moving higher. Bears will argue that after nearly doubling prices since November 1, this rally has outkicked its coverage, consumption will need years to return to pre-COVID levels, and rising fuel prices will not help economic activity recover.

If we see yesterday’s overnight highs broken later this week, the bulls look to have clear sailing on the charts for another 5-10% of upside, while the risk for a real correction remains as long as we stay below those levels.

Stocks are pointing higher and the U.S. dollar is trading lower, both of which will typically help encourage higher energy prices, even though the correlations between those asset classes has weakened in recent weeks.

It’s two steps forward, one step back in the great refinery restart races with new units coming online daily, while others are failing in their restart attempts and having to push back their forecasted resupply dates.

While the bumpy recovery continues, a new problem has started to emerge: oversupply of regular gasoline grades in several markets are blocking shipments of diesel and premium gasoline in the pipelines, and exacerbating those shortages. This phenomenon was also prevalent for a few weeks last spring when COVID shutdowns hammered gasoline demand while distillate consumption held relatively strong, and will continue to give suppliers headaches for at least another week or two. Since Colonial pipeline operates separate mainlines for gasoline and distillates, this phenomenon “should” not spread to the East Coast, and the push stock needed to get those lines back on schedule are expected in the next week or two.

The EIA this morning highlighted the record decline in U.S. Oil output in 2020, with the Gulf of Mexico and North Dakota leading the production declines. New Mexico was one of the few states that saw an increase in oil output as production in the western half of the Permian heated up pre-COVID.  While most production is expected to increase this year thanks to the rapid recovery in prices, New Mexico is expected to see declines soon due to the expected restrictions on Federal Lands.

Two interesting reads from Reuters, both of which suggest the food vs. fuel debate is destined to be back in the headlines this year.

The boom in U.S. Ethanol Exports heading to China. This surge in exports could help explain some of the recent rally in D6 RIN prices, as exporters are required to retire RINs within one month of the export event. 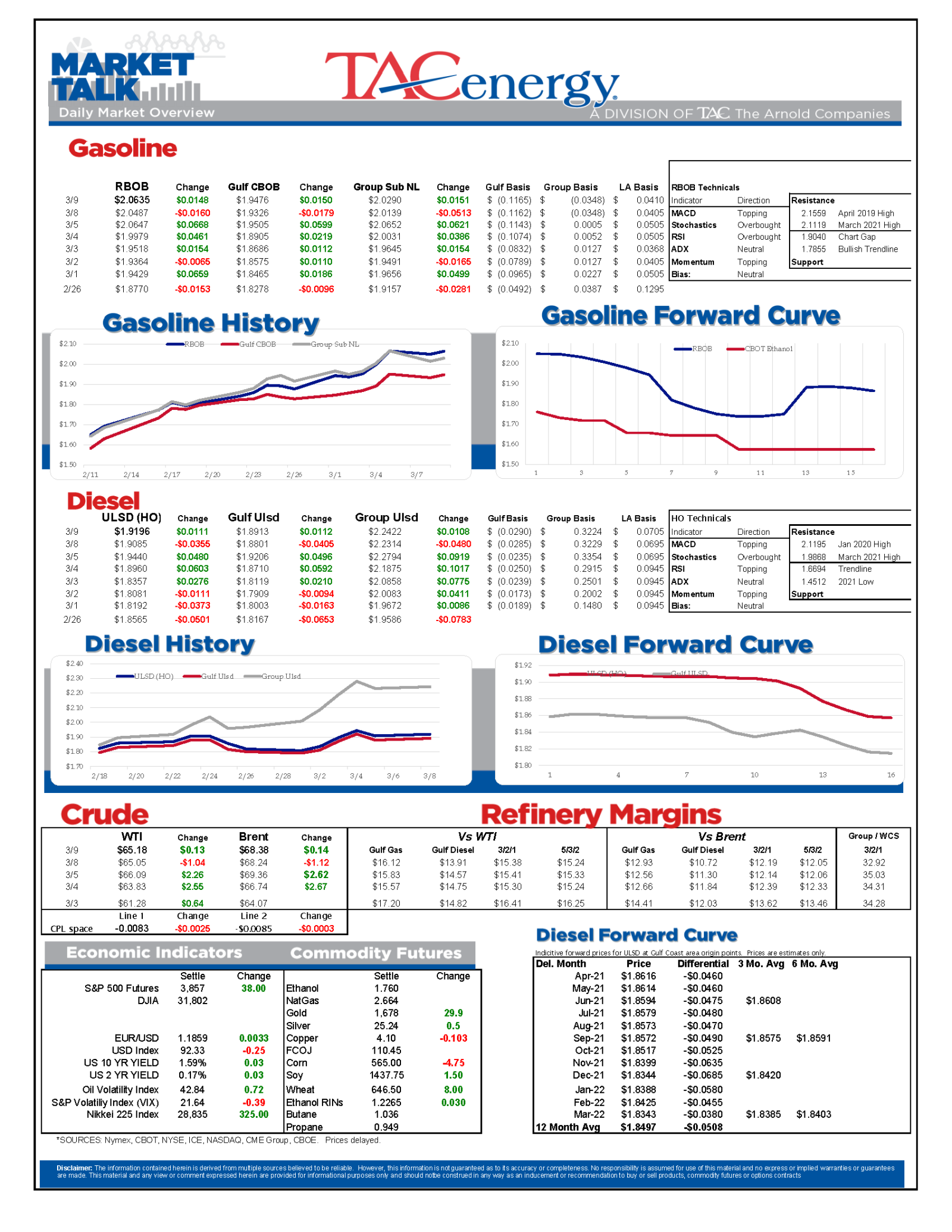