It’s a quiet start to trading a day after crude oil and gasoline contracts shrugged off weaker equity markets and a stronger dollar to post a 5% rally. Inventory draws in crude oil took much of the credit for the rally, although demand estimates showed there is still plenty of work to be done to get consumption back to pre-COVID levels. The FED signaled it wouldn’t raise interest rates for nearly three years in its FOMC announcement, which also earned some credit for the rally in energy prices. Whatever the cause, this week’s bounce has reduced the risk of a near-term technical collapse, with the low prices from June passing their first major test of their chart support capabilities. Longer term there is still plenty of downside risk on the charts unless prices can push through their August highs.

Hurricane Sally made landfall with winds over 100 miles an hour, but like Laura a few weeks ago, spared refiners in the path with a late eastward shift. The plants that had reduced rates ahead of the storm appear to have avoided major damage and terminals in the region quickly reopened even as the system continues to dump huge amounts of rain and create widespread flooding.

Although it doesn’t have a name yet, the largest current storm threat could be the disturbance over the Southwest Gulf of Mexico that’s being given 90% odds of forming over the next five days, and looks like it will head north and east, putting the refining centers once again in the threat zone. Speaking of names, there’s just one name left on the list for 2020, and since that will probably get used up in the next few days, we’ll then move on to the Greek names to finish out the record setting season.

The chorus of concern for diesel continues as the DOE’s weekly demand estimate dropped to its lowest level since May last week, and inventories are once again on the cusp of reaching a record high. Add to that the incremental supply from barrels normally destined for jet fuel production and it appears that diesel may remain the weak link in the refinery chain, after more than a decade of being the primary moneymaker for many. 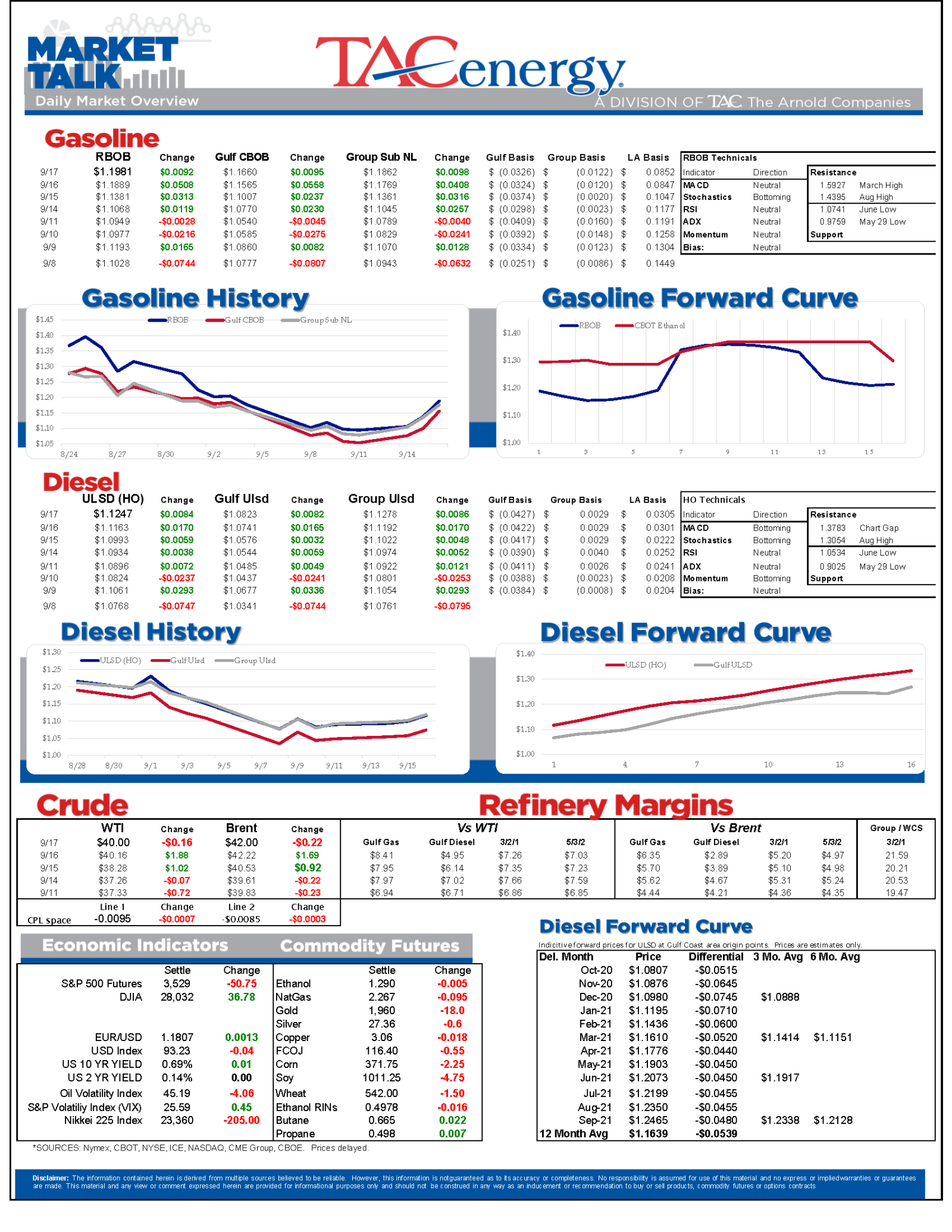 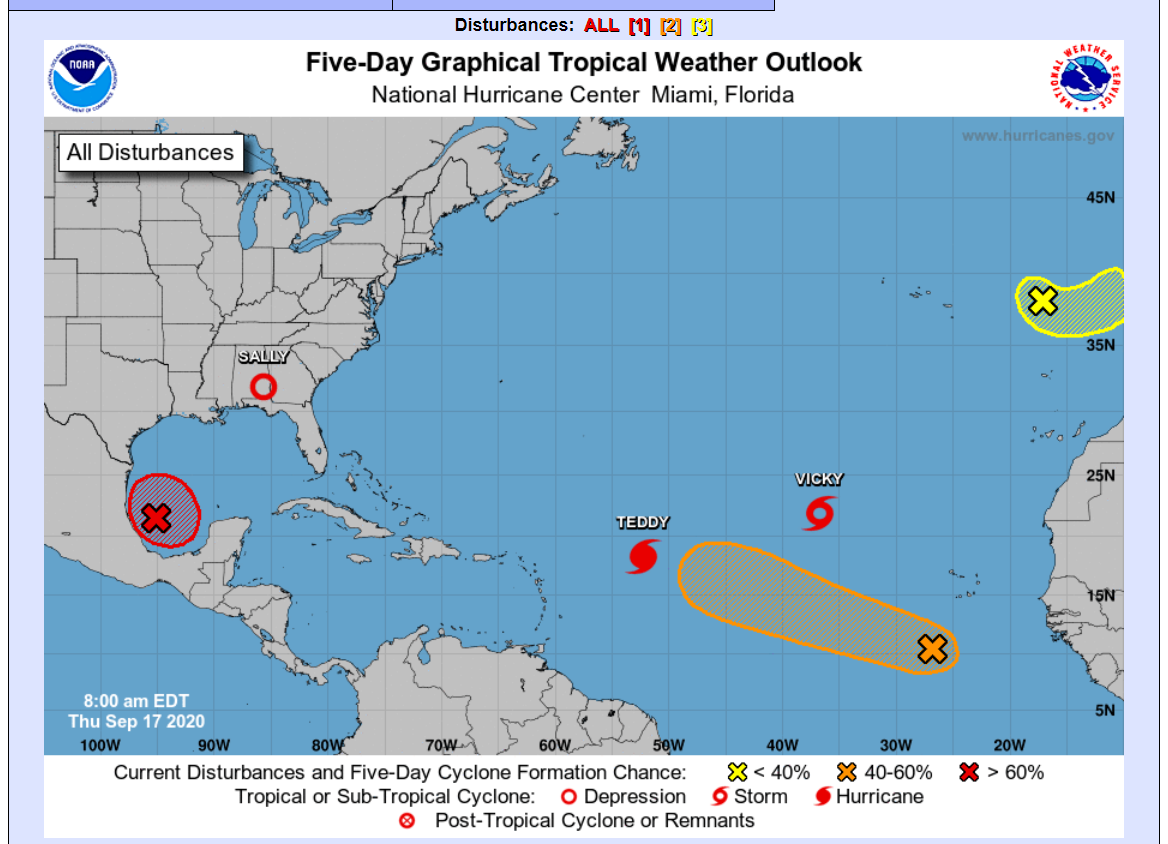 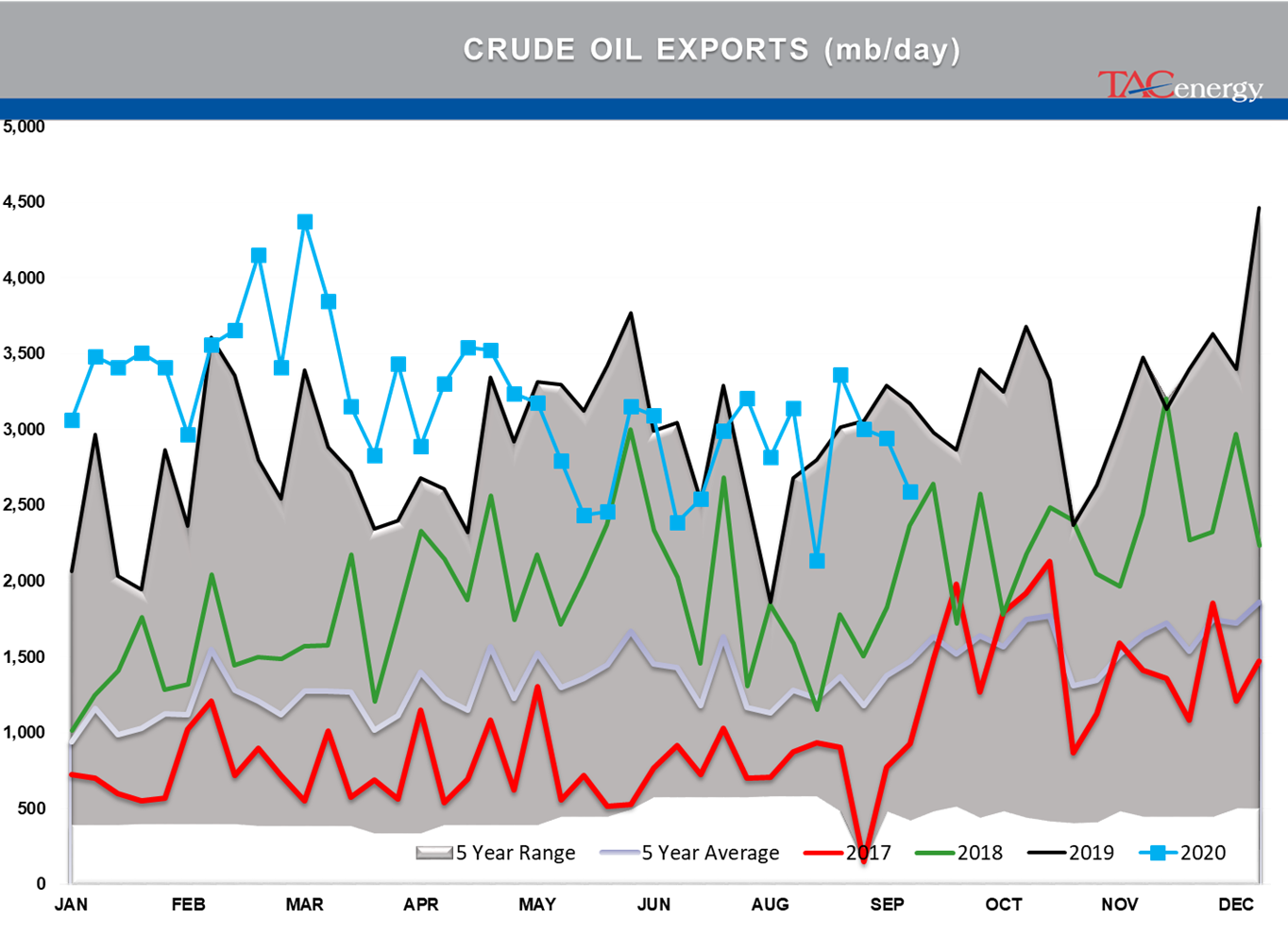