Oil & equity prices are pulling back from Multi-year highs, after the FED (finally?) acknowledged higher levels of inflation and suggested it would start tightening its monetary policy earlier than previously thought. The moves in both asset classes has been relatively minor compared to some of the huge FED-induced swings we’ve seen in prior years, likely because despite that more hawkish tone,  the earliest interest rate increases are still expected to come in 2023, and no timeline was given for reducing their asset purchases.

RIN values have dropped around 70 cents (30-35% depending on the type/vintage) in just 4 trading sessions since reports that the President was considering relief for refiners from the RFS. Wednesday a group of democratic members of congress urged the EPA not to allow that relief since their constituents can make money turning marginal farmland into 198 proof grain alcohol that we can put in our cars even though several studies suggest those ethanol policies are worse for the environment than gasoline. Any action from the EPA is expected to come after the Supreme Court rules on the small refinery waivers to the RFS, which could happen any day now.  So far this morning RINs have found a bid a penny or two higher than where they left off Wednesday night, so the bleeding seems to have stopped at least temporarily.

There’s a good chance the storm system churning in the gulf will be named Claudette by the weekend, with heavy rain expected to start reaching refining country tomorrow. Forecasts suggest that wind shear and dry air will prevent this system from becoming a hurricane before it reaches land, and it’s been 35 years since a hurricane hit the Gulf Coast in June, but we’re all about breaking precedents recently, so don’t expect that bit of history to mean much.

Getting back to normal: Yesterday’s DOE report showed numerous data points from total petroleum demand, to refinery runs getting back into their typical seasonal ranges, even if not quite yet back to pre-pandemic levels. PADD 1 inventories are back towards the top end of their seasonal ranges, 5 weeks after dropped off a cliff when Colonial pipeline was shut down. Increased imports show how the world is ready and able to jump in to help alleviate tight supplies as long as the market will pay them to do so.

Who needs Keystone? PADD 2 refinery runs spiked last week to their highest levels in nearly 2 years. The lack of a Keystone pipeline means less competition for crude coming from Canada, giving those plants an economic advantage on their inputs, while they’ll struggle at certain times of the year to find a home for their output. 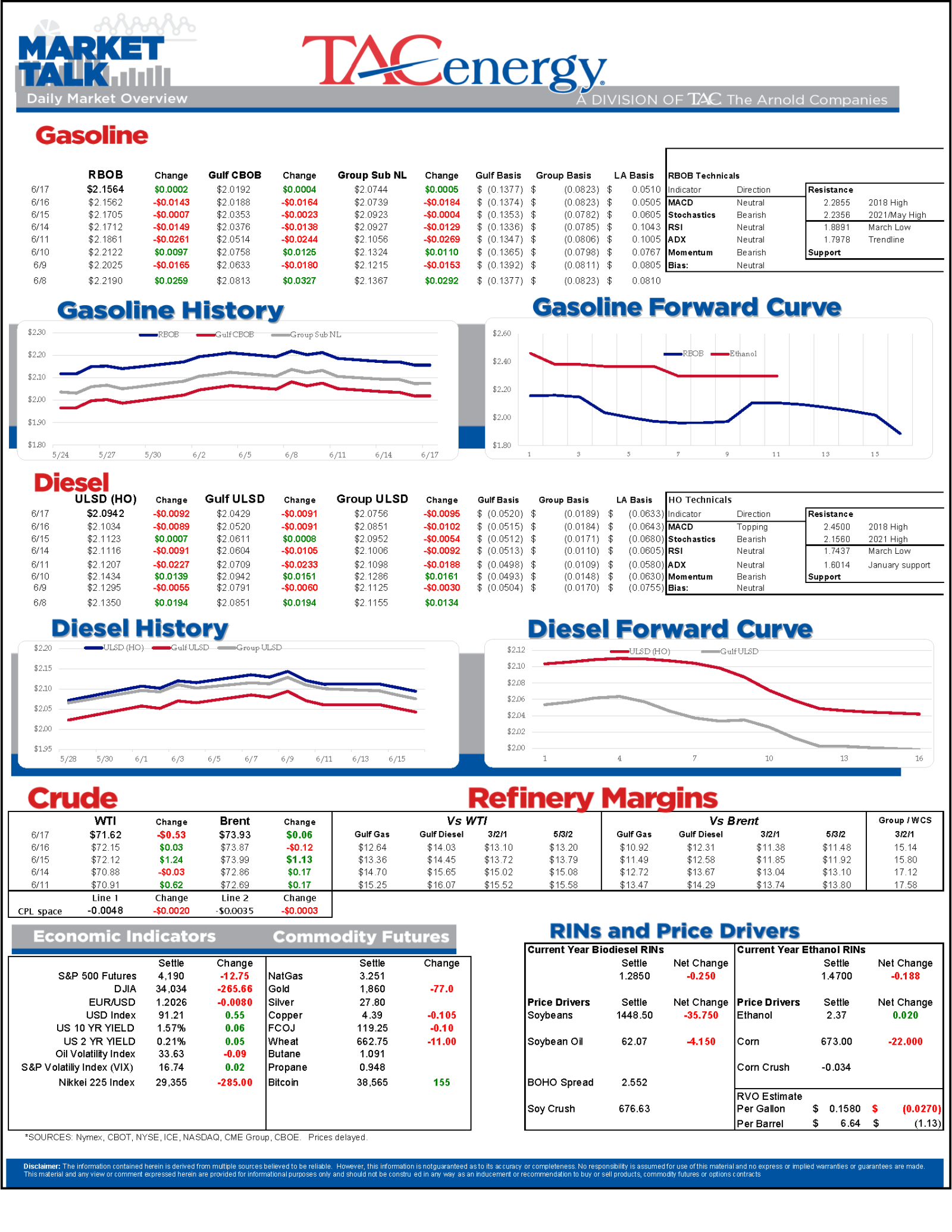