Fear has taken hold of global markets with equity and energy prices selling off sharply as the coronavirus outbreak accelerated over the weekend. Concerns about the impact to the global economy are far outweighing new threats to oil supply in Libya, Kazakhstan and Iraq, with energy futures reaching multi-month lows.

If you look back to the SARS outbreak in the early 2000s, oil prices dropped by 1/3 during a similar wave of panic selling, and took a year to recover those losses. With oil prices already down around 20 percent in the past three weeks, it’s not hard to imagine that prices could end up being cut by 1/3 during this contagion sell-off. A counter argument would be that SARS effected Hong Kong a major travel hub, while this virus is coming from a relatively unknown inland city which may mean less impact on demand.

ULSD futures have been the hardest hit during the past few weeks, reaching their lowest levels in a year overnight, more than 45 cents below their high trade from January 8.

Money managers were not scared off by the first wave of selling, with large speculators adding to their net long holdings in WTI, Brent and RBOB contracts last week. The COT report data is compiled as of Tuesday, so we won’t know how they weathered the larger round of selling to end the week until this Friday’s report, although given the crescendo of selling we’ve been witnessing, it seems likely the speculative funds are racing for the exit.

Baker Hughes reported an increase of three oil rigs last week, a second consecutive weekly gain after declining for most of 2019. 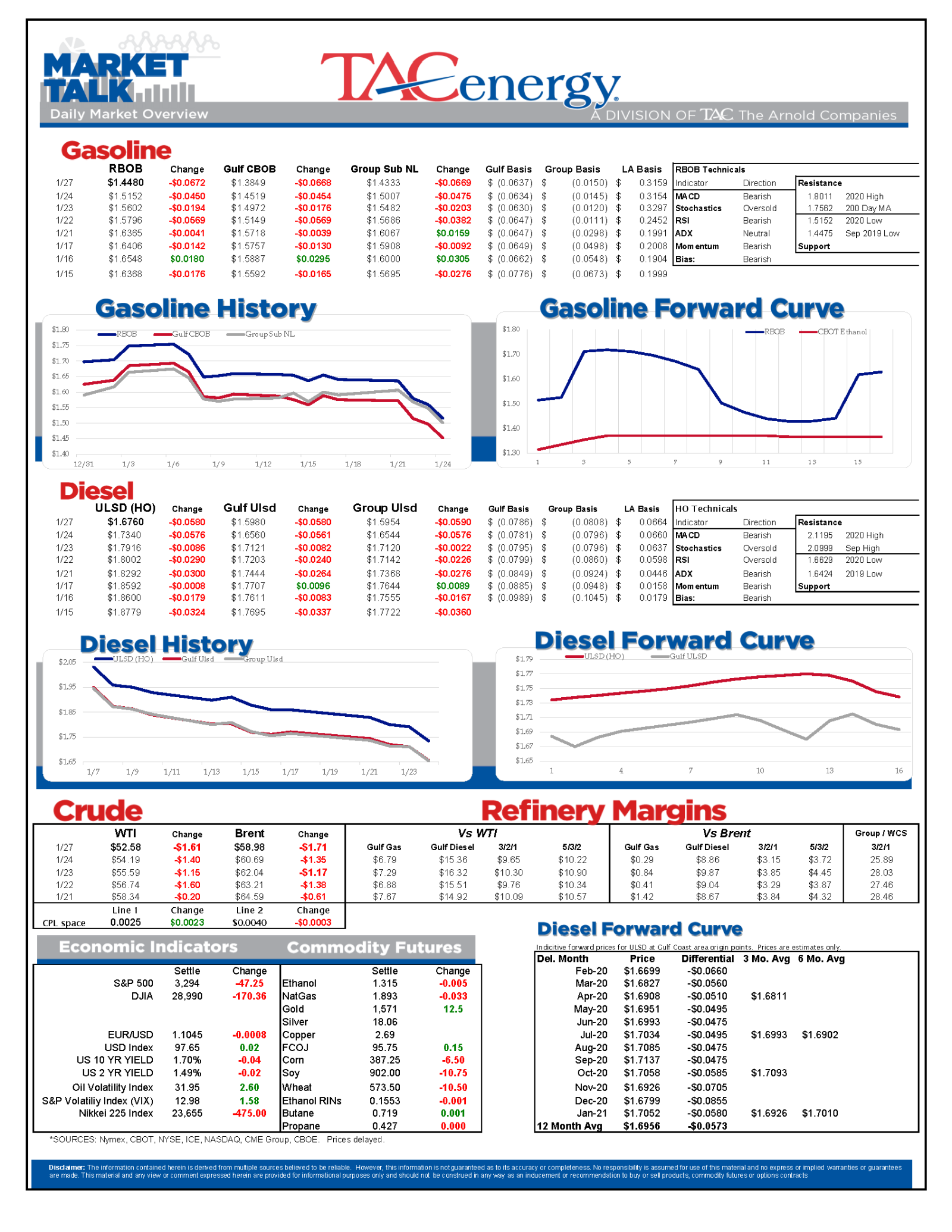