Fear Is Back In The Driver's Seat

Fear is back in the driver’s seat for many markets this week with gasoline prices down 19 cents since running into resistance at the 200-day moving average Tuesday, and diesel is down a dime in that two day stretch. Equity market are seeing similar selling across the board, as new restrictions imposed by states have many fearing a demand collapse like we saw this spring.

If you just saw the 10 cent drop in gasoline prices or nickel drop in diesel Wednesday, you might justifiably assume there were some ugly inventory numbers in the DOE report that sent the market reeling. In reality, the DOE report was fairly neutral with only minimal inventory changes and a strong increase in both gasoline and total petroleum demand on the week.

The head scratching numbers from the DOE were the sudden increase in crude oil production of ½ million barrels/day on the week, and the reduction of 600 of the unaccounted for crude oil. It seems that either the agency is either demonstrating how challenging it is to estimate oil production made up of thousands of individual wells on a weekly basis, or actual output has actually recovered much faster than just about anyone expected in the past couple of weeks. That increase in output was enough to offset increased refinery runs and a strong week for exports to push total U.S. crude oil inventories to a new all-time high.

Gasoline demand is now roughly ¾ of the way back from its COVID-19 slump after a big jump last week. Total U.S. consumption is now estimated at 8.6 million barrels/day, up from a low of five million barrels daily during the worst of the initial stay at home period, but still more than a million barrels daily below where we should be this time of year. It seems safe to say that the market is currently more concerned that we’re going to see another drop based on the states’ reactions this week rather than a continued climb in the coming weeks. 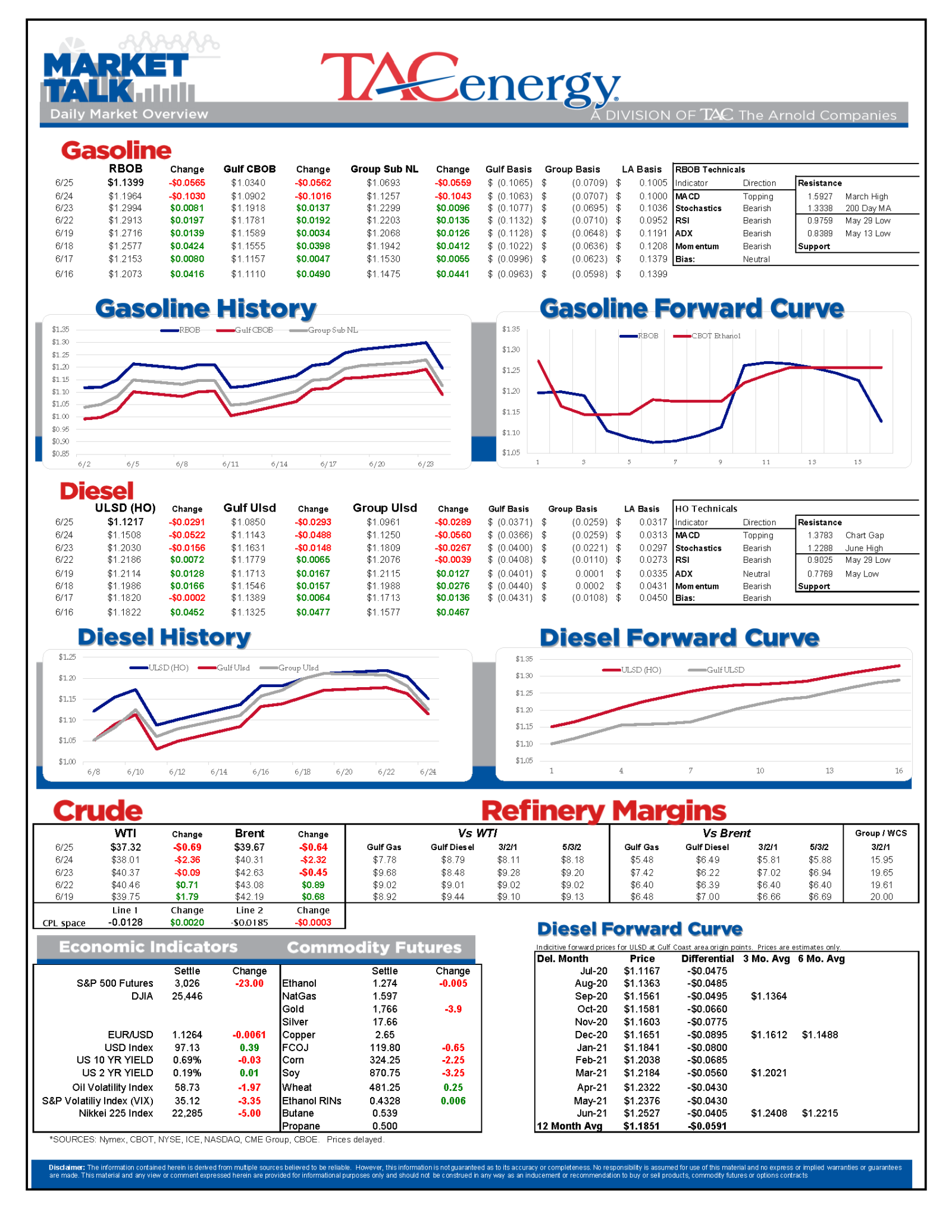 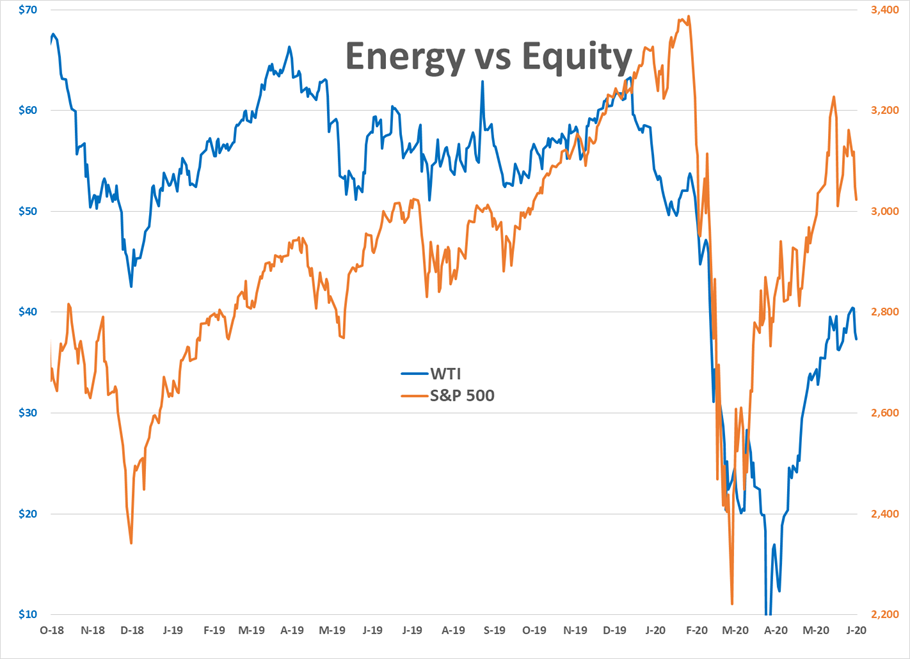 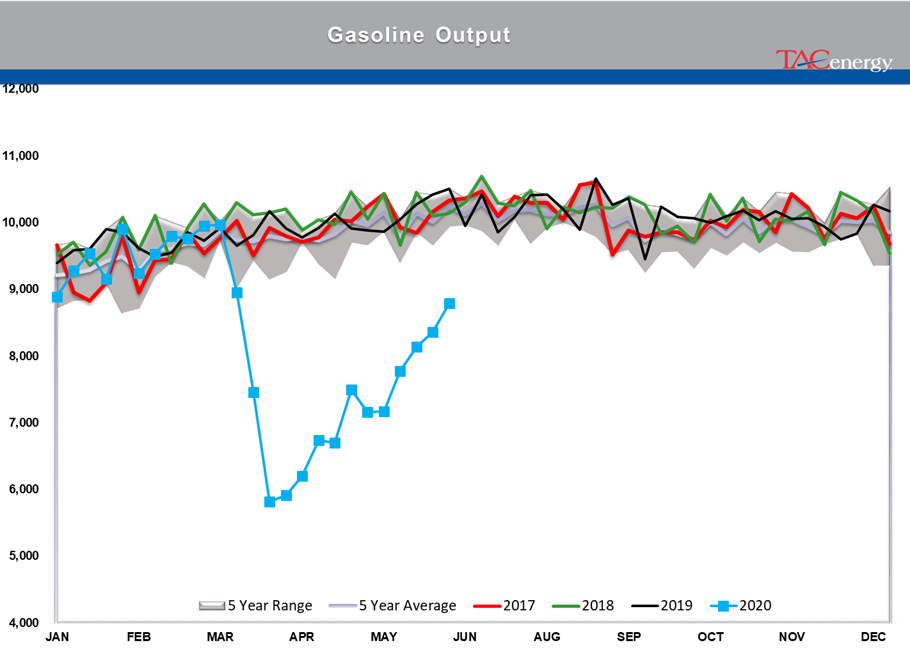