Equity Markets Ride High On Hope Instead Of Fear

Equity markets are riding high on hope instead of fear to end the week, as stimulus is spreading in record amounts and countries are talking more about plans for reopening for business. Energy markets are having a hard time keeping pace as doubts about near term fundamentals are keeping a lid on prompt prices, even though forward values are finding buyers, pushing the correlation between the two asset classes to the lowest levels since the crisis began.

The May WTI contract seems to have decoupled from the rest of the energy train this morning, trading two dollars/barrel (10 percent) lower on the day, reaching a fresh 18 year low at $17.53. Most other contracts in the complex (including the forward month WTI contracts) are making small gains so far.

Setting up for failure? RBOB futures failed to hold above the $0.77 resistance layer for the fourth time in five trading sessions Thursday, and appear to be forming a dangerous topping pattern on the charts that could set up a test of the $0.37/gallon-lows set in March. While futures seem to have stalled out temporarily, basis values in several markets have rallied sharply this week on news of more refinery cut backs, and rumors that additional refinery closures may be coming soon.

A handful of states have formally requested a waiver of the RFS to help get their refining companies through the crisis. RINs drew back from multi-month highs following the report, but the selling was modest as no action from the EPA is imminent, and the Big Ag lobby will no doubt respond in force. 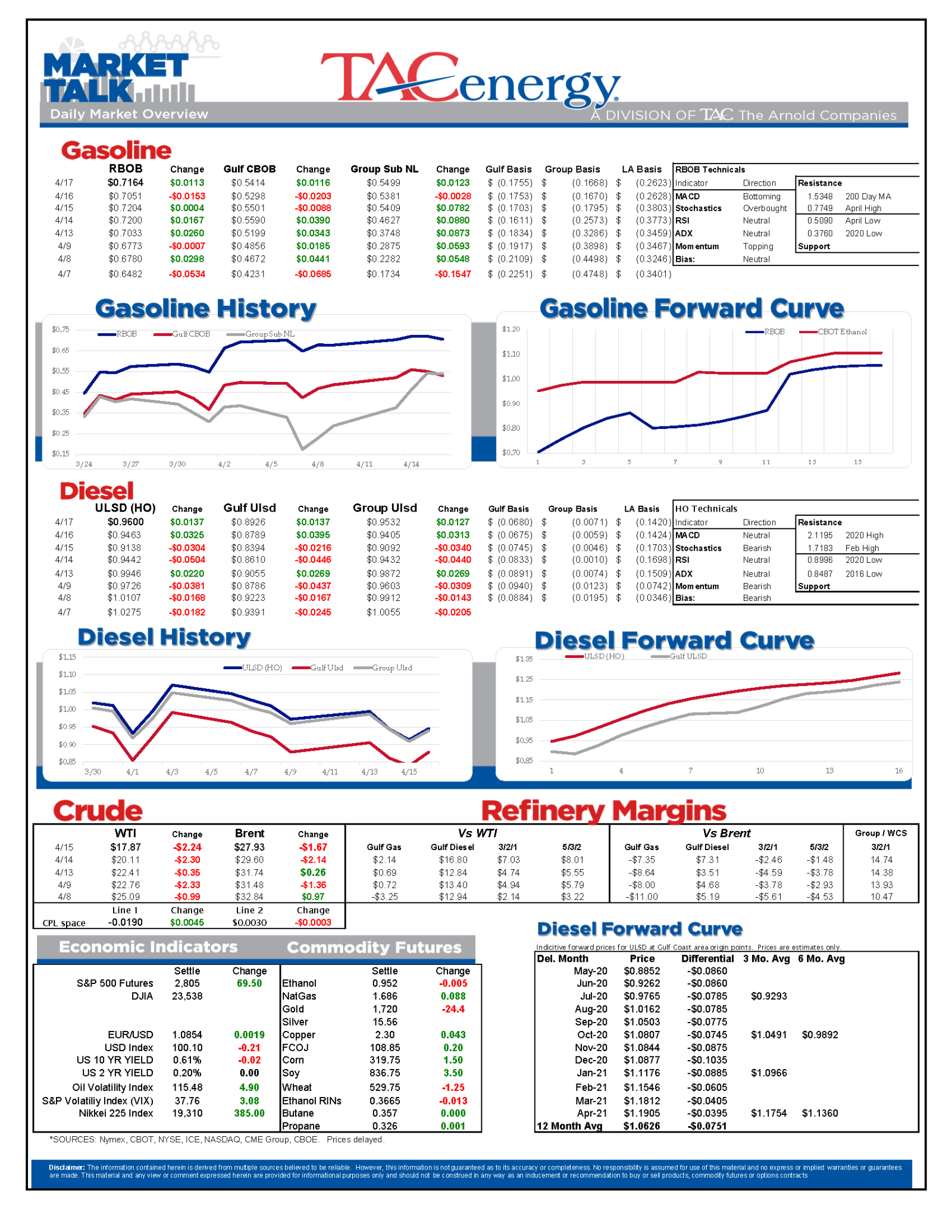 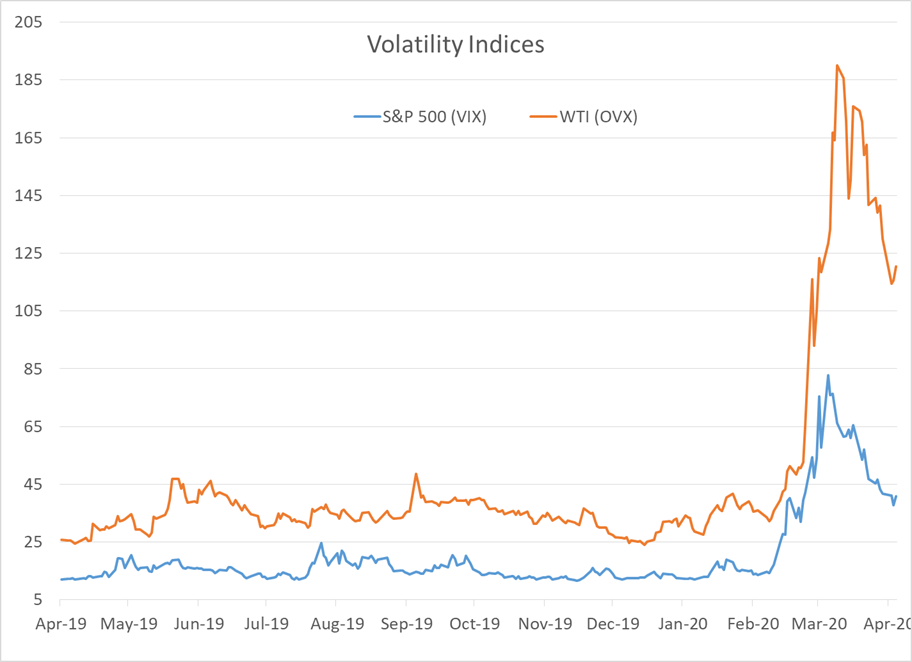 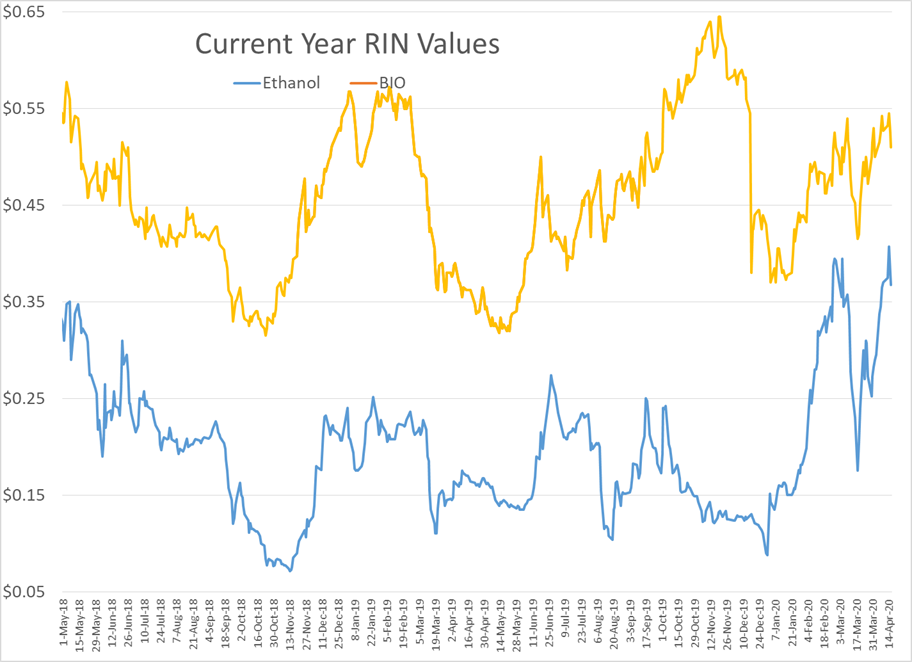