If you went to bed early last night, you might see the early selling in energy markets as a sign that tensions in the Middle East are returning to a normal level. Of course, if you’re reading this, you already know that’s not the case, and that prices swung more than 10 cents overnight after Iran launched missiles at U.S. military outposts in Iraq.

The key elements in the reversal from 8 cent overnight gains to 2 cent morning losses appear to be the lack of casualties from the attacks, the targeting of military assets not energy assets, and signals from the U.S. that no further retaliation is imminent. That said, both countries’ leaders will be making statements later today that could either continue to lower the tensions, or set the stage for the next round of violence, so it would not be surprising to see more volatile action.

Speaking of volatility, the Oil Volatility Index (OVX chart below) has spiked in the past week due to the escalating violence, but remains well below levels we saw most of last year, in another sign of the price buffer created by the world’s surplus of petroleum supply.

In fundamental news, the API was said to show large builds in refined products last week, with both gasoline and diesel stocks up more than six million barrels, while oil stocks were down one million barrels. Those types of product builds are consistent for this time of year when demand dies up, and would mark the largest weekly increase in gasoline stocks since this week a year ago, if confirmed by the DOE in their report due out at its regular time this morning.

While most eyes are focused on the action in futures, the west coast is heating up again as CARBOB basis values have surged nearly 20 cents this week, following unconfirmed reports of another refinery issue in the L.A. area. 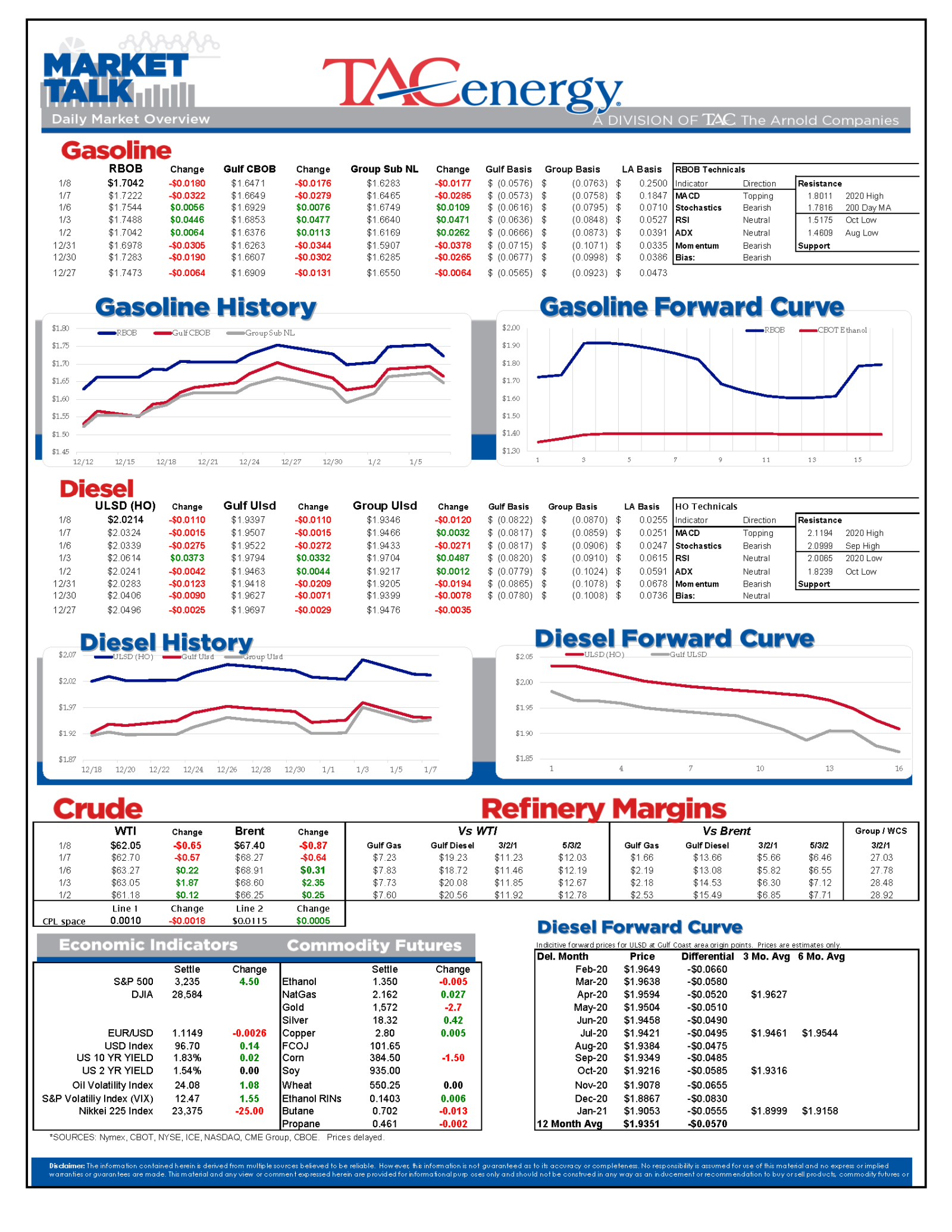 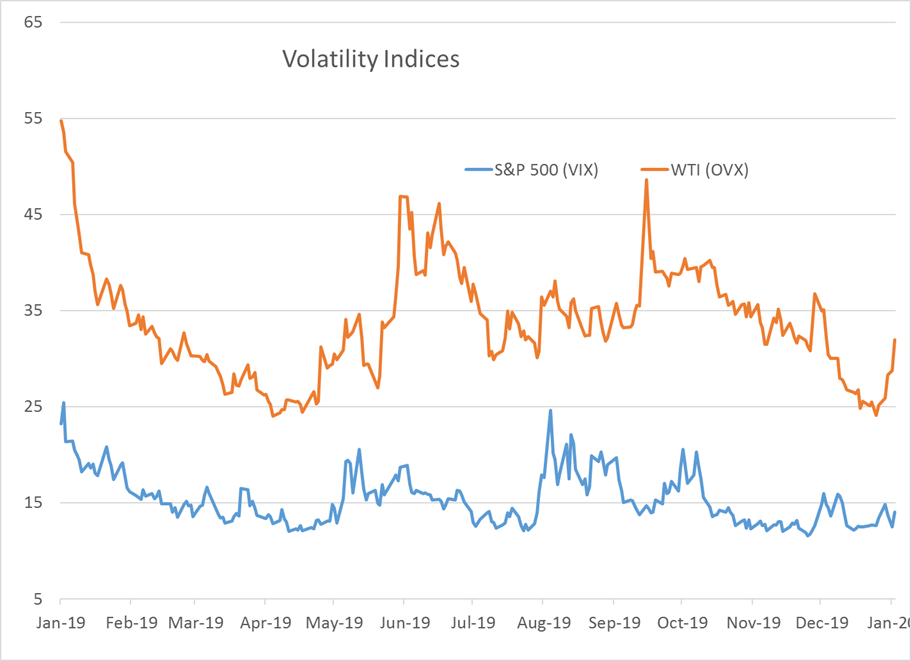